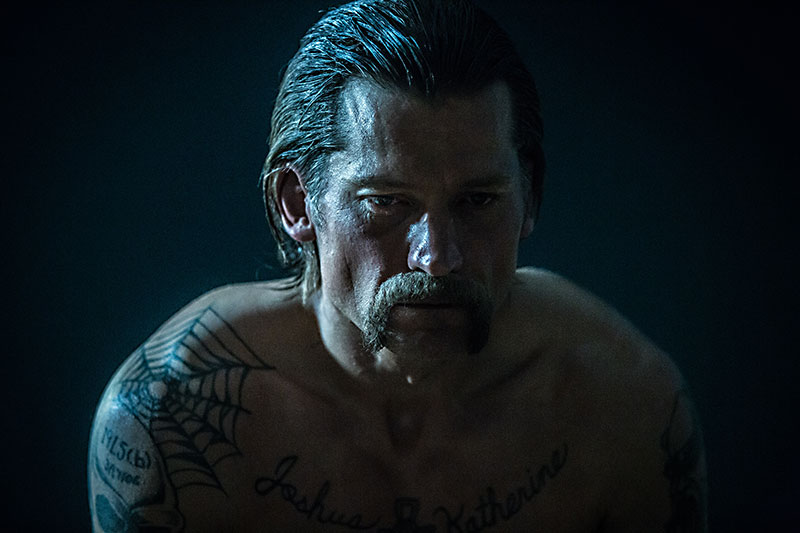 Ric Roman Waugh has stories about prisons. Like the lifer so hardwired by solitary confinement that, even when he was let out in the yard, he'd walk an invisible rectangle the size of his cell. Or the 17-year-old joyrider who got caught up with organized crime, and now won't see the outside world until he's 77. Those stories are channeled into his latest film, Shot Caller, a brutal and realistic noir set against California's penal system.

There's a career whiplash for Waugh. The L.A. native turned Austin resident started in films as a stunt man, but was inspired by director and mentor Tony Scott to move behind the lens and tell his own stories. This month, he begins shooting Angel Has Fallen, the third installment in the blockbuster Olympus Has Fallen/London Has Fallen franchise. Yet in the transition between careers, he spent time as a volunteer in the California parole system. That may sound like an odd diversion, but it's based in Waugh's core creative mantra: Authenticity begets authenticity. Before writing his first feature, he spent two years up-close with the reality of life inside and out of some of the most terrifying and dehumanizing punishment institutions in America. He said, "No one knew I was a filmmaker, so it was a way to get into the system and see it from the inside out." He channeled all that research into his work, with the aim of showing the reality of America's prison system. "Dispel all the cliches and the stereotypes, but then reaffirm the things that are true."

In Shot Caller, the guards run the gates but the gangs run the yard. Nikolaj Coster-Waldau (aka Jaime Lannister from Game of Thrones) plays Jacob, a businessman who makes one dumb mistake and ends up in jail. On his first night, he faces a cold, hard choice: Become a victim of violence, or learn to wield it. In time, he goes from lowly nobody to Money, a high-ranking member of a white power gang. He becomes the titular shot caller – not the toughest guy, but the most respected and feared. Waugh said, "They're not the guys who are 6'7", 300 lbs. They're these wiry guys who are very small. One of the biggest Hispanic shot callers is 5'6", 130 lbs., and people are scared shitless of him. It's because of his mentality, and his cerebral way of being a warrior. That's what a lot of guys told me: 'I don't watch the big guy on the yard. I look at that little dude, because he's got to prove something, and he's going to prove that, if you fuck with him, he's going to cut your head off.'"

In drawing on his time around cops and convicts, Shot Caller is the third in a thematic trilogy that began in 2008 with Felon, and continued in 2013 with Snitch, starring Dwayne "The Rock" Johnson. Across all three films, Waugh said, "The fundamental question is, 'How far would you go?' That doesn't mean physically, or across your own fears. It means morally."

Waugh conceived Shot Caller as the direct partner to Felon. In the earlier film, Stephen Dorff played a regular guy trying to preserve his humanity in prison: By contrast, Money must shed everything that made him Jacob so that he can survive inside. Waugh originally intended a hiatus from prison stories between the two projects, but then an early draft of Snitch fell into his lap and he felt immediately drawn to it. Just as Felon was inspired in part by the Corcoran State Prison scandal (where guards were accused of pitting inmates in gladiator-style fights to the death), Snitch draws from the true story of James Settembrino. His son faced a 30-year sentence for drug dealing, and so the father cut a dangerous deal with federal prosecutors to reduce his son's sentence. Waugh said, "It's easy to see how far you would go for your own survival, but then to test your own morality of how far you would go to save your child from doing time, that became something where I thought, 'That's a different first-person point of view that has to be told.'"

Those same themes reoccur in Shot Caller as Money works to protect his ex-wife (Lake Bell) and son (Jonathon McClendon) from the man he must become. Not that he is excused for his crimes, with Omari Hardwick as Kutcher, Money's parole officer, acting as the film's true moral conscience, and paying his own price for keeping the streets safe. Instead Waugh explains Money's transformation, summed up in one line from another shot caller called Bottles (Burn Notice's Jeffrey Donovan): "We all start out as someone's little angel." Waugh said he was under no illusion that there are some real monsters in the U.S. penal system, "and they should never see the light of day." However, he added, "A number of people have said that if Gandhi went to prison, he'd be a cold, hard fuck by the time he came out. ... The majority of the people I have met who are doing time, or have done a lot of time, really talk about how your morality is tested. And no matter how much you try to maintain your morality, and maintain what you think society's rules are, and what your parents are going to think of you, and what your family is going to think of you, you're forced into situations where you slowly become more and more desensitized into coercing others, into manipulating others, into inflicting violence on others."

The transformation can be as much physical as mental. With a set filled with extras that had done real, hard time, Waugh made his cast go through the same arduous, time-killing, life-saving workout regime that the incarcerated go through, to ensure they would blend in, and not look like actors in a prison yard. That included doing 500 Navy SEAL burpees – a squat thrust with three leg-extension push-ups between each jump – every morning. Even former UFC fighter Keith Jardine, who plays Money's cellmate Ripper, was stunned by that regimen, but for Waugh it's a reflection of the terrifying dedication to preparation for violence. "Their whole thing is, 'If we're in an altercation, I'm going to have enough air to go for an hour if I need to. You may stab me once or twice, and then you're going to run out of gas, and I'm going to hand it to you.'"

Yet Waugh goes to great lengths never to lionize the inmates, even in the context of a criminal justice system that seemingly excels in producing, not rehabilitating, criminals. Nor does he want to present simple solutions, or advocate for certain prison reforms. Instead, he said, "My job is to put you on the 50-yard line of a controversy, and to show you it at face value. To not pull any punches, and to be unflinching about it, so that you come out of the theatre and go, 'I get it. I get what prison can do to people.'"

A version of this article appeared in print on August 18, 2017 with the headline: Laying Down the Law 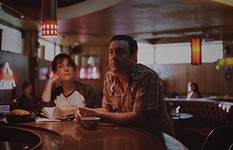