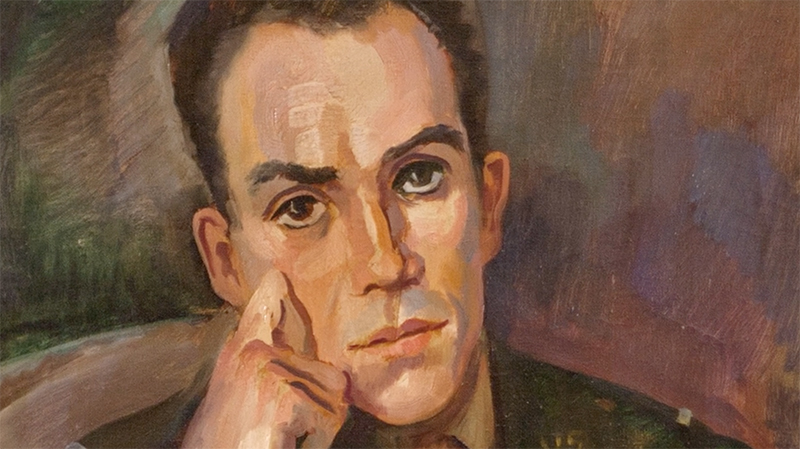 A painting of Joe T. Meador

Sometimes you've got to leave home to come back. When Cassie Hay left tiny Denison, Texas, after high school, she thought she'd go to New York for film school and see the world. "All I wanted was to leave and get out," she said. But her new documentary, The Liberators, takes her back to that small town as the gateway to an international mystery.

Hay was too young to remember the strange tale that became the subject of her movie, and only found out about it in 2004 by accident. She said, "I was having dinner with my parents' friends, and they just happened to bring this case up. They said, 'Wasn't that crazy?' What are you talking about? They said, 'They found hundreds of millions in Nazi gold in the bank in Denison.' I thought, This is crazy. How have I never heard about it?"

What hit the headlines in 1990 was bizarre enough: a collection of lost medieval artifacts, the treasures of Quedlinburg cathedral in what was then East Germany, turned up in this small North Texas town. What Hay's documentary uncovers is even more enigmatic, a mix of Monument Men and Midnight in the Garden of Good and Evil involving warfare, looting, seduction, international law, the art black market, even Nazi occultism. The suspect was the most unassuming figure imaginable: Joe T. Meador, a World War II veteran who carried out the international art heist of the century under the cover of war. Hot on the trail were New York Times reporter William Honan, and Willi Korte, the world's greatest art detective. Hay said, "He does not like being called the Indiana Jones of the art world, but he kind of has that life."

The story percolated in the back of Hay's mind for a decade, as she built a career as a location scout and production accountant on shows like Bored to Death and Smash. However, in 2014 she decided to move back to Austin, and the Denison story came calling. She said, "I thought, You know what? I have to make this story. It's too great, and everyone's going to be dead soon, so I better get on it."

It became a globe-trotting expedition, bouncing between New York, Denison, and Quedlinburg. "The scariest part was calling the Germans, and literally typing into Google Translate what I wanted to say, and then trying to say it in German." However, she soon found that, beyond the language divide, Quedlinburg was a typical small town – "kind of like Denison, in a way." Moreover, going back to her roots, and finding the strange buried secrets, has given her a fresh perspective on the little town her teenage self couldn't wait to leave in her rearview mirror. "Now I can appreciate all the things that were unique about it, and all the great characters that live there, really getting to look at the town in a different light."