Man of a Thousand Faces 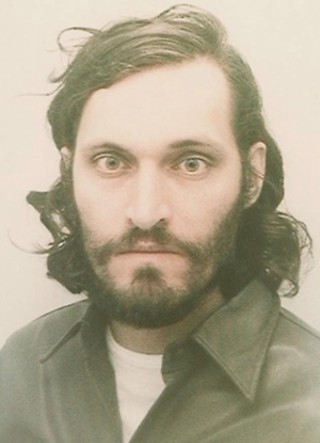 "Do you really think I spent 3½ years making a movie, losing my house, losing my girlfriend, going to the hospital twice with a nervous breakdown, losing my life savings, losing my hair, you know, so that I could be blown by Chloë Sevigny?" asks Gallo.

On his breakthrough Buffalo '66, which he wrote, directed, scored, and played the lead alongside an 18-year-old Christina Ricci: "Every idea that I had for that movie I had to fight for ... to get on the screen, thinking the whole time no one was ever gonna see this movie. Even the film stock was impossible to develop. So when people embrace the film or when they come up to me and they say, 'Oh it's my favorite; it's so funny,' it's interesting that it has appeal on many levels. It has basic appeal ... people can connect with it in all forms. And so that's a surprise; it's nice. But that project was no less inspiring or original to me or coming from me than anything else that I've done."

Putting film aside for the moment, Gallo will be in Austin Monday night as part of a 16-date tour with his new band, RRIICCEE, featuring Eric Erlandson (formerly of Hole), Rebecca Casabian, and Nikolas Haas (Lukas' younger brother). RRIICCEE is not touring to support a CD, has no current plans to go into the studio, and will be composing their music live onstage.

"I enjoy being in a group where everybody is really connected and we're not following the protocol, like we're thinking on our own, whatever it is. If we feel like making a record, we'll make a record. If we don't, we won't. There's nothing fun for me about playing the same songs every night. There's nothing fun for me in using a musical vocabulary that I'm so familiar with and isn't better than me. All I'm interested in doing is making things that are more interesting than me and my own vision and my own level of understanding of them. That's the goal here with this project."

RRIICCEE performs Monday, Dec. 3, 9:45pm at the Alamo Drafthouse at the Ritz. For tickets and more info see www.alamodrafthouse.com.