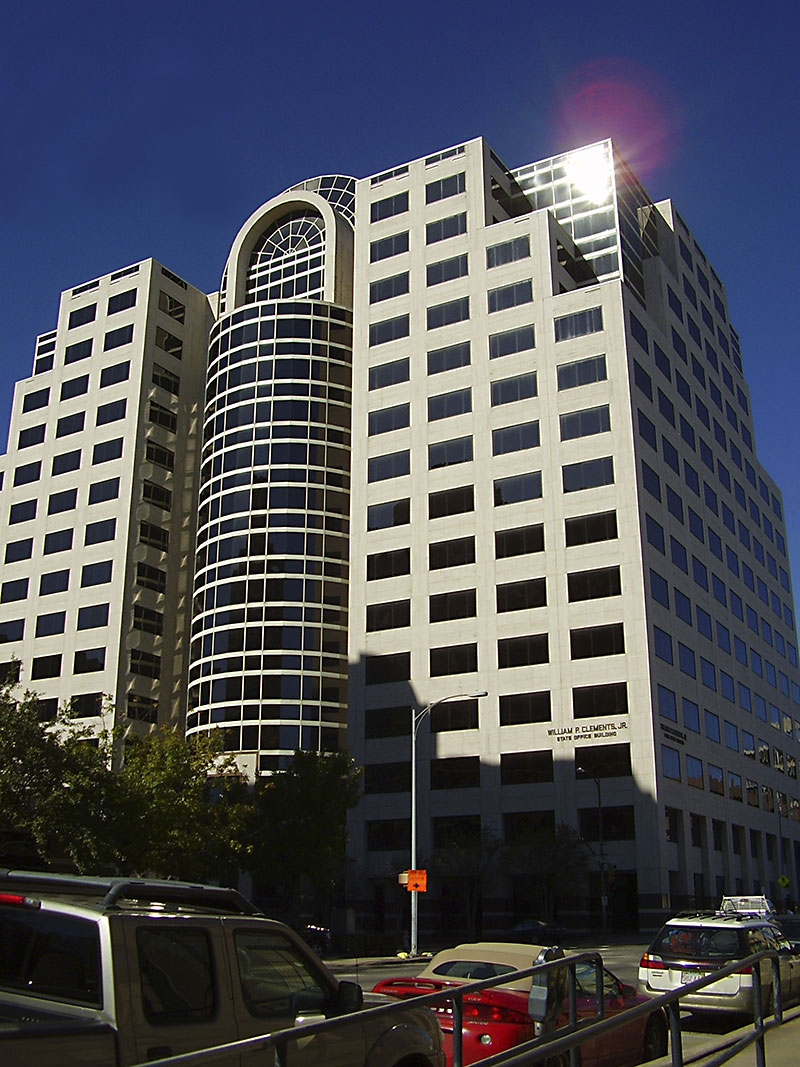 The State Office of Administrative Hearings

In late February, Chief Administrative Law Judge Lesli G. Ginn demanded the resignation "in lieu of termination" of ALJ Hunter Burkhalter, whose decision in a Texas Medical Board case had resulted in a formal complaint from the TMB. At the time, the only explanation she offered to the TMB (or others) was Burkhalter's use, in a 77-page ruling, of the phrase "an attractive woman" to describe one witness (see "Medical Board Loses a Case," March 16; "Uproar Over Judge's Dismissal at SOAH," April 6).

Two months later, following strong defenses of Burkhalter from persons both inside and outside the State Office of Administrative Hearings, and calls for Ginn's resignation or her removal by Gov. Greg Abbott, Ginn has doubled down on charges against Burkhalter, accusing him of sexist bias, and of basing his PFD (proposal for decision) on the relative attractiveness of the female witnesses. In an April 24 letter to Sens. Brian Birdwell and Kirk Watson (members of the Senate Committee on Nominations), Ginn makes those allegations, and concludes that by basing his decision on his "personal opinion of 'physical attractiveness' and 'female beauty,'" Burkhalter violated SOAH standards requiring that witnesses should be treated with "dignity and respect."

Asked to respond to Ginn's version of his decision in the case of the TMB vs. Dr. Robert Van Boven, Burkhalter commented in part: "Ms. Ginn asserts that I 'considered physical attractiveness in evaluating credibility.' I consider this argument to be so silly that it can only have been made by Ms. Ginn in bad faith. I never asserted that an attractive witness is more credible than an unattractive one, and nothing in the PFD or my letter can reasonably be read to suggest that."

“There is absolutely no doubt in my mind that Chief Judge Ginn fired Judge Burkhalter solely to appease the Texas Medical Board.” – Ron Beal, Baylor Law Professor

After reviewing Ginn's letter and the related documents, Baylor Law professor Ron Beal wrote to the Nominations Committee: "The most important fact to be noted is that Chief Judge Ginn threatened to fire an ALJ, who is highly respected with over 10 years experience and whom she recently promoted, for one word in a 77-page order that merely stated: 'an attractive [woman] in her early 20s' [emphasis in original]. Based on that threat of dismissal, Judge Burkhalter resigned ....

"There is absolutely no doubt in my mind that Chief Judge Ginn fired Judge Burk­halt­er solely to appease the Texas Medical Board who were furious about the decision that he rendered. She thereby violated her duty [under Texas law] 'to protect and ensure the decisional independence of each administrative law judge.'"

Without rehashing the entire episode, the TMB case against Van Boven concerning two patient allegations of sexual "boundary violations" rested upon the questionable premise that a (somehow willful?) male erection is readily discernible and identifiable through several layers of clothing. In the TMB hearing, Van Boven equally plausibly suggested that what the patients might have seen (if anything) was his smart­phone, carried in his front pants pocket.

In any case, the testimony of the "attractive" young woman, the doctor's assistant, was but one item of accumulated evidence in a weeklong hearing – reflecting that if Van Boven were indeed prone to sexual boundary violations (or inappropriately timed erections), his office manager and medical assistant during the period in question might have seen some evidence of it. Instead, she testified she had never seen any such behavior, either with herself or any patient.

Moreover, the medical assistant testified at length about other matters, including Van Boven's office procedures, her various interactions with patients (including the two accusers, of which several interactions were unremarkable), and the overall nature of the doctor's practice. Ginn, who claims to have reviewed the transcript, ignores all this, and strains mightily to conclude that the only effect of the woman's testimony was Burkhalter's use of the word "attractive." If anyone is guilty of disrespecting the woman's testimony for subjective (and calculated) reasons, it is Ginn, not Burk­halt­er. Moreover, in her letter to the senators, she quickly leaps past his actual, nuanced, and lengthy ruling, to his response letter to the scurrilous TMB accusations – using it to pummel him for his presumed bias in favor of "attractive" witnesses. Her pretense that Burkhalter's ruling rested on his judgment of the relative beauty of the witnesses is not just false. It's preposterous, and nowhere reflected in Burkhalter's PFD or elsewhere. 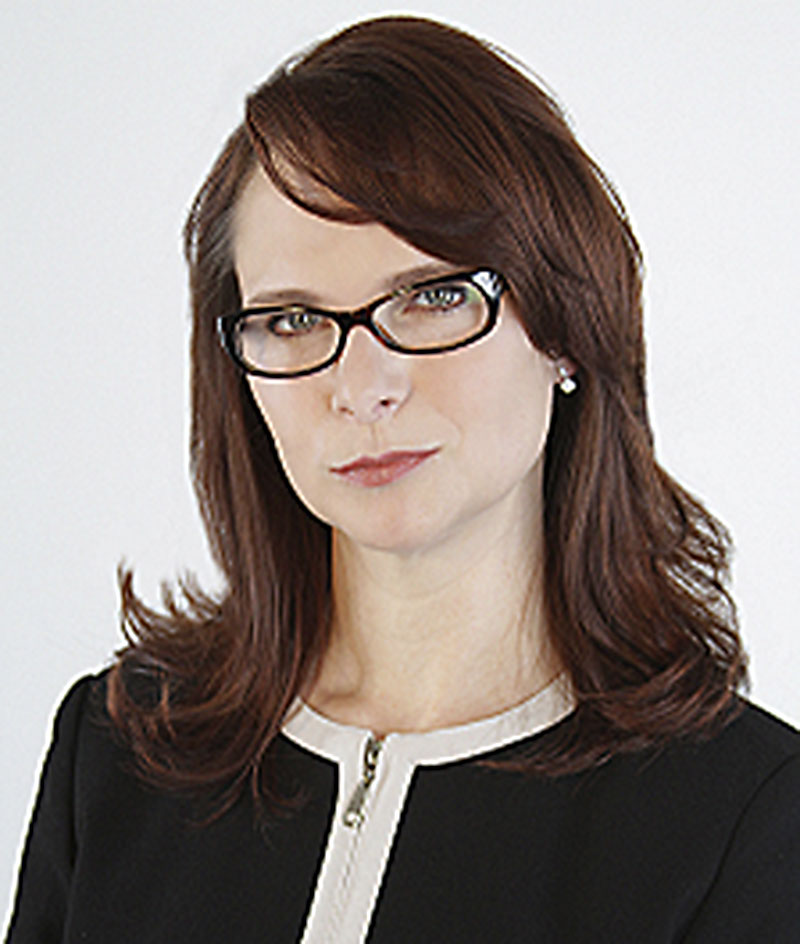 Burkhalter wrote, "I continue to be troubled at Ms. Ginn's fixation on what was a very minor point (i.e. one word) in a 77-page PFD. Her reaction is, in my opinion, so out of proportion to the substance that I can't help but believe her motivations were other than she stated. In other words, it was really that she was cowed by the TMB, and she's concocting an after-the-fact justification. I also continue to believe that her entire handling of the matter stems from her total lack of experience as a judge."

What happens next in the case that has become "Ginn v. Burkhalter" is not entirely clear. A substantial letter campaign continues, from former SOAH officials, administrative law attorneys, doctors, and others, objecting to Burkhalter's dismissal and predicting dire effects on the independence of ALJs and SOAH. Ginn's two-year term nominally expires this month, but during the legislative interim Gov. Abbott is apparently under no obligation to re-submit her appointment, and the Senate Committee on Nomina­tions wouldn't be able to act until that happens. Ginn's local senator – Watson – could presumably have a decisive role in blocking her appointment (or at least encouraging the governor to reassign her), but that too is unconfirmed. Watson told me, "This situation is very troubling for a number of reasons, and all the parties involved bear some responsibility for how troubling it is. I'm continuing to gather information from all sides so that I have the complete picture if and when Gov. Abbott chooses to reappoint Chief ALJ Ginn."

Professor Beal wrote, "Maybe in this critical time when we all are learning about how to conduct ourselves with the opposite sex (the Me Too movement), we should be very careful how we describe each other, [but] Judge Ginn should have used it as a 'learning moment' and not one to fire an excellent judge." In the timing of this particular case, Burkhalter was effectively presented with a daunting dilemma: Should allegations of sexual boundary violations be taken very seriously, or should they instead be considered true by default? The TMB clearly took the latter position, when they reluctantly confirmed Burkhalter's "Findings of Fact and Conclusions of Law" while insisting he was wrong – based on little more than their fear of what Board President Sherif Zaafran described as "the current climate [concerning sexual misconduct] across this country."

In more than a year's worth of investigations, preliminary hearings, depositions, a formal weeklong hearing, and months of decisional considerations, Judge Burkhalter certainly considered seriously, fully, and at great length, the allegations against Dr. Van Boven. In the end Burkhalter ruled, "There are enough implausibilities and issues of doubt raised by the evidence that the [judge] cannot conclude that the allegations ... are more likely than not, true."

That should have ended the matter. Instead, having failed to convict the doctor – although in the process largely destroying his practice and reputation – the Texas Med­­ical Board, and now Chief Administrat­ive Law Judge Ginn, have in turn decided to convict the judge. So much for Ginn's obligation, as she defines it in her letter, to treat "everyone who interacts with SOAH with proper courtesy, dignity, and respect."