Uproar Over Judge's Dismissal at SOAH

The State Office of Administrative Hearings is not usually a headline agency – for which the nonpartisan administrative law judges who preside over contested state agency cases are normally grateful. But SOAH has been pushed into the news in recent weeks by the actions of its Chief ALJ, Lesli G. Ginn. In late February, in response to a Texas Medical Board complaint over a contested-case ruling by ALJ Hunter Burkhalter, Ginn requested and received Burkhalter's resignation "in lieu of termination." (See "Medical Board Loses a Case ... and Attacks the Judge," March 16.)

Ginn's action is being strongly criticized as violating the integrity of SOAH's administrative hearing process – established in 1991 by the Legislature "as an independent forum," making the process fairer and less subject to official pressures, as it was when "examiners" employed by individual agencies were considered too deferential to their employers. Ginn's position carries the explicit legal responsibility to "protect and ensure the decisional independence of each administrative law judge." Inside and outside the agency, reaction has been strong, including calls for Ginn's removal from her position, to which she was appointed by Gov. Greg Abbott in 2016 for a two-year term, expiring at the end of April.

Shortly after Burkhalter's dismissal, Ron Beal, a professor of law at Baylor often described as the foremost authority on Texas administrative law, told me Ginn "should be fired immediately. ... Her job is to protect the independence of SOAH. Her action violates every premise that we have, as to what she should be doing."

Beal has since written at length to Abbott expanding his argument. "This act of the Chief Judge is so fundamental," he wrote the governor, "it cannot be called anything but a 'crime.' It is so fundamental that she cannot recover from it and must be dismissed. Maintaining her in this position will fundamentally undermine the integrity of SOAH. There will be no reason for the agency to continue to exist."

Beal is not alone in his concerns. Ginn has reportedly informed staff members, including the more than 30 ALJs (all experienced attorneys) that they are not to speak to the media, and they have reason to fear that should they do so, they would be subject to retaliation. Nevertheless, several sources within the agency say "morale has never been lower" among the judges, and that the Burkhalter decision was "a tipping point" in their concerns that Ginn's tenure has been characterized by autocratic behavior and mismanagement, and by a fundamental misunderstanding of the role of SOAH and the judges. "The person who's in that [chief judge] job, their job needs to be to protect the integrity of the process," said one ALJ, "and to protect the judges unless they've truly done something wrong. ... Now nobody has our back." Said another, "This never would have happened under previous chiefs."

Legislators are also reacting to Burk­hal­ter's dismissal. Rep. Bill Zedler, R-Arling­ton, has formally requested that the chief disciplinary counsel of the Texas State Bar investigate the actions of Ginn and Scott Freshour, interim executive director of the Texas Medical Board, who originally complained to Ginn about Burkhalter's ruling in a TMB case. On March 25, Zedler asked that the bar investigate the possibility of "professional misconduct" by Ginn and Freshour, "including complicity in retaliation against a judge, which taints the integrity of TMB and SOAH." State Sen. Kirk Watson, D-Austin, said he is also reviewing the growing concerns over Ginn's actions. Watson's judgment, as the local senator for the appointee, could carry decisive weight in the gubernatorial appointment process.

Burkhalter himself has written to Gov. Abbott, describing his dismissal (after a decade as an ALJ and several promotions) as "shocking, unwarranted, and cruel." But the bulk of his letter (acquired via open records requests) recounts the damage he believes Ginn is doing to SOAH. He describes her tenure as characterized by mismanagement and arbitrary behavior undermining SOAH's previously distinguished work, and writes: "Ms. Ginn was handed an agency that was not broken, and she is slowly but steadily breaking it." His letter was echoed in comments by several ALJs, who say she has made no real effort to understand the importance of the agency's judicial independence, nor to defend it – the Burkhalter episode only confirming that common opinion.

Other former SOAH personnel have weighed in, including retired Chief ALJ Cath­leen Parsley and retired General Coun­sel Tom Walston. In a letter addressed to Watson and several other legislators, Pars­ley described Burkhalter as "one of SOAH's most experienced and capable ALJs," and said, "When the Chief ALJ cannot or will not protect the decisional independence of the ALJs, it damages the rule of law and SOAH's independence." In a similar vein, Walston warned of ALJs henceforth feeling pressure to favor state agencies in their rulings, adding, "the neutrality and independence of SOAH's ALJs will be impaired as long as Ms. Ginn remains Chief ALJ."

Others directly affected by SOAH proceedings express similar concerns. Mike Sharp*, an experienced health care law attorney who often represents clients in contested cases before SOAH, said Burk­halter's dismissal "is something we hoped would never happen. ... It casts a huge cloud over the fairness of the agency and what we can expect in the future." The Texas Medical Association has a direct interest in the regulation of health care professionals by the TMB, and in SOAH proceedings. TMA vice president of com­mun­i­cation Steve Levine told me, "The purpose of SOAH is to insulate the judge from the prosecutor to ensure that all parties – both state agencies and those they are trying to discipline or regulate – are treated fairly and equitably according to the law. SOAH judges must be fair and impartial, not biased for or against any of the parties that appear before them. That is the American system of justice."

Every person who responded to inquiries is concerned about what the Burkhalter episode means for the future of SOAH. The fear was summed up by professor Beal: "Every SOAH ALJ knows what happened. Every SOAH ALJ knows that from now on, when they rule against an agency, they will be provided no protection from the Chief Judge and most likely will be fired. How does that sit well for Texas citizens fighting for their job that is being threatened by a regulatory agency? The entire SOAH agency has been 'polluted,' and it will take a miracle for the ALJs to continue deciding cases on the merits."

Ginn's term in office expires April 30, and the governor has not yet indicated whether he intends to reappoint her (which would require Senate confirmation). Asked to respond to the widespread criticism and calls for her removal, Ginn provided her March 12 letter to Freshour that did not address those questions, though it cited a single phrase in Burkhalter's 77-page opinion ("an attractive woman," to describe a hearing witness, and explained in context) as not conforming to SOAH's standards. Requests for comment from the governor's office went unreturned. 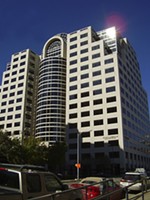