While Council's Away the Mayor Will Play

Council seeks to feast on the good of the land 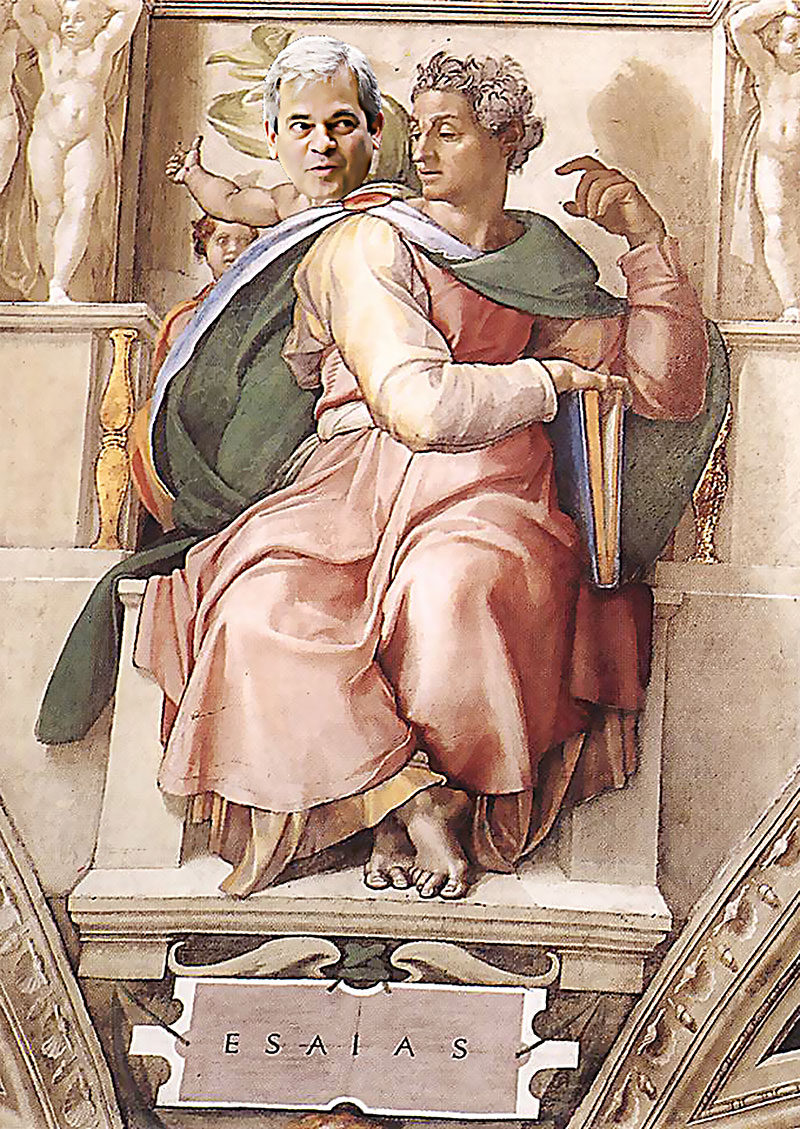 Along with plenty of the rest of us, City Council has taken its annual spring break this week, with no regular meeting again until March 23. Nevertheless, Mayor Steve Adler hasn't been catching his breath – he's been hopping from one SXSW event to another: welcoming visiting dignitaries, hosting fellow mayors determined to "hold the line" under the Donald Trump regime, promoting Austin as a center of tech innovation, sponsoring the "Mayor's House Band" at the Austin Music Awards ... and God knows what all. (There is reasonable suspicion that some mayoral appearances have been by clone or hologram.)

And on March 9, even before SXSW kicked off, Adler caught questions at a Town Hall before the Real Estate Council of Austin, first delivering a brief and somewhat disappointed speech in the wake of Council's defeat (at its March 2 meeting) of his co-sponsored "Affordability Agenda." "But if we couldn't pass a largely symbolic resolution about affordability last week," he asked the Realtors, "then how are we going to get on the same page and get these real world [affordability] things done? After what happened last week, I did not lose hope, but I confess I was not encouraged."

That’s the trouble with prophets.

Although the dais majority hadn't wanted to be shackled to conservative fiscal policies ("Council Considers the True Cost of Saving a Buck," March 10), calling Council Member Ellen Troxclair's omnibus resolution "largely symbolic" gives the game away – because it did not seem to occur to the mayor that he and his co-sponsors might have tried to protect their colleagues from a pointlessly damaging vote. In a newsletter to her District 8 constituents, Troxclair didn't hesitate to spin the "loss" as a political victory: "Indefinitely postponing [as Council did] a vital and commonsense plan only reinforces what so many people already believe: that the majority of Council is unwilling to seriously address the needs of the average Austin taxpayer."

On the other hand, Adler said his spirits had been revived by recalling a phrase cited by LBJ, out of Isaiah (1:18): "Come, let us reason together." Alas for the mayor, the rest of that prophetic passage sounds more like Quentin Tarantino: "Come now, and let us reason together, saith the Lord: though your sins be as scarlet, they shall be as white as snow; though they be red like crimson, they shall be as wool. ... How is the faithful city become an harlot! It was full of judgment; righteousness lodged in it; but now murderers."

That's the trouble with prophets: They're always calling down divine vengeance upon public officials just trying to do their jobs. The mayor went on to defend the Council's work on his notion of "affordability" – bringing costs down and bringing incomes up – and exhorted his business-friendly audience to help him create compromises on issues like housing supply, economic incentives, and the looming shadow of CodeNEXT. "On one side, we've got y'all," Adler folksied. "On the other side, we've got the people who don't trust y'all. And I'm in the middle, trying to get all y'all to work together. Because we all pretty much want the same thing."

I sympathize with the mayor, but if we all pretty much wanted the same thing, Council meetings wouldn't regularly last past midnight. Next week's draft agenda doesn't look terribly imposing (83 Items and growing), but it includes at least 20 zoning cases, among them the big and very contentious one kicked down the road a couple of times and still on the docket for only second reading: the Austin Oaks PUD.

Neighborhood opposition hasn't diminished for the planned unit development (there's a valid petition against it), D10 CM Alison Alter owes her place on the dais in large part to her campaign against Austin Oaks (and the Grove at Shoal Creek), and in that context it's not at all clear that "all y'all" will be ready either to reason or to work together. The range of objections to the current PUD plan (at MoPac and Spicewood Springs) include: too much traffic impact, too many trees to be removed, too tall buildings, and (at least from some quarters) too many potential residents. The latter two objections appear to directly contradict Adler's goals of encouraging density along "corridors" (if MoPac isn't a corridor, there aren't any in Austin) and incentivizing mass transit. Some opponents specifically object to taller buildings along the highway and more families that might serve to "overcrowd" nearby schools. (Others say they would welcome more residential units instead of commercial offices and hotels, and one pending Council amendment to the PUD is for more affordable residential units.)

Postponed (again) from March 9 because it was already past midnight (post-Plaza Saltillo), the PUD battle is scheduled to be rejoined beginning at 2pm or thereabouts ... with dozens expected to testify.

Elsewhere on the draft agenda:

• Under Water: Take that literally – with another $4 million earmarked to purchase nine more residences in floodplains, northeast and northwest. (Last year, Council balked at the cost of additional buyouts.)

• Mibby-Wibby Rules: In the wake of yet another consultants' report saying the city's minority-and-women-owned business contracting programs (MBE/WBE), intended to promote more diverse contracting, still aren't working very well, staff has drafted a fairly detailed revision of the relevant ordinance, including adjustments to percentage goals. The dais might quickly get itself into the weeds on this one.

Until then, remember Isaiah's warning: "If ye be willing and obedient, ye shall eat the good of the land. But if ye refuse and rebel, ye shall be devoured with the sword."

A version of this article appeared in print on March 17, 2017 with the headline: Council: Reason Together or Meet the Sword