One goal of gay pride celebrations has always been to bring the range of LGBT communities and their straight allies together under one banner. This year, several local groups and artists say they have found themselves not so welcome in the planning for this weekend's Austin Pride events.

In 2009, after years of jointly organizing the parade and party with Equality Texas, the Austin Gay and Lesbian Chamber of Commerce took over responsibility for all events and formed the Austin Gay and Les­bian Pride Foundation to handle the arrangements. While there were clearly organizational problems with last year's event, former chamber board member Ceci Gratias said, "The community received it very well," and when all accounting is done, it is expected to have turned a $10,000 profit. Yet almost immediately after that weekend, the chamber forcibly removed President Jimmy Flannigan and replaced him with Chad Peevy, who also became chair of the AGLPF board and owns Peevy Media, which is promoting the event. (See "AGLCC Ousts Presi­dent in Pride's Wake," June 12, 2009.)

That upheaval caused Gratias to quit her seat after eight years on the board, and she's not the only member of the LGBT community to voice discontent with the chamber. QueerBomb, a self-described "flash Force assembly of LGBTQIA individuals," has publicly criticized the chamber as "non-inclusive, capitalist, heteronormative, safe and unchallenging."

Local singer/songwriter Nakia found himself in the middle of this conflict after a Facebook posting of his concert schedule. He had been booked to perform on June 4 as part of Austin Pride and then agreed to do an unrelated gig on June 5 at Cheer Up Charlie's. Nakia said, "I wasn't told it was going to be a part of any unofficial Pride celebration, just that there would be music and later in the evening there would be DJs."

What he didn't realize, he said, was that the event organizers were critical of AGLPF and that the event would later become affiliated with QueerBomb. After noting the June 5 show on his Facebook page, he said, "I was called by Chad Peevy and asked what that was, and did I realize that they were trying to go against his business and Austin Pride." Even though there was no exclusivity clause in his contract, he asked Peevy, "'Are you saying, if I play at that event on Saturday, that I can't play at your event on Friday?' His response was, 'Our sponsors and our board believe that it would be a conflict of interest for you to do both.'" A few days later, the AGLPF board told Nakia his services were no longer required. "As a businessperson," Nakia said, "what rubbed me the wrong way was that I was being told, 'You provide us with the names of these people, or you have them change what they're saying about us, and you'll be fine.'"

Peevy stood by the board's decision to dump Nakia and sacrifice their booking deposit. He said: "We were very excited about having him come on board. Then, of course, we're watching what's happening with everything online and saw that Nakia was actively promoting what seemed to be an anti-Pride Foundation regime."

Nakia is not the only performer to have experienced a sudden change of heart from the chamber. After her South by Southwest performances, singer and actress Sandra Bernhard was looking for more shows in Austin and approached Austin Pride. Jason Roth, vice president of media relations for local promoters District 512, and his business partner Carla Patullo agreed to sell corporate sponsorship packages to support her appearance. After several weeks of work and without any warning, Austin Pride informed them they didn't want Bernhard. Roth said, "They pointed towards the budget and said some discouraging words about [Bernhard]."

Rather than letting Bernhard down, District 512 has organized a headlining charity show for Friday, June 4. Part of the confusion over the decision, Roth said, was that "it was always very unclear to us whether we were talking with Peevy Media or Austin Pride." (The phone number for AGLPF is also the contact number for the chamber and for Peevy Media.) Without directly criticizing the board, Roth said, "It seems like some people want to divide the community by asking them to make a choice about how they represent the community, and we're not doing that."

Peevy responded that AGPLF backed away for two reasons: First, that Bernhard was going to be outside of the group's budget, and second, he said, "We reviewed her act, just like we would any other act, and found that it was too vulgar for a family-friendly event." He added that what is more worrying to him is that anyone has an issue with making the event more inclusive. "Austin has always had a family-friendly Pride event, and for some reason people are really catching on to that this year, and some seemed to take offense."

However, it's not just elements of the community that Peevy said "identify as non-heteronormative" that are making their own arrangements for Pride weekend. Even more established and mainstream local entities have had problems working with AGLPF. Last year, HIV/AIDS charity Project Transitions had a booth at Austin Pride and took part in the parade; this year, the charity approached the chamber about bringing its long-running Texas Swing gala under the Austin Pride banner. "Unfortunately," Project Transitions media/outreach coordinator Jason Rosen said, "we could not come to an agreement that fitted with our autonomy and Pride's needs." The reason, he added, was that "they just couldn't meet us at the prices that we were accustomed to as a charity. ... It was a really unfortunate ending to a potentially really great collaboration."

For former chamber board member Gratias, the idea that Pride is becoming in any way divisive is disturbing. She said, "There are so many entities within the community, you can't say, 'No, we don't want you.'" 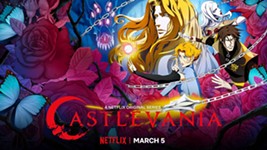