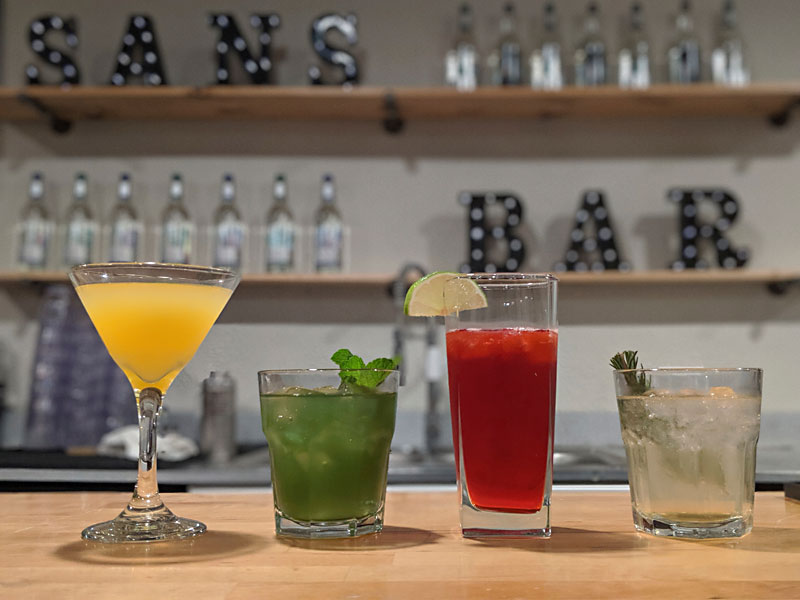 Any night of the week in Austin offers a happy hour with a new signature cocktail or a live music show with a drink special. But, much like Dirty Sixth, that scene can leave a bitter taste come morning.

Beverages with ABV percentages are a double-edged sword: While sipping a cold one might offer temporary reprieve from daily stressors, nursing a hangover is the kiss of death for responsibilities and wellness goals. Alcohol can limit a person's ability to be fully present in the moment according to both Chris Marshall, who founded the zero-proof Sans Bar on East 12th Street and Elliott Clark, who runs the @apartment_bartender channels, an online recipe bank of alcohol-free cocktails. "If you've ever observed people drinking, you will notice that there is a correlation with the amount of alcohol that they're drinking and the lack of actual conversation they're having with each other," said Marshall. "People don't really connect."

Still, bars retain their coveted social standing as all-occasion watering holes. And particularly during festivals like SXSW, the possibilities for drinks and revelry seem almost endless – and they're often free. Find a no-cost show or a sponsored party and voilà, suddenly any semblance of moderation is thrown out the window, double-fisting becomes a verb IRL, and carousers are well on their way to discovering the dark side of alcohol-fueled merriment.

In response to this intoxicating culture, a more sobering one has developed (see "Reboot­ing Kitchen Culture with a Novel Concept," Nov. 1, 2019). Found with community hashtags like #sobercurious, #sobernation, and #hangoverfree, the movement toward an alcohol-free life has taken hold locally. Clark explained that he has recently seen an attitude shift from cocktail lovers as zero-proof options gain a wider acceptance and attributes it to an exploding wellness culture. Marshall, however, posits that wellness culture and alcohol have happily existed side-by-side in Austin for decades. "Here in Austin, you can go to Whole Foods, and go to yoga, and hike the Greenbelt, but then you're going to go get plastered," he said.

Where once there was only Topo Chico with lime and virgin Moscow mules for those abstaining, now there is a rainbow of options. Non­-alco­hol­ic has become yet another choice on the sprawling list of liquor options in restaurants, and cocktails have become the de facto experimentation canvas for bartenders. Clark described the acceptance of alcohol-free into the mainstream as an indication of the increasing exploration of lifestyle alternatives. 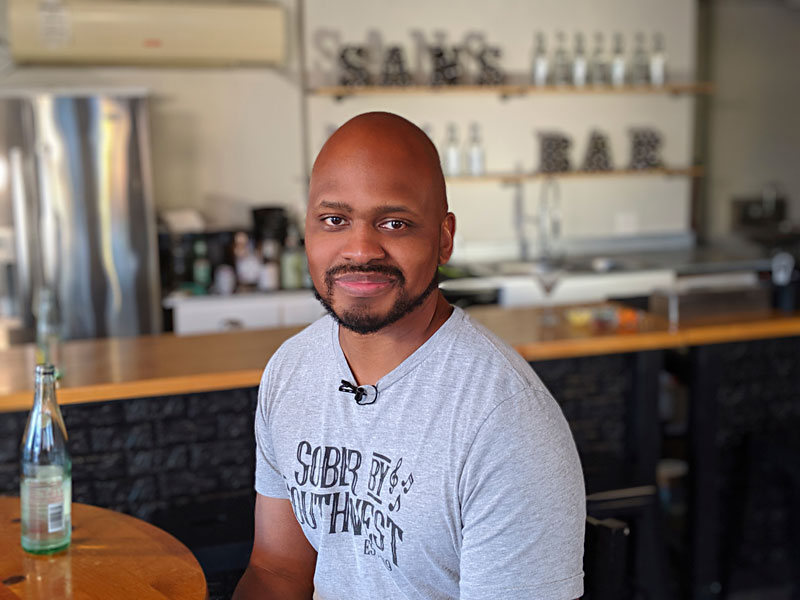 "I think it's just becoming more of a standard to be able to walk into a bar and order a cocktail that doesn't have alcohol in it and still be part of the experience and still feel like you're part of the social atmosphere. But you're making a choice for your own body," he said.

Sobriety remains a growing grassroots movement. "I think popular sobriety is about a personal choice. We're not marching in the streets. We're not overturning ... we're just saying that we're making a decision to step away from that," said Marshall. And alcohol-free is steadily gaining momentum as an alternative ideology in the craft cocktail scene.

Clark claims that a cocktail even without liquor is still a cocktail, and to prove it, he recently partnered with the Hilton hotel chain to create a menu of virgin options in hopes of expanding bar culture to include those not imbibing. "Before you had to search the menu and then maybe ask the bartender to make something up for you that doesn't have alcohol in it," explained Clark.

Both Clark and Marshall are working to reverse the feeling that sobriety is outside of the norm with different approaches. Clark unabashedly admits that he enjoys a good cocktail routinely and views zero-proof cocktails as both a creative challenge and simply another option for booze-free days. Marshall, on the other hand, is a former substance abuse counselor. He created Sans Bar as a space for anyone to come and test out an alternative atmosphere for social gatherings, but is especially geared toward providing a safe space for those to whom bars remain an addiction trigger.

The choice to be sober is not black and white. Clark pointed to the #sobercurious culture as the manifestation of why taking a break from liquor, beer, and wine has joined a large cohort of zero-proof fans – participants are trying on the lifestyle. Likewise, Marshall said there are many groups that start off at Sans Bar only to move on with the night and find a harder beverage. Finding a balance is key, said Marshall. "You cannot legislate people's morality, and when you do, people revolt."

Austin is trying to find that balance. This year, as SXSW approaches, establishments across the city are developing menus to allow both those who drink and those that don't to coexist and enjoy a night on the town.