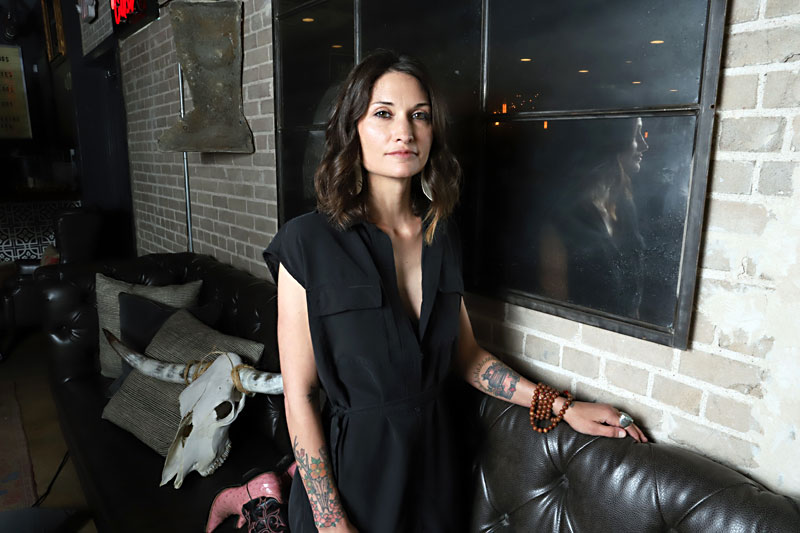 If the story of Anthony Bourdain's life – as told within Kitchen Confidential, his rollicking exposé of the restaurant industry's seedy underbelly – exposed the addiction issues found in many kitchens, his death revealed even more complex and pervasive challenges. The conversation around mental health has cracked open considerably since Bourdain's memoir in 2000, but one last stronghold of the "bootstraps" mentality remains in the food service industry.

In response, prominent Austin chefs are beginning to echo Bourdain's transparency. Having also struggled with these issues, they are now sober and fighting to change the culture within their own kitchens and with the help of new industry-specific support groups.

“We want to be the best at everything we do, so after the long shifts, we’re at the bar, we still have that competitive edge. ‘Whatever you’re doing, I can do more of.’” – James Robert, executive chef at Fixe and sober since age 24

"Restaurants are like pirate ships. You have to abide by certain parameters to not be ousted off the ship," explains Callie Speer, executive chef/owner of Holy Roller. She's been in the industry since age 16, and sober for three years. As a restaurant veteran, she's all too familiar with the macho culture. "You have line cooks that are like, 'Oh, holy shit – look how long I can hold this sizzling hot frying pan,' and you're like, 'There's nobody else in the world that thinks that's cool.' For whatever reason it's become ingrained in restaurants to get the shit beat out of you at work and be fine with that, because the harder it is on you the more awesome you did."

James Robert, executive chef at Fixe and sober since age 24, has always observed the competition as endemic to not only his work, but the social life around it. "We want to be the best at everything we do, so after the long shifts, we're at the bar, we still have that competitive edge. 'Whatever you're doing, I can do more of.'" Page Pressley, owner of the newly opened Swedish Hill and sober for 12 years, describes it as an "all-encompassing" career, something that draws obsessive personalities. "It's not the hardest thing in the world, but it is something that requires a lot of failure to then see success. The types of personalities that are able to make it through tend to be a little bit more masochistic, and therefore probably a little bit more prone to addiction."

Longstanding social traditions reinforce the lifestyle, and the ubiquitous "shift drink" is perhaps the most entrenched of all. Speer says, "Basically every restaurant in the world, you get off work, someone hands you a beer." After that, the bar next door gives you the first round free, and the cycle continues. So how do you change the culture? Start with your own community.

Philip and Callie Speer, though separated, still collaborate on these issues and practice similar approaches to shaping their respective restaurants' cultures. Philip has a policy at Comedor where staff must leave for two hours before coming back as a paying customer. "That way you can't get off work and be like, yeah, I'll have a beer. So people go home." At Holy Roller, Callie provides drink tickets for her staff to visit nearby West Sixth bars, but her restaurant remains a clean space for employees, many of whom are in recovery.

The goal is not to erase the opportunity for staff to bond; rather, as Philip Speer says, to change it from post-shift debauchery to pre-shift camaraderie. Earlier this year, he started Comedor Run Club, a weekly running group steadily drawing more industry participants. Resources normally spent on shift drinks go toward healthier endeavors, like the run club, yoga classes, or continuing education for his servers. "It doesn't have to be at 1am. Go for a run, have some coffee afterward, a smoothie, a taco, then go to work and feel better. You get to share those stories and those laughs and that camaraderie still."

Joel Rivas started washing dishes at 16 in San Antonio, where he witnessed his co-workers' tendency toward burnout and a slew of unhealthy coping mechanisms. Rivas, 24 years clean in October, eventually found himself in health-care, but the restaurant industry never left his mind. In 2017, he left a soul-sucking job to found the Saint City Culinary Foundation, a monthly supper club whose proceeds went to those recovering from substance abuse in the restaurant industry. In 2018 it grew into Heard, a weekly support group. "It's heart-wrenching to see people that are such givers not have a resource. So I saw a need and just sunk my life savings and 401(k) and decided I'm gonna do this for a living."

As the group grew, people from other cities reached out. Callie offered Holy Roller as a meeting ground when the group expanded to Austin in May, and eventually joined the board as Heard's culinary director. She and Rivas are expansion-focused: A women's culinary scholarship program is set to launch sometime next year in Austin; the Houston chapter launched in early August; and Dallas, New Orleans, and Brooklyn are next on the agenda.

Heard's counterpart, Ben's Friends, is another nationwide industry-specific support group, founded in Charleston, South Carolina, in 2016 and since expanded to other cities, including Austin this year. While Heard includes conversations around general mental health problems as well as substance abuse, Ben's Friends focuses on addiction recovery modeled after Alcoholics Anonymous. Philip holds Ben's Friends meetings in Comedor every Monday at 11am, a time and Downtown location that work better with staff's schedules than most AA meetings.

As Pressley says, when it comes to recovery, one thing cannot be anyone's everything. To Rivas, the goal of Heard is to be a safe hub from which industry folks can take the next step toward recovery. Heard connects participants to therapists with sliding scale rates, and is working on a discounted rate for a residential rehab program in Austin. The ultimate goal is to provide a health insurance program for the restaurant industry, similar to HAAM, that will be piloted in Austin. At the minimum, he wants industry workers to have access to "a telemedicine option, where they can call a doctor if they have a UTI or respiratory infection and get a prescription called in that won't land them in the ER for something really minor, or force them to go to an urgent care center that costs $110 and takes them out of a day of work." He says county resources are daunting and people need an easy option that's tailored for them.

Rivas has encountered skepticism from funders who think donating is futile because of the high likelihood of relapse. "Recovery is not this linear plane. There's gonna be ebb and flow. I know it's so cliche, but if we keep somebody from hurting themselves, it's worth it. Earlier this year, we had a guy that would go to Heard meetings in San Antonio, and he called me at like 9 o'clock at night. I was in bed and he was out in the country; he had fallen off the wagon and started drinking again. He had a gun and I was the last person on his list. So I got up, drove an hour and a half out to the country, picked him up. He's been sober since May, and he's doing fantastic. If the program hadn't existed, if we hadn't have been there, who knows what would've happened. And I'm really tired of hearing about people in the industry killing themselves. There needs to be something there for them."

Whether it's in individual kitchens with chefs that lead by example, through support groups like Ben's Friends and Heard, or staff-specific activities like Comedor Run Club, the message is getting louder: It's no longer okay to ignore your health, mental or physical, and there are concrete actions available to help.

"But that's the whole point as to why we're even having this thing," Callie Speer says. "To make it so you don't feel you have to whisper about it. It's not that fucking weird. I don't even know what the statistics are now of how many people in this country have addiction issues, but it's a whole, whole lot. The more people and the more organizations that we have out in this world that make people have to pay attention to that and make it more normalized, the better."