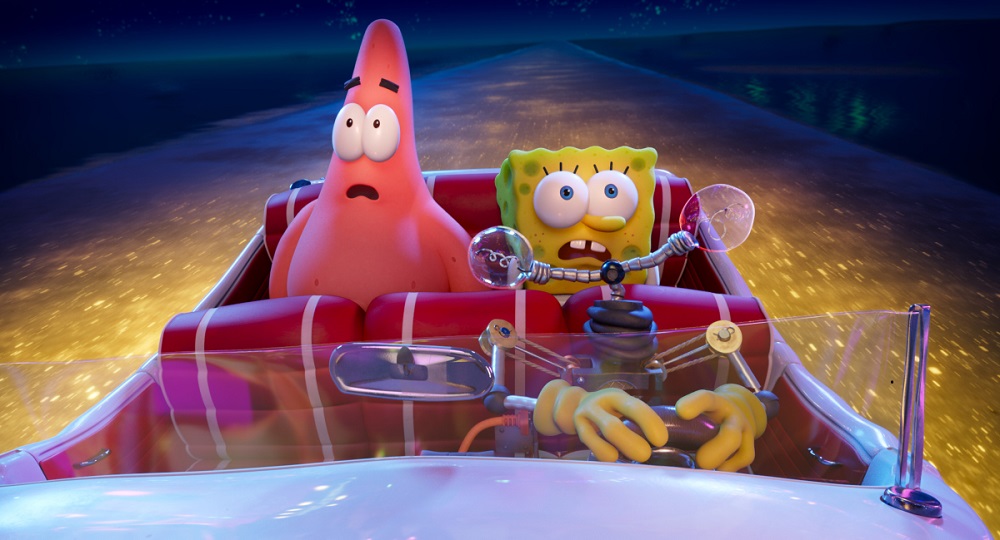 The SpongeBob Movie: Sponge on the Run

Two minutes in to The SpongeBob Movie: Sponge on the Run, and there's a snail trail gag. It's perfect, the summation of how SpongeBob SquarePants has always hidden slyly outrageous comedy into its all-ages silliness. It's no surprise, considering that long-time series writer Tim Hill finally gets to direct the adventures of everyone's favorite aquatic idiot, the show that managed to meld the joyful playfulness of the Nickelodeon channel's tween-friendly with the crossover subversion of its animated output. There are good reasons why SpongeBob has been top of the reef for two decades, and the third film in the series keeps that boisterous streak alive.

A stealth pilot for the upcoming Kamp Koral: SpongeBob's Under Years spin-off (one of three currently in development for everyone's favorite basal metazoan and his pals), and a fitting farewell to late series creator Stephen Hillenburg, the latest adventure for the six-sided buffoon of Bikini Bottom is more of the deliciously silly same. Arguably the only changes to the formula are that this time the undersea world is in 3D CG, and legendary voice actor Tom Kenny (who gives life to both the perennially perky SpongeBob and his pet snail, Gary) is starting to sound a smidge older in places. But hey, 22 years, it happens.

Of course everything starts, as always, with another day at the Krusty Krab, with SpongeBob ready for another exciting day under the pecunious Mr. Krabs (Brown), with the permanently chagrinned Squidward (Bumpass) less engaged with his workmate's hijinks than ever, and Sheldon Plankton (Mr. Lawrence) still trying to get the recipe for Krabby Patties. So what makes this feature-worthy? Plankton finally has his "Lex Luthor takes Clark Kent's glasses off" moment, and realizes that it's been SpongeBob who has been foiling his schemes all along. So he develops a new devious plan: have Gary be sent to Atlantic City (not that one) to be a living dermal rejuvenation gel provider for Neptune (Berry, the perfect drily hyperbolic addition to the team). Off go SpongeBob and trusted friend Patrick (Fagerbakke) on a wild adventure that involves gambling, a desert bar filled with ghost zombie cowboy pirates, and Keanu Reeves as an all-knowing tumbleweed called Sage. Who is a sage. Made of sage.

Mercifully, we're past the point of thinking that all feature versions of TV shows need to be bigger and better, and being oddly disappointed when they're just bigger (looking at you, The Simpsons). Sponge on the Run doesn't clog itself up with needless B-plots, which may annoy people hoping for a lot more Sandy Cheeks, or anyone hoping that we'd finally get a look inside the marital strive and bliss of the Puffs. Sweet, silly, with that profoundly bizarre world view that makes a snail trail gag open to everyone for a laugh, this may not change SpongeBob forever, but it's more SpongeBob as we love him, and that's all the fun you can need.

Available on Paramount+ and VOD now. 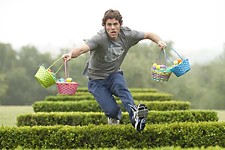 Hop
Some films are saccharine, but Hop is pure sugar – processed sugar.