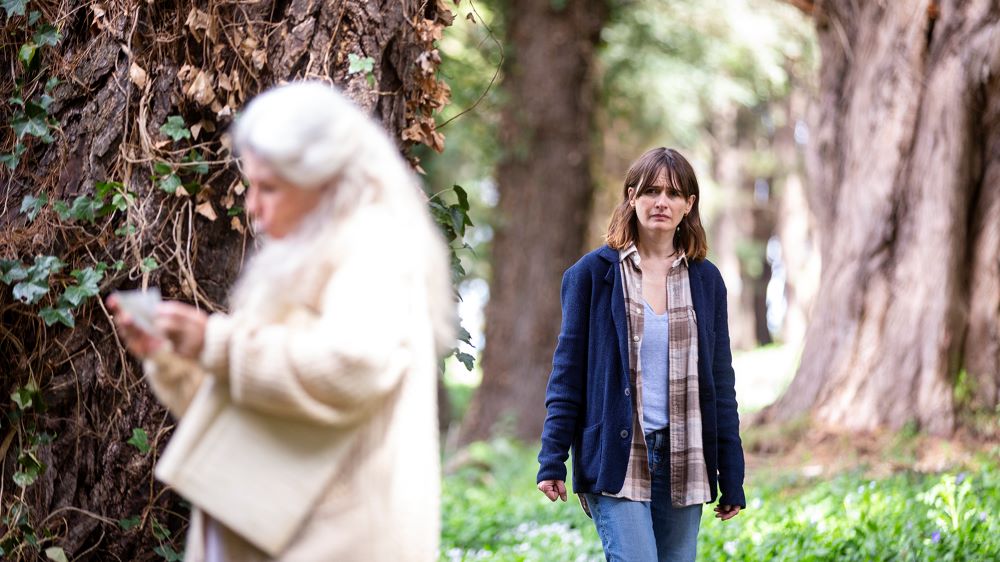 One of horror's most embedded tropes may be the crazy old person, whose fractured mind gives them an unlikely connection to the uncanny. It's a cute and easy convention, one that usually comes with a relative who steers Paw-paw off to his rocking chair while he warns about something in the hills or the woods or the old house. Of course, it's cute if you're not the relative dealing with senility and the supernatural, watching a loved one's mind fray.

That's the plight of Kay (Mortimer) as she tries to deal with the collapsing mental health of her mother, Edna (Nevin). Mum can clearly not look after herself any more, as much as she resists help, and so it's up to Kay and her daughter, Sam (Heathcote), to head to the family home in rural Australia and try to at least stop her from burning the house down when she's cooking.

Undoubtedly influenced by the more icy emotional edge of J-horror (never forget that the starting point of Ju-on: The Grudge is a home visit from a social worker), first-time feature director James puts the family drama first and foremost. The supernatural elements seep slowly in, but the pain comes from finding out Edna's been putting food down for a cat that's been dead for years.

In the three generations of women, James inevitably evokes both the mythological figure of the three-faced goddess, but also how care for the aging has become a burden disproportionately born by women, no matter the emotional cost. Mortimer captures precisely that kind of constant physical and emotional exhaustion; meanwhile, Heathcote may be best known as the smug and doomed Nicole Dörmer in The Man in the High Castle, but here she plays Sam as starting to see her own curtailed future. The actor came through the ringer of Australian daytime soaps, infamous for putting their characters through the most brutal of domestic disasters, and Relic gives her plenty of the same kind of familial brutality. That it all stems from her own beloved grandmother makes it even harder to bear, and veteran Australian character actress Nevin quietly drives the chaos as Edna's connection to reality fades. Anyone that's seen a loved one fade away will recognize how perfectly she captures the fiendishly mercurial creature that replaces them – logical one second, childish the next, then suddenly a violent stranger.

The comparisons to Hereditary, Ari Aster's febrile masterpiece of familial dysfunction, are inevitable, and while James doesn't quite reach that film's perturbing depths she brings a different insight. Aster's film is about family dysfunction: James sees legacy, obligation, the need to look after the aging even as they become less and less themselves. It's an uncomfortable topic, one that needs to be handled with delicacy – which may explain why so many filmmakers have steered clear. Really, in recent years, it's been Relic and slow-burn cult favorite The Taking of Deborah Logan, and that's pretty much it. Yet James captures that sense of incremental, irrevocable loss, balancing the uncanny and the intimate in a way rarely seen since Joel Anderson's 2009 funeral march, Lake Mungo.

Moreover, while both Relic and Hereditary take the inevitable and earned right-turn into well-executed traditional horror in the final act, James doesn't follow Aster's path of forcing the audience to bear witness to a nightmare: Instead, she pushes the walls in, burning the senses with claustrophobia as this former home becomes more and more just a collection of rooms and corridors that none of the women in this family recognize. It all leads to one of the most breathtaking and nerve-shaking climaxes of the year, a resolution that sinks its fingernails in until it hits bone. 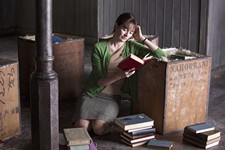