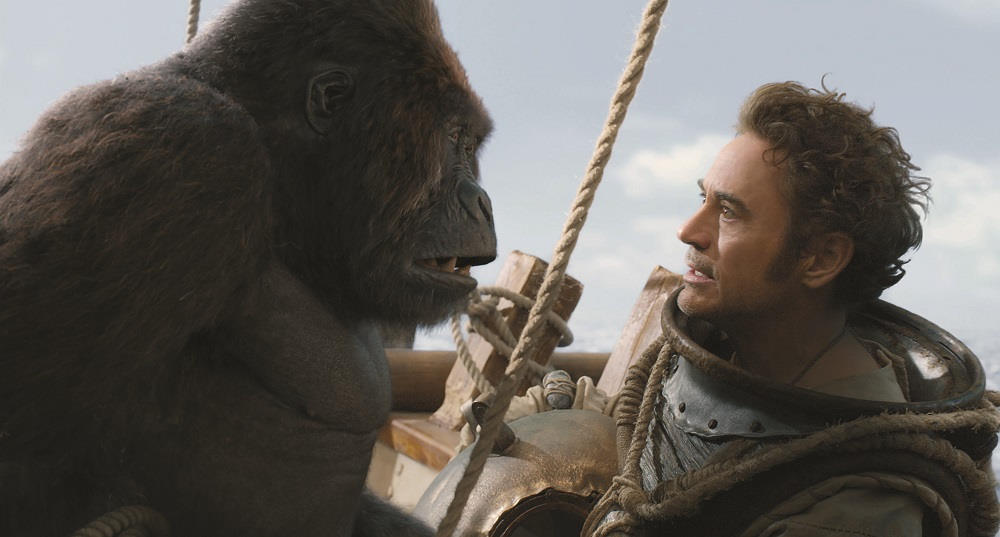 It's the year 2000. Robert Downey Jr. is undergoing a pre-rehab resurgence as lascivious literary editor Terry Crabtree in Wonder Boys, while Stephen Gaghan is bringing a dark, personal resonance to his script for Steven Soderbergh's drug drama Traffic. The idea that the pair would unite 20 years later for anything other than a portrait of addiction would seem preposterous, and yet here they are, adding the necessary grunts and squeaks and squawks to a new adaptation of Dr. Dolittle, Hugh Lofting's hundred-year-old kids' books about the man who could talk with the animals.

Best remembered by cinema audiences for Rex Harrison's studio-collapsing 1967 adaptation and best forgotten for Eddie Murphy's mirthless 1998 version, this Downey-fronted children's adventure learns the lessons of his decade-long run as Iron Man and avoids the superhero origin story. Instead, the Victorian-era translator of creatures already knows how to converse with fauna of all kinds and has actually retreated from human company altogether after the death (off-screen and precredits) of his wife. Instead, he spends time playing chess with his neurotic gorilla friend Chee-Chee (Malek), moderating arguments between Yoshi the polar bear (Cena) and Plimpton the ostrich (Nanjiani), and being chided by his loyal advisor Polynesia the macaw (Thompson). Yet his years of reclusion come to an end when the world intrudes: Royal handmaiden Lady Rose (Laniado) needs him to save the life of Queen Victoria (Buckley) while unwilling young hunter Stubbins (Collett) needs him to save a squirrel (Robinson) he shot by accident. So off Dolittle sets, animals and assorted humans in tow, on the kind of brisk, ridiculous, globe-trotting period adventure they really just don't make anymore.

For all its lumpen, awkward narrative and sometimes less-than-dazzling CGI, there's a peculiarly endearing and vibrant heart to Dolittle, and his name is Robert Downey Jr. It may be the closest he's ever come to channeling the surrealist instincts of his father, embracing Downey Sr.'s willingness to swim in the absurd. It also re-enforces how pivotal he was to the very existence of the Marvel Cinematic Universe, that he made you believe in the gods and monsters in front of Tony Stark. He does much of the heavy lifting here, treating the animals like they're just as real as he is, all the while having fun bringing a thick-as-Caerphilly-cheese fake Welsh accent to the screen (it may be imperfect, but at least it makes a change from the endless cavalcade of Mockney to which American actors tend to default).

Indeed, if there's a problem with Dolittle it's that there's too little of Downey, who often takes a generous back seat to the menagerie of CGI creatures and their A-list roster of underused voice talent. One of the big complaints about Harrison's Dolittle was that, at a rear-numbing two-and-a-half hours, it was overly long, but Downey and director Gaghan stampede through the story. There's a gorgeous animated opening sequence, somehow reminiscent of both modern CG 2D à la Klaus and the kinetic radicalism of Downey's drawn depiction in A Scanner Darkly, but it's really a massive exposition dump. Elsewhere, it falls to Poly the parrot to sew transitions together with lengthy voice-overs. If only Gaghan had let the script breathe a little more, especially with Dolittle and Sheen as his lickspittle nemesis Dr. Blair Müdfly (equally as exuberant as Downey), then this could have been preposterous fun.

Dolittle may well be a cinematic pushmi-pullyu (the two-headed creature of the original books), an odd assortment of spare parts that sort of work as long as you don't think about any of it too much. Yet it's also a silly little wonder, a heartfelt if flawed love letter to a series that one day may get the film it deserves. 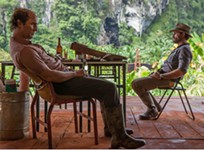 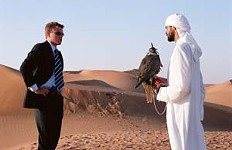 Syriana
One of the most uncompromising movies of the year, Syriana is like a living tableaux composed from all the stories that lurk just behind the news, the stories that put human faces on the demand for oil.