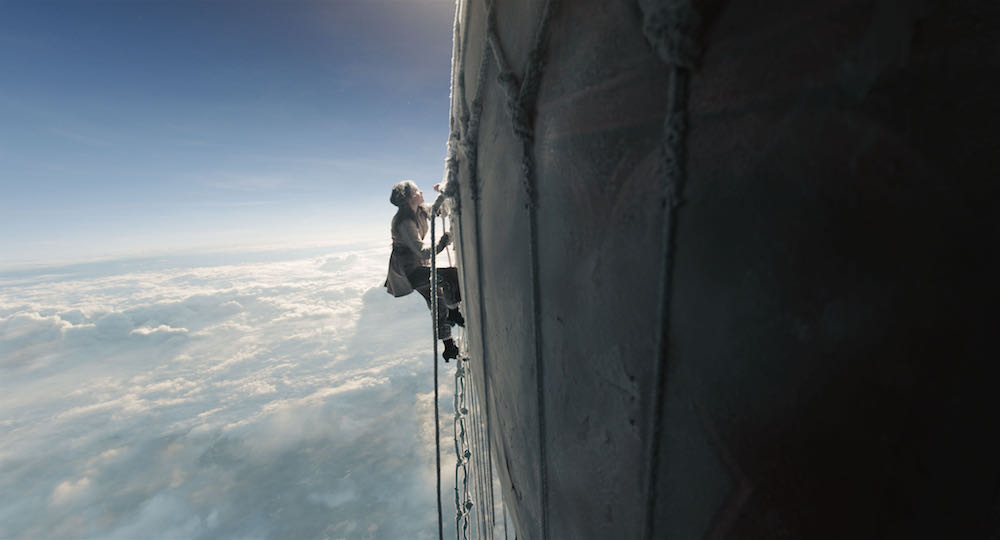 On September 5, 1862, meteorologist James Glaisher and aeronaut Henry Coxwell got into a balloon, unmoored the ties, and drifted 35,000 feet into the air. Their ascent was astounding, providing essential scientific data that raised the study of meteorology and weather forecasting, and Coxwell risked his life, climbing up the balloon's rigging almost four miles in the air to bring them safely back to the earth.

Unfortunately, almost none of that astonishing true story makes it into The Aeronauts, a mangled retelling that cuts out Coxwell and replaces him with Amelia Wren (Jones), a gestalt character based on several women aerial explorers of the time. In the drunken doldrums after her husband (Perez) fell to his death in a previous flight, she's dragged back into the air by Glaisher (Redmayne, who always looked like he fell out of the Victorian era anyway). She, he tells her, is his only hope: A dissident within the science community, he needs her skills as an entertainer to raise the cash for the record-setting flight, and her skills as an aviator to soar among the clouds.

It's not just that there are changes in this heavily fictionalized script: After all, any film re-creating history will inevitably make concessions of fact in the name of greater truths and drama. The Aeronauts makes so many changes that it raises the question of why Tom Harper (who also co-wrote the story) bothered keeping Glaisher's name. All the alterations are meant to make the story more contemporary, more accessible, but instead it ends up with nothing to say about either today or the Victorian era. Moreover, many switches are predictable and bland, starting with the decision to move the actual flight from industrial Wolverhampton in the English Midlands to London – because nowhere exists in the UK except London (imagine setting an Austin story in New York, and you'll get the same sense of lost location). Glaisher is dumped into a clunky class-conflict story as the son of a watchmaker, pitting his intellect against the aristocratic establishment given haughty form by the sadly typecast Tim McInnerny. Meanwhile Amelia is supposed to be the scion of a wealthy family who still thinks she's going to become a genteel wife to some new suitor – a ham-handed depiction of women's roles and limited opportunities in the era.

Think of it as opportunity cost. Harper could have told the story of Coxwell and Glaisher – itself a tale of extraordinary courage, and equally cinematic. He could have focused on any of the women balloonists of the time, like the pioneering Margaret Graham or Sophie Blanchard, upon whom Amelia is clearly based. By creating a fictional woman character and inserting her into true-life events, rather than telling Glaisher and Coxwell's story or that of any of the real women who soared to literally new heights, it's an insult to all concerned. It's not John Wayne as Genghis Khan, but bad history is bad history, and bad history that covers up so many fascinating stories is a dismal waste.

Which makes it all the more unfortunate that the film soars when Harper concentrates on the dynamics and terror of two people in a wicker basket. It's all about perspective, and he played with the idea of being so very, very little in a very, very big world in his 2011 adaptation for the BBC of Mary Norton's The Borrowers. So while this is two people in the infinite blue, rather than a race of tiny humans living under the floorboards, it's a similar sense of scale and helplessness. Cinematographer George Steel gives every moment a vertiginous, queasy thrill, throwing the basket around the skies one second, pulling out to show its fragility against an implacable sky the next. If only the story had cast off the ballast of the predictable meet-cute plot and trusted the truth more, maybe The Aeronauts would be a more thrilling flight. 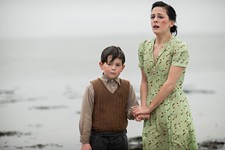 The Woman in Black 2: Angel of Death
The eeriness is palpable but the suspense is not.