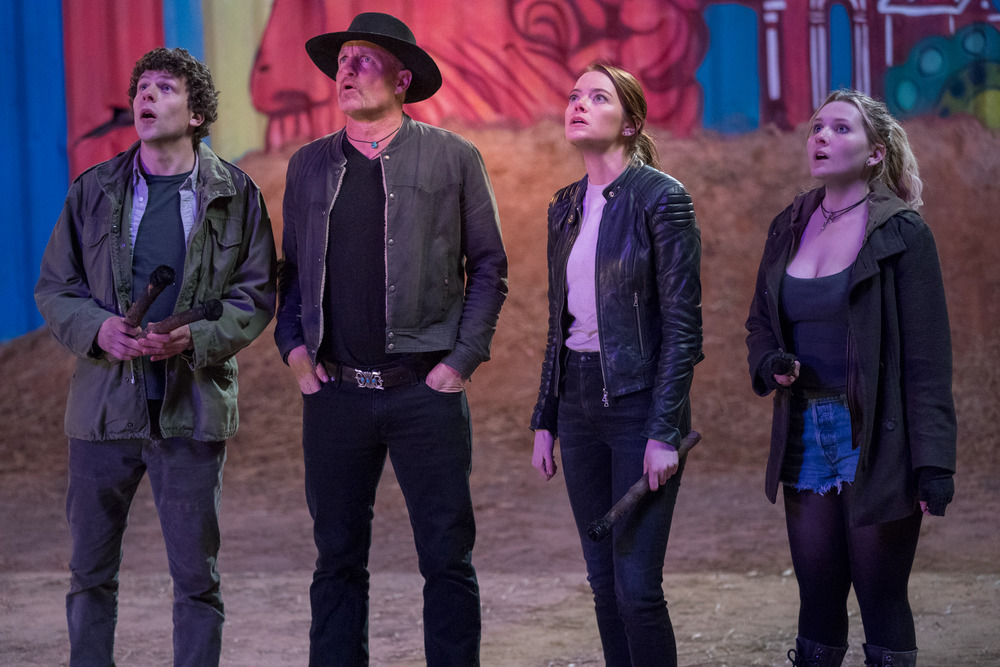 Ten years ago, the horror-comedy Zombieland came out of left field and became a surprise hit, delighting audiences with its irreverent snark and an engaging central foursome. The plentiful zombie killings were offset by the first film’s fresh insouciance, but lightning in a bottle is hard to capture twice. Although Double Tap re-creates the 2009 film’s cheeky tone and the family-that-slays-together-stays-together vibe, the sequel does little to advance the story, apart from adding a few new characters to the original mix. As sequels go, Double Tap delivers the goods, but exists in a realm that feels more like a second serving than a new taste treat. It still tastes good, but nothing ever replicates the joy of the first bite. Just ask a zombie.

Double Tap opens with the forged family from the first film having taken up residence at 1600 Pennsylvania Avenue. The lawn and the facade of the empty White House have become overgrown with brush and decay, the last residents having long ago vacated and, of course, the last 10 years of political life never having occurred. Amid the stability of living in this safe house, Tallahassee (Harrelson), Columbus (Eisenberg), Wichita (Stone), and Little Rock (Breslin) have become a family unit. Columbus and Wichita are now a consummated couple, and Little Rock and Tallahassee have developed a surrogate father/daughter situation. However, Little Rock is no longer the 12-year-old she was in the last film, and her now age-appropriate hankering to break free from her family unit is what kicks the sequel’s plot into motion.

After running through a limitless number of sight gags geared around survivalist outlaws living in the White House, the crew strikes out in search of Little Rock, who has fallen for the first human hitchhiker she meets: a pacifist musician (Jogia) who is headed for the peaceful rumored society dubbed Babylon. The original Zombieland writers, Rhett Reese and Paul Wernick (who also wrote both Deadpool movies) are joined by writer Dave Callaham, and Eisenberg maintains his sardonic tone in his voiceovers. Added to the mix is the ditzy mallrat Madison (Deutch, making the most of what easily could have been a throwaway dumb-blonde role), as well as Nevada (Dawson), the tough-as-nails proprietor of the Hound Dog Hotel, a shrine to Elvis that exists just beyond Graceland. The gang also amusingly encounters Tallahassee and Columbus’ perfect doppelgängers, Albuquerque (Wilson) and Flagstaff (Middleditch). The plot unfolds episodically, while Columbus’ rules to live by during the zombie apocalypse regularly punctuate the screen with zippy lettering and demonstrations of the consequences when the rules are not followed. (Columbus’ double, Flagstaff, has curiously developed a similar rulebook, but he calls his laws commandments.)

For an interview with star Jesse Eisenberg and director Ruben Fleischer, read "Back to Zombieland," Oct. 19. 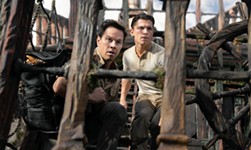