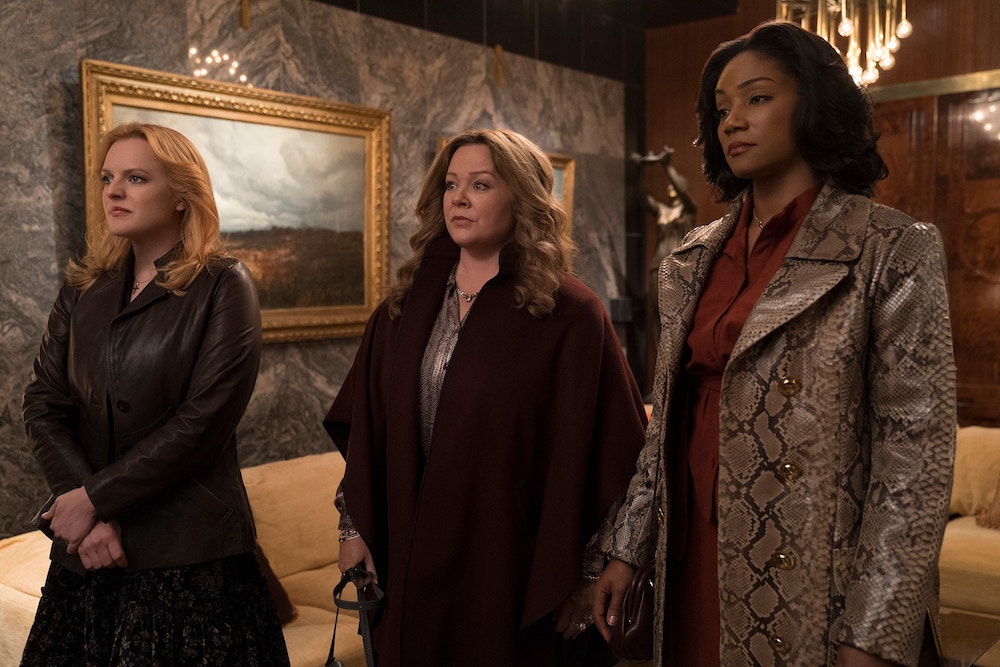 Tweet
print
write a letter
The balance point of a great mob movie lies in explaining the allure of organized crime while never making it seem glamorous or moral. Unfortunately, too many filmmakers – and that’s the case with New York period piece The Kitchen – think you just need some hard luck heroes, some ethnic slurs, a bunch of Fleetwood Mac and Kansas songs, and bada bing: You’ve got yourself a mafia movie. Or in this case, an Irish mob movie. Extremely loosely adapted from the 2008 miniseries from DC’s recently shuttered Vertigo imprint , this time, the underdogs rising through the ranks are three wives who scheme to rule Midtown Manhattan after their low-rent husbands get taken down by the FBI midheist. Kathy Brennan (McCarthy) wants to turn her mothering instincts to the whole of Hell’s Kitchen, even if that means not sparing the rod; Ruby O’Carroll (Haddish) has a chance to finally be the equal of her Irish family, who still just see her as a black girl from Harlem; while battered wife Claire Walsh (Moss) sees a chance for some kind of liberation.

As a writer, first-time director Andrea Berloff has a track record for solid, if unremarkable, adaptations (Blood Father, Sleepless) and gritty true-life tales (World Trade Center, Straight Outta Compton). Her take on the comic is, unfortunately, just clunky. The women build their new mob in moments (the storytelling equivalent of the old “Step One: ???, Step Two: Profit” meme), with so many logical gaps and missed steps that it never makes narrative or character sense. There’s neither the precise how-to of Casino nor the super-kinetic speedball charisma of Goodfellas, and that’s before a third act gear change that is supposed to ram home the female empowerment message. However, she misses what made those earlier mob movies work: You are intrigued by the gangsters, maybe even like them a bit, but you don’t feel bad when they get their comeuppance. The trio’s development into neighborhood heroes never comes with the critique it needs. Hint: A protection racket run by women is still a protection racket.

McCarthy and Haddish never seem to find that balance, leading to erratic performances that serve the moment rather than the scene. (There is one particularly ridiculous change of heart in the third act that basically derails any semblance of sympathy for the only consistently likable character.) Only Moss avoids this by playing so broad and cartoonish that she and Gleeson – sleepwalking through the role of itinerant psychopath Gabriel – seem to have escaped from a dark crime satire. At least they made a choice and stuck with it. 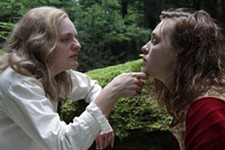