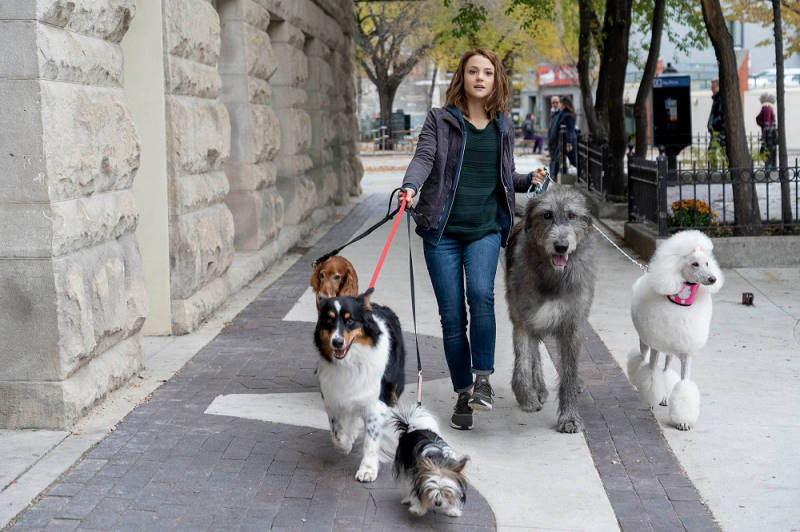 British science-fiction pioneer Michael Moorcock's greatest, most morally complicated creation was the eternal champion, a hero whose fate and curse across lives and dimensions was to give balance between the destruction of chaos and the stagnation of order. So it is with Bailey, the canine protagonist of W. Bruce Cameron's A Dog's ... novels, except he keeps being reincarnated to be a pleasant playmate and guardian of nice middle-class, Midwestern families, not stride across the howling wastelands with a sword that consumes souls and prophesies the end times.

Yes, here comes Bailey (Gad), the eponymous dog of 2017's A Dog's Purpose, about an adorable hound-spirit who keeps dying and being reincarnated in a different fuzzy body, but always with the same aim: to be the best pal to gosh-shucks farmer Ethan (Quaid). At the end of the last film, after a few incarnations apart, Bailey went to visit the farm – no, not like that – and brought Ethan back together with his childhood sweetheart, Hannah.

So what was left, after a boy and his dog were reunited? Well, a lot has happened on the farm since Bailey found his purpose. Mainly that Hannah (played originally by the late Peggy Lipton, now recast as Helgenberger) had a previously unseen grown son who, between films, died offscreen, and now his widow Gloria (GLOW's Gilpin, gloriously brittle as a drunken lounge singer) is raising their daughter, who was born a month after her daddy died.

If this seems like a huge amount of exposition just to set up A Dog's Journey, that's because the script depends on massive drama in the background, and then Bailey the Great Pyrenees – or, in later incarnations, a beagle, a bullmastiff, and a yappy terrier mix – to provide some commentary. Only he doesn't really understand what's happening, because he's a dog. The end result is rather like having the Greek chorus stand in front of the play, which is just one of the many off-kilter decisions that can only make A Dog's Journey succeed in spite of itself. Not least that, after spending multiple lives trying to get back to Ethan, now Bailey is assigned to look after CJ, who he finds through a series of unlikely encounters and escapades. After all, that is what these films do: stretch the credulity of animal fantasy far beyond snapping point.

All grown up, CJ (Prescott, a remarkable work of casting in finding an actress with an undeniable familial similarity to Gilpin, plus an equal to her excellent tragi-comic timing) has Bailey, in whatever fur suit, with her through thick and thin, terrible boyfriends, the constant support of her other best friend, Trent (Lau), car crashes, cancer, and her attempts to get a music career off the ground in New York coffee shops. Fans of the first movie will probably be a little baffled by the fact that the timeline has slipped back around 20 years, so that teen CJ isn't living in the future, but then fans of the novel will probably be annoyed that the script – adapted in part by Cameron himself – drops some of the more thematically courageous subplots, like presenting assisted suicide as an equal mercy to euthanizing a sick dog.

Yet A Dog's Journey is still prepared to get extraordinarily dark, especially for a movie with lots of adorable doggos, and Gad reciting a poop-and-butt-sniffing commentary aimed clearly at kids and undemanding tweens. It's less egregiously tonally divided than A Dog's Purpose, but still the same weird mix of tearjerking dog death, soapy drama, and kid-friendly comedy. The end result is like watching a season finale of This Is Us with a commentary track by Elmo. The dogs sure are cute, though. 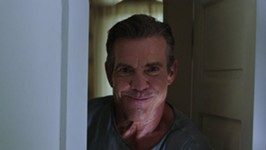 The Intruder
Is going Full-On Quaid a thing? Maybe so, as the veteran goes bugnuts melodrama in the "crazy neighbor" thriller