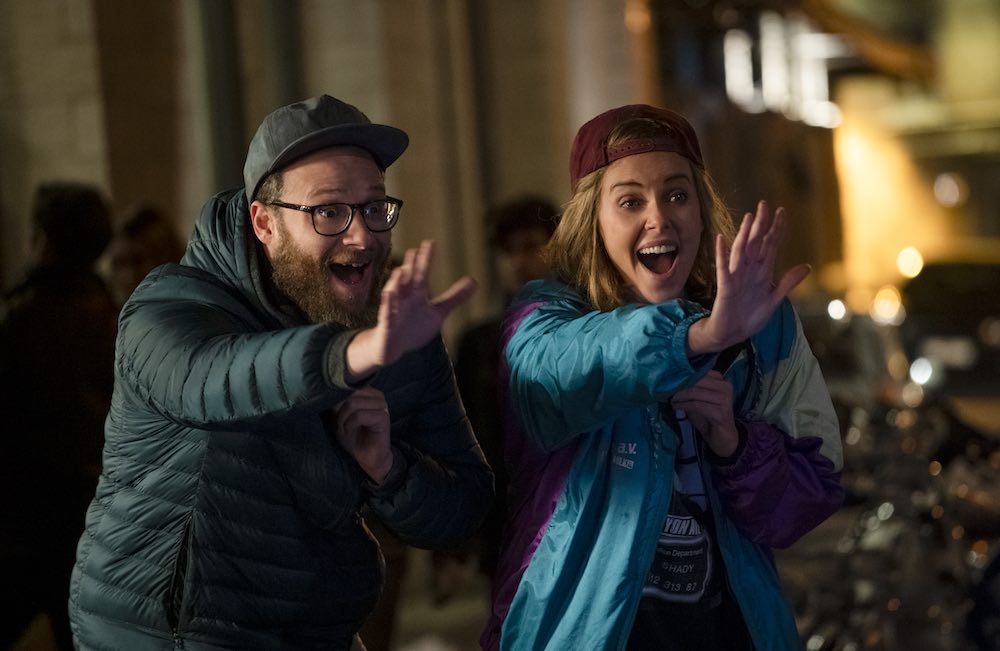 Every love story is a long shot, especially in the movies, and most emphatically in romantic comedy, a whole genre engined by the collision of kismet, conflict, and compromise that puts two people on the path to finding each other and figuring out how to make it work. Fred Flarsky (Rogen) and Charlotte Field (Theron) didn’t have to look that far to find each other – she used to be his babysitter – but their careers took them in different directions. She’s the ultra-composed secretary of state, eyeing a run for president, and he’s a rabble-rousing journalist at a progressive paper. Her literal job is diplomacy; meanwhile, he’ll quit a job just to flip a finger to the man, dwindling bank account be damned. When a chance encounter puts them in the same orbit again, Fred joins Charlotte’s staff as a speechwriter and travels with her overseas for a series of diplomatic meetings.

The script, by Dan Sterling (The Interview) and Liz Hannah (The Post), takes its time with this overseas stretch, building the case for why two very different people might warm to each other, and sincerely considering the reasons why the odds aren’t in their favor. It puts in the work. It definitely doesn’t feel like work; I laughed myself silly at Long Shot, a slouchily sexy romantic comedy for grownups. Going broad, going blue, and taking a few risks along the way, it’s not just a welcome jolt to the forever-flatlining rom-com (in feature films, at least), but a cut way above the usual genre offerings.

In his third collaboration with director Jonathan Levine (50/50, The Night Before), Rogen rather irresistibly vibes pothead-Albert-Brooks; even as his character spirals out in anxiety or identity crisis, as a performer, he’s never seemed so confident, so fully adult on camera before. Maybe it’s Theron’s confidence that’s catching. An Oscar winner with a mid-career move into action badassedness (Mad Max: Fury Road, Atomic Blonde), she’s game with every genre, but rom-coms have never been her thing. I’d say we’ve been missing out, but shudder to think of her slotted into any of Katherine Heigl or Kate Hudson’s Aughties perky-girl parts. Theron works so well here because the script actually gives her something interesting to work with: a nuanced character with ambitions, at ease in an authority role, vulnerable to self-doubt like everybody else.

Long Shot gestures at our particular political moment, its toxic divisiveness, with roughly the same oomph – anodyne, affirmational, unspecific – as its Nineties-era, fondly remembered forebears, Dave and The American President. It’s more effective as a document of utterly ordinary feminism. It doesn’t spend a lot of time on speeches about a woman’s worth, or what superhuman efforts it took Charlotte to ascend to her place in politics. Instead, the script, and Theron, matter-of-factly illustrate the old adage about Ginger Rogers, that she did everything Astaire did, only backwards and in heels. That the film actually gives her credit for it? That’s the best kind of wish fulfillment fantasy. 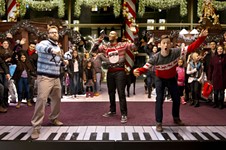