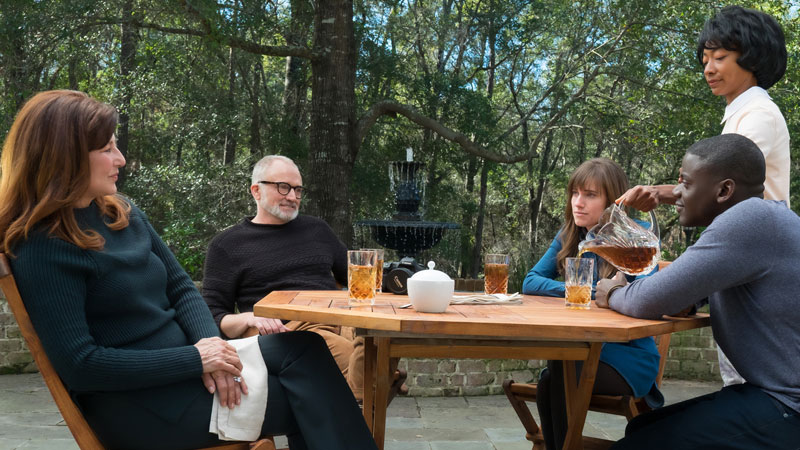 Jordan Peele (one half of the sadly defunct comedy show Key & Peele) makes an auspicious debut as a writer/director with the horror film Get Out. This movie is more of a psychological thriller than an out-and-out horror spectacle; blood and guts aren’t spilled until the film’s final act, at which point the story’s closely held secrets also come tumbling forth. Not only does this genre exercise deliver the little jolts and inside laughs that keep modern horror fans pleased, Get Out is also one of the smartest, funniest, and most socially astute films to come around in a while. Entrenched and perceived racism are put under the microscope, and then spattered to the four corners of the screen. The pernicious evil of racism lies at the crux of the movie, and even though escape may be possible, total eradication may require many more sequels (or social intervention).

Chris Washington (Kaluuya) is a young black man and photographer who is accompanying his white girlfriend Rose Armitage (Williams) on a weekend trip to meet her parents, Missy (Keener) and Dean (Whitford), for the first time. Chris is a bit worried that Rose hasn’t informed them ahead of time that her boyfriend is black, and once he arrives at their remote country home, the unsettling demeanors of the Armitages’ black servants, Georgina (scene-stealing Gabriel) and Walter (Henderson), put Chris further on edge. Even though Missy and Dean are good liberals, their attempts to make Chris comfortable stirs in him a sense of little micro-affronts, and the friends and neighbors who attend the Armitages’ strange lawn party further prod the embers. All this tension is not helping Chris in his desire to quit smoking, but Missy, who is a psychiatrist, offers him help in the form of a hypnotherapy session. (Note: Beware doctors offering free treatments.) Ultimately, all the fears that Peele sets up in the first two acts of Get Out come home to roost in the third.

Much of the film’s apprehension builds through our observation of Chris trying to decide if he’s justified or overreacting to the little breaches he experiences in this enclave of rich, white privilege. Are the many little odd things he witnesses meant as intentional slights or are they merely caused by his heightened racial perceptions? This is the delicious dilemma at the heart of the movie, and is part of the social contract that lulls Chris into acquiescence until it’s clear the time has come for revolt. Chris’ best friend Rod Williams (Howery), with whom he interacts mostly by phone, is a TSA agent who serves as both the movie’s comic relief and common sense. Rod would be the guy in your row at the movie theatre shouting “Get out!” to the characters. On the other hand, scenes with Rose’s brother Jeremy (Jones) seem like they’re cut from another movie. Additionally, the pre-credits sequence would benefit from better integration into the story, however the sequence’s evocation of the opening of Halloween is a signal to the many other film tributes scattered throughout. (In addition to John Carpenter, the sensibility of uncertainty that marks novels like Ira Levin’s Rosemary’s Baby and The Stepford Wives are evident everywhere.) Peele clearly knows his genre formulas, but moreover has a keen sense of how to make them speak to the present. 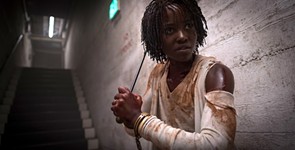 Us With Pretty Witty Podcast
...