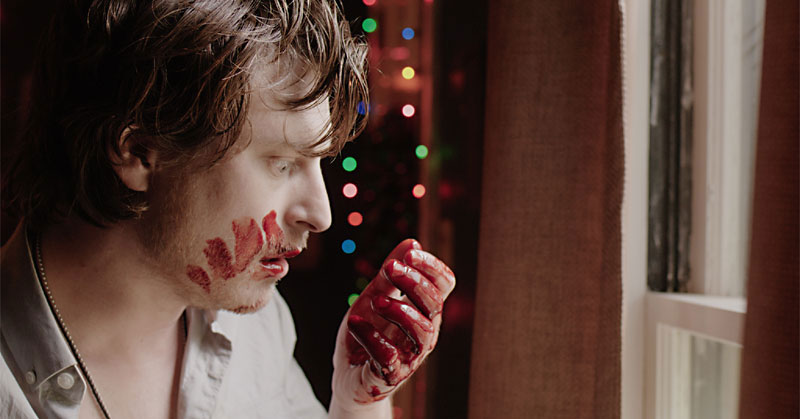 Their relationship is headed to some fracture – or may have already fractured, since Quinn is pretending he isn’t already out the door. He’s got an offer to perfect his creative skills at grad school, and his flirtations with fellow bartender Viv (Richardson) are developing more weight than maybe they should. But Quinn is in denial, and that turns out to be a bad plan when Thana gives him an unexpected pre-Christmas gift: a gun and a request that he trust her and pull the trigger.

What happens from there seems to be set up as a serious meditation on obsession and rejection, foreshadowed by a quote from Anaïs Nin. But once Quinn wakes up in the middle of his own private hell, it quickly slides into a less caustic and more character-driven EC Comics morality tale. Much of this depends on Segan, because – oddly for a novelist – it’s Egerton’s double duty as a writer that lets him down a little. His script has finesse, and as a director he continues his signature sense of silly yet black comedy. Yet at a brisk 74 minutes, there could easily have been a little more room for the supporting characters to breathe.

That’s most transparent in Thana, who remains an enigma, a manic-depressive pixie girl into whom Applegate can only layer so much nuance. Both she and Viv are basically foils to Quinn and represent the different stylistic nods, from brutal noir to a twistedly romantic Weekend at Bernie’s. It’s Segan who adds consistency, as Quinn has less control over his circumstances and his rapidly fraying sanity, as his grasp on his circumstances sputters like the half-burned Santa candle on the table. He’s an unconventionally conventional leading man, part Douglas Fairbanks Jr., part Rodney Dangerfield.

This review is reprinted from the online column, “DVDanger.” For our interview with Egerton on the film, see “Following the Fantastic Owen Egerton,” Sept. 25, 2015. 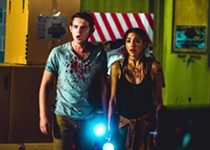 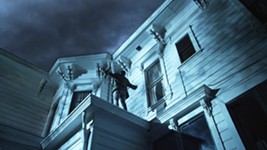 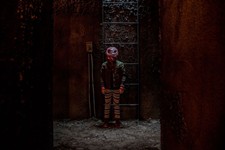 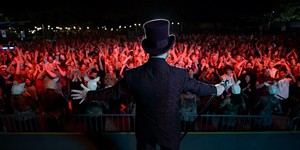