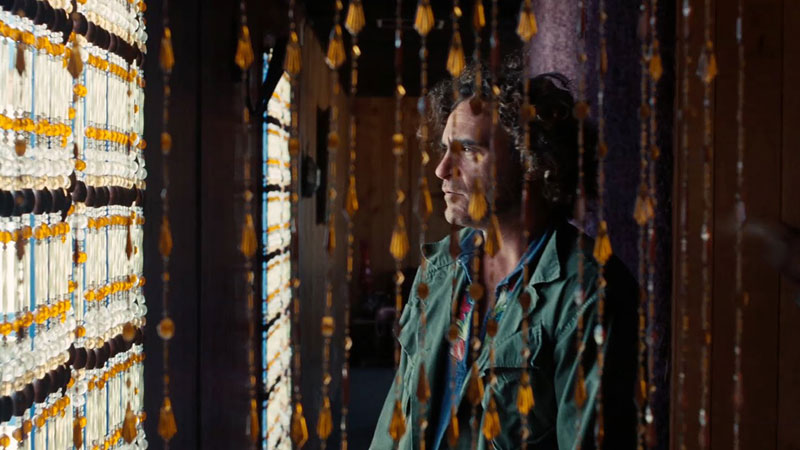 These tales, they usually start with a woman, a woman in trouble. Larry “Doc” Sportello (Phoenix) thought he’d seen the last of Shasta Fey Hepworth (Waterston), but here she is, sneaking in the back door at an unseemly hour, looking all straight and looking for help. His ex has become mixed up with the wrong crowd and needs Doc’s help untangling her from what could be a rather sticky situation. And how can Doc refuse? He might be a perpetually stoned hippie, but he’s also a licensed P.I., and this is his wheelhouse, his bailiwick, as it were. How can he say no?

And with that (and Can’s “Vitamin C”), we are dropped into Paul Thomas Anderson’s adaptation of Thomas Pynchon’s 2009 California noir novel, set in Los Angeles circa 1970. The Summer of Love has been forever crippled by Altamont, Charles Manson, and California’s land-grab capitalism (shades of Chinatown), and Nixon’s silent majority lurks in the background like a Leviathan. Doc doesn’t so much delve into the mystery as get strung along by so many unseen puppeteers, ever stumbling forward, and only rarely gleaning insight along the way. There’s Christian “Bigfoot” Bjornsen (Brolin, having a ball), an L.A. cop with a tragic chip on his shoulder and an unnervingly fetishistic affinity for frozen, chocolate-covered bananas; he’s pulling some strings, to be sure. There’s Coy Harlingen (Wilson) a surf-jazz saxophonist who may or may not be working for either the government or nefarious right-wing agencies (they are often one and the same in this story). Add to that a host of ancillary characters, such as a maritime lawyer with an affinity for TV shows; a horny, coked-up dentist who ruts like a rabbit; and a mysterious outfit called the Golden Fang, which may be a tax shelter for a group of dentists or an international heroin cartel, making addicts from their product and then treating them for their addiction (vertical integration is where it’s at), and it’s like, whoa, man what the fuck?

One of Pynchon's strengths is his ability to deftly marry the highbrow with the lowbrow so seamlessly that you are learning about some obsolete mathematical system while laughing at a fart joke. And Anderson, thankfully, gets that. His blend of noir, slapstick, and melancholy takes both the weight and the levity, and the results are a bittersweet, sun-dappled reverie. My advice? Relinquish yourself to this hazy tapestry, and let the film take over. Squares need not apply. 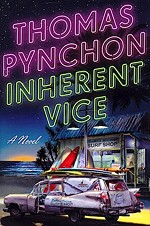