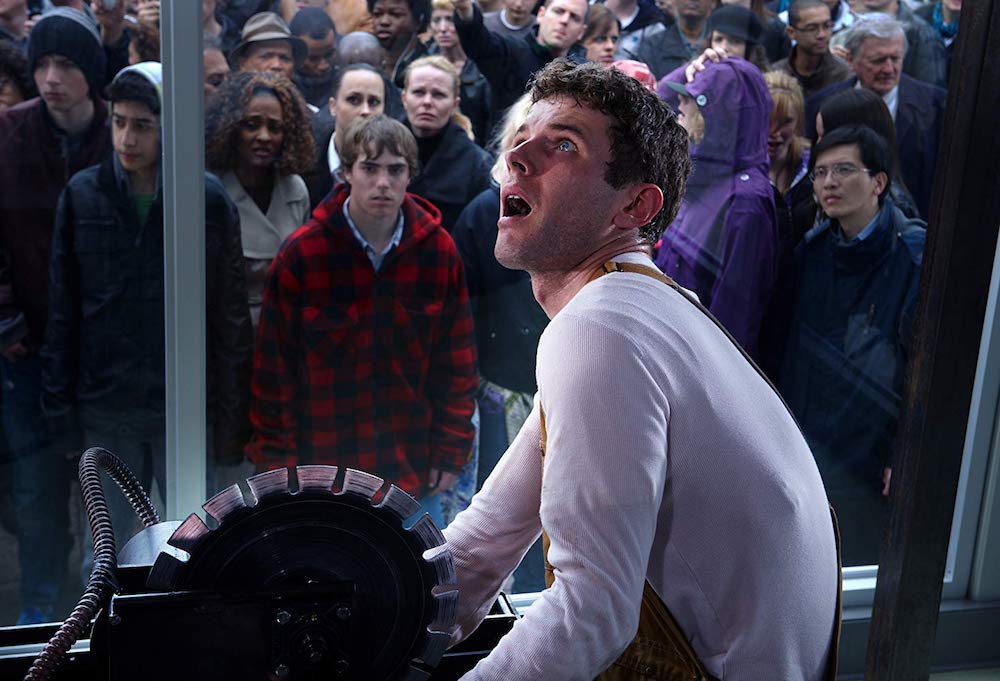 Shot in 2-D and then post-productioned up into the titular 3, Saw 3D has the desperate air of a doomed series that has outlived its marketability, its now near-incomprehensible backstory, and its core audience. The crowd I saw it with was less a crowd and more a handful of true believers who, judging from their decidedly nonteenage appearances, probably started with 2004's original and somehow managed to never grow up and out of the blood-drenched franchise. Hey, as Admiral Ackbar said, "It's a trap!" Plotwise, returning director Greutert and screenwriters Marcus Dunstan and Patrick Melton just don't seem to have the heart for it anymore. Saw 3D is purported to be – really, we mean it this time! – the final installment of the series’ Rube Goldbergian punishments and perils, and if that's true, then the series is going out with a whimper and not much of a bang. Mandylor returns as Detective Hoffman, the maniac cop who is carrying on the horrific work of Jigsaw (Bell), who died several storylines back. This time he's out to get Bobby (Flanery), a hack author-cum-huckster who's made the fatal mistake of announcing that he's a survivor of one of Jigsaw's past punitive ordeals. The late, real Jigsaw's wife, Jill (Russell), returns, this time on the receiving end of the horror, as does Jigsaw himself (via flashback after flashback, as much a series trademark as his ghastly engines of unfettered morality). Fans of the series, if there are any left and I'm not too certain that there are, will enjoy the usual smorgasbord of lower intestines spilling out from the screen and onto their laps (via the profoundly crappy 3-D) as well as an above-average opening slaughter involving two men, one woman, several buzz saws, and a crowd of gawking onlookers. But, really, is that so different from Austin's Sixth Street on any given weekend? I think not. R.I.P., Jigsaw. Stay dead. 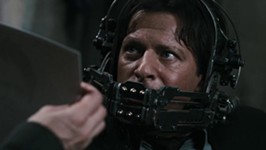