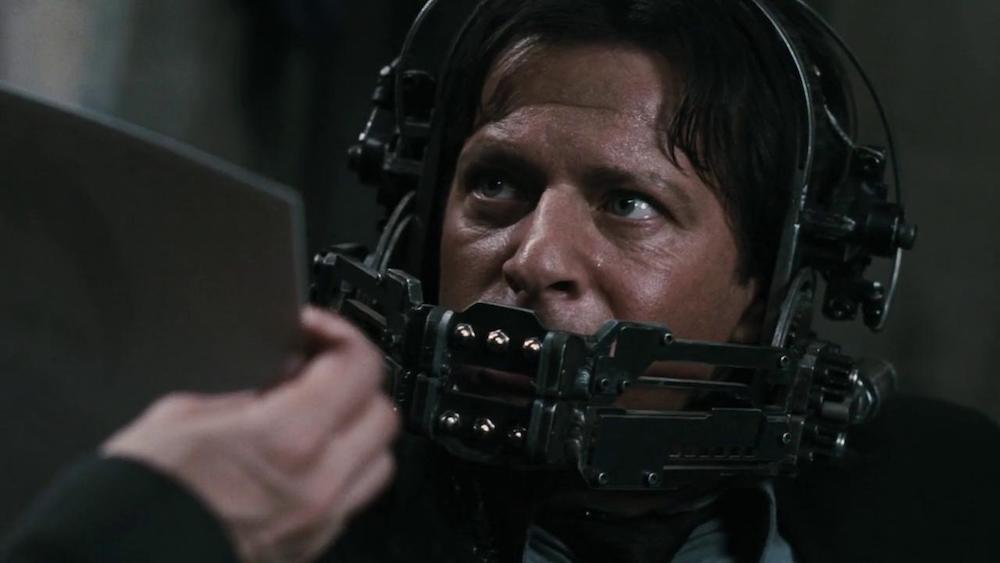 By now, you either droolingly await each Halloween for a new installment of this increasingly twisted (if possible) and continuing (more than probable) horror franchise or you wonder, like me, how long the producers and writers can keep coming up with such outrageously inventive ways to kill people without undergoing some weird karmic retribution of their own. Suffice it to say, if you're not already on this particular blood-drenched bandwagon – and after last year's lousy but predictably titled Saw V, I'm frankly more off than on – then nothing any reviewer or even devoted fan is likely to say will sway you from your course. For fans, however, Saw VI is, pardon the pun, a cut above the rest but not, sadly, by much. The series setup: Jigsaw (Bell), a homicidal maniac with a warped moral sensibility who has been dead since Saw III, is still capturing ordinary people who've aggrieved him and forcing them to make life-or-death choices to secure their freedom. Nowadays, he's using a proxy: his former nemesis Detective Hoffman (Mandylor, returning), who is no less creative in his hellish ministrations to the objects of Jigsaw's post-mortal wrath. The opening bloodbath alone, which provides a witty (if sticky) and literal take on the old "pound of flesh" biblicism, is, in terms of the series’ relentlessly downbeat and run-take-a-shower art design, as artfully constructed as anything that's come before. This time, the writers (Marcus Dunstan and Patrick Melton) have given the viewers someone considerably more satisfying to root against, however: Jigsaw's former health-insurance adjuster, William (Outerbridge), who in the past was responsible for denying a claim by Jigsaw that may have saved his life, or at least the lives of several dozen others. Enshrouding the whole gooey mess in the already blood-spattered surgical garb of the ongoing health care debate is a crafty move on the screenwriters’ part, but once you get past that pseudo-ironic touch, this Saw is no more or less disturbing than any other in the series. For those who are following along, there are some key revelations within the story (What's in the box?!), but if you haven't been paying rapt attention all along, then you'll probably be more satisfied pondering the mysteries of Pulp Fiction's briefcase. Saw 3D: The Final Chapter
This seventh film in the horror series promises to be the last.