Neo-Heathers cuts, but not so deep 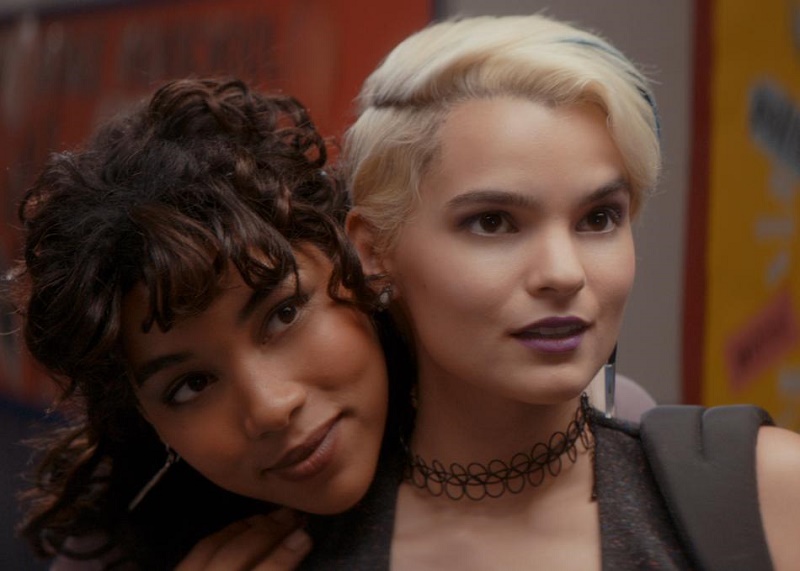 Meet Sadie and McKayla. They're the queen bees of their high school, in the cheer squad and on the prom committee. They just need two more things to complete their lives: a bunch of social media followers, and a body count.

Stealing two X-Men franchise players, director Tyler MacIntyre's horror-comedy isn't afraid to sharpen knives or nails. McKayla (Alexandra Shipp, aka Storm from X-Men: Apocalypse) and Sadie (Brianna Hildebrand, aka Negasonic Teenage Warhead from Deadpool) have worked out there's a serial killer on the loose in their bucolic Middle-American town, and they decide to capture him, so he can teach them how to be serial killers, so they can write a blog about the actual serial killer, pin their crimes on him, and then become the social media darlings that helped catch the bad guy.

It's a ridiculous setup, but the action embraces the silliness for a sick, slick satire, as the girls get bloodier and more gruesomely creative to get their moment of fame.

With its sights set on what people will do for social media fame, MacIntyre is clearly aiming for a neo-Heathers with extra gore. However, he sometimes falls into Buffy the Vampire Slayer territory (Kristy Swanson, not Sarah Michelle Gellar).

He clearly knows his horror history, with overt nods to De Palma, Carpenter, Ruggero Deodato, and, to bring things up to date, The Purge: Election Night. But then, there are moments when his filmic references feel a little like baggage, and that's in his depiction of high school life. Replace Twitter with Geocities, and Tragedy Girls could have double-billed with Clueless, and surely life has changed a little bit since then. That said, his satirical take on social media celebrities feels like a more timely grasp than other recent attempts to hang with the cool kids (looking at you, #Horror).

The story is also so hyperkinetic that it needs a dose of Adderall. Kevin Durand (rebar-wielding Fet from The Strain) chews the scenery gloriously, but his subplot often disappears for long stretches: a waste of Durand, and an itching absence from what should be the main story.

But the raw energy of Tragedy Girls blasts over those cracks, mostly powered by the whip-smart banter between the two leads. Shipp goes for a broader comedy, but Hildebrand, as with Deadpool, brings more nuance and depth than the story necessarily needed, and she strikes a gushing vein of dry smirks that pull the film away from the lip of the horror-comedy grave.