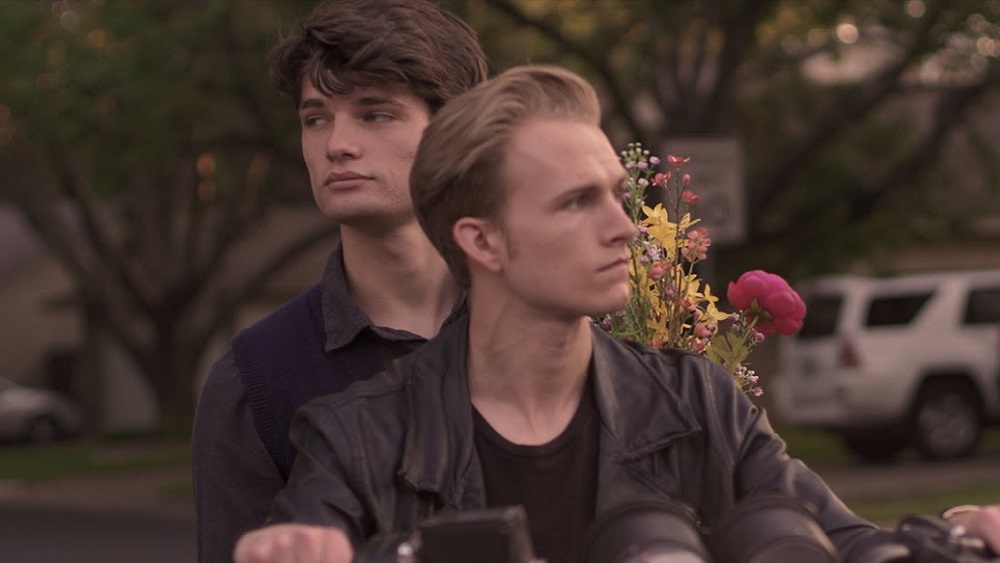 Luke Meissner is The Bob Zula in this Austin-made coming-of-age comedy, on Amazon Prime now.

Welcome to Now Streaming in Austin, highlighting locally made titles to watch while self-quarantining.
Everyone knows a Bob Zula. The guy who never quite gets it. Worst of all, everyone has been the Bob Zula some time in their life. And that's the key to The Bob Zula.

Austin-based writer/director Brandon Reich made the somewhat-autobiographical original 10-minute story of "The Bob Zula" back in 2009 (read more about that, and watch the short, right here), about growing up in Magnolia, Texas, as the awkward outsider with some good friends and too many ideas about love and life that he took from watching John Hughes movies.

Now the full feature has arrived on Amazon Prime, and we talked with Reich about adapting the short into a full feature, the challenges of finding a unique voice for his film, and learning that the only thing harder than playing baseball is filming it. Austin Chronicle: This is based on real events, so who was the real Bob Zula?

Brandon Reich: It’s mostly true, and heightened in some scenes. The origin of “The Bob” dates back to my friends and I making our own sketches in junior high and early high school. We all played the same character known as Bob. Writing a feature though, I wanted to persevere some of my favorite memories from my hometown Magnolia. So, in a sense Bob’s point of view, and even the true experiences, are a lot of my own, but the characters are inspired from my favorite real people.

AC: You made the short in 2009, and have directed a lot more since. Why did you want to revisit this particular story after so long?

BR: Honestly, when I made the short in 2009, I thought it was going to be the project that helped me break into the industry. I loved it, and put everything I had into the short because of that. It didn’t get a lot of festival buzz, but it was always mentioned as a favorite by whoever had seen my work. That encouraged me to keep thinking about these same characters on a larger scale. In 2016, I got married, and I knew that if I was actually going to live out the dream of making a feature, I had better do it while I had the time, and before kids came along. And would you know it, the timing worked out, because I’ll be a new dad in about five weeks!

AC: The original short had a Kevin Smith-meets-early Cameron Crowe vibe, but the feature has a feel all its own, a very poetic delivery that almost feels theatrical. Why did you decide on that approach, and how did it develop through the script and shooting phases?

BR: That’s a huge compliment, thank you. I love both of those filmmakers.

First, I want to give a shout out to our amazing Austin crew, specifically Athan Bernal, and Jordan Spayd for cinematography. Part of the challenge was remaking something I had made 10 years earlier. My style evolved, and so did my sense of humor, but the characters were constant. It was important to me that the short was visually noticeable as a standalone scene in the feature, so we matched each shot frame by frame for the remake.

As for the theatrical style, I spent over five years in Chicago studying and performing improvisational comedy at dive bars and on small stages. I guess I didn’t realize it at the time, but by watching some of the best comedians nightly, I became infatuated with the intimate settings, and live performances. The script development process was mostly solitary until I had a rough draft. From there, I reached out to talented writers that I trusted who would give me honest feedback, and I took notes from everyone that offered them. I continued making changes even during auditions, because the script would come to life, and I’d say, “That doesn’t sound like something a believable character would say.” We had a table read, and I made more changes based on feedback.

Although we started principal photography, and I thought I was done scripting, I received feedback that we needed a stronger exposition of Bob’s goal, as well as add another scene to help wrap things up before the end. Even though the picture was cut together, I understood it was needed for the story to be the best it could be, and I highly respect the people who gave me the advice. I can’t thank the cast and crew enough for coming back a year later, and without compensation, for the pickup scenes. One actor who plays Hunter, Nathan Ehrmann, flew all the way from California.

“The character is very lost and naive, like we all were during our senior year of high school, but with [Luke Meissner’s] performance we’re still able to have hope for Bob, rather than just watching failure after failure.”
AC: There's a sense of this being a mirror version of so many coming-of-age movies: Bob isn't great at getting the girl, he doesn't seem to learn too many lessons, and he can be kind of a jerk. Yet there's still a sense of positivity here. What were the challenges for you in keeping Bob likable?

BR: Casting Bob with a likable actor was big! Luke Meissner, who is an amazing artist, really colored the character in so many ways. Luke brilliantly spins the character’s downfalls so they aren’t too depressing, and helps keep the audience rooting for the underdog. The character is very lost and naive, like we all were during our senior year of high school, but with Luke’s performance we’re still able to have hope for Bob, rather than just watching failure after failure, which to me is still funny.

AC: Texas baseball is always the kid brother sport in small towns compared to high school football (which sort of adds to Bob's underdog status here). You handy with a bat?

BR: Ha, I grew up playing all sports, but like Bob, I was never really good. I did play baseball, and didn’t make the high school team. Ironically, I lettered in powerlifting ... in the lowest weight class. 123 lbs!

Baseball though is very nostalgic to me, and when I looked at the logistics for filming, I knew that it would be more practical to get baseball pants, shirts, and hats rather than football gear, and a thousand extras to play fans. We didn’t have cleats, and didn’t even have enough money for all the gloves, so you can see some characters in uniform keeping their hands behind their backs. That’s kind of the spirit of the movie really. It’s about going after something that you care deeply about, and in life it doesn’t always turn out like you hope, but the memories and experiences make for great, well, badass stories.