Concentration camp survival horror is more tender than it seems 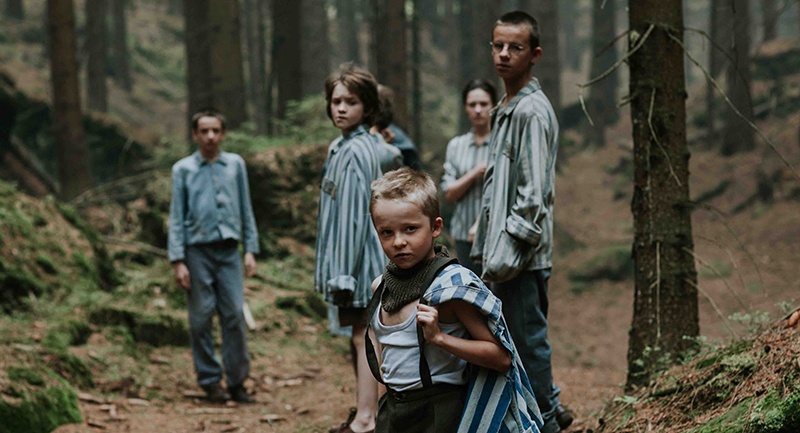 When Adrian Panek called his World War 2 survival drama Werewolf, it's not hard to imagine he was referencing Werwolf, the Nazi plan to leave covert forces behind enemy lines as the Allies advanced on Berlin.

That plan was a failure from moment one, but the naming evokes the idea that just because the front line has passed by, that doesn't mean the trauma of war has broken its hold.

The opening is the night of the liberation of Concentration Camp Gross-Rosen, a real death camp in Poland, and the fate of two groups of survivors: First, the guard dogs who patrolled the camp, and sometimes killed the prisoners; and then the children, who find themselves merely turned loose, with no support or parents to suddenly guide them in this new world. The real tension is between unwilling and de facto mother figure Hanka (Sonia Mietielica); the sole German boy, brusquely nicknamed Kraut (Nicolas Przygoda); and Wladek (Kamil Polnisiak), the bespectacled young boy who became the bunk leader and effective sonderkommando for the other kids in bis barracks at Gross-Rosen. Now the kids are all released, he’s the one struggling most with trying to find where he fits in – much like the hungry guard dogs who have found the kids in the crumbling mansion that is supposed to be their temporary orphanage.

Writer/director Panek’s sophomore feature goes straight for the jugular of the werewolf metaphor, of what it means to lose your humanity. The kids have every excuse for turning on each other, but there is a tenderness to their compassion for each member of this rag tag pack of orphans, amplified by the sensation of seeing a story that has never really been shown before, of the child survivors of the camps. Moments like how they eat potatoes are such a simple and profound observation, but then explain why they don’t just run screaming when the wolves – both metaphorical and physical – come out.

The young ensemble cast is astounding, not least because there is no showboating, while Panek's script never paints them as miniature adults. The question that stays open right to the end, and that keeps the action intriguing, is whether these pups will become wild wolves or be happily domesticated again.