Kickstarter campaign to save rare movies

When Tim and Karrie League co-founded the American Genre Film Archive in 2009, it felt like a spiritual successor to Something Weird Video, home to low-budget cinema's greatest archive. With the sad death earlier last year of Mike Vraney, now AGFA is stepping into the breach to save his precious archive for a digital future. 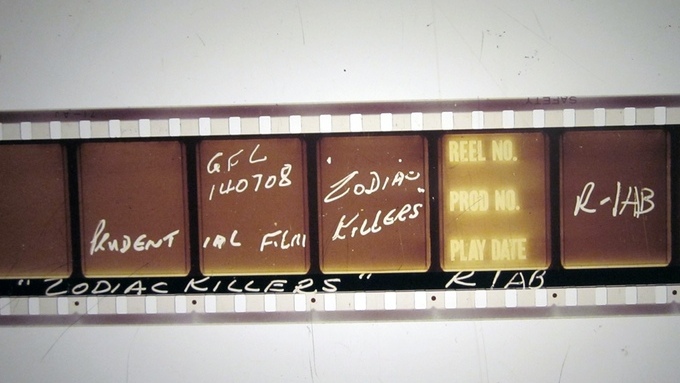 The Zodiac Killer, the first film the American Genre Film Archive hopes to save from the Something Weird Video collection with their new 4K scanner (Kickstarter willing). (Image courtesy of AGFA/Kickstarter)

After Vraney's passing, there was an undoubted question about what would happen to the collection. Last week, AGFA launched a Kickstarter campaign to buy a digital 4K scanner to preserve the films.

But wait, isn't AGFA all about 35mm? As anyone who has seen the tiny portion of the collection displayed in the lobby of the Alamo Drafthouse Slaughter Lane can testify, that commitment is undoubted. But AGFA's main purpose is to preserve these prints so they can be readily screened and distributed. Sadly, many are so fragile or rare, or even unique, that shipping them around the country is a huge risk. Digital conversion not only creates a great back-up, but should add years to the lifespan of the original celluloid.

The goal is to raise $30,000 by Oct. 28, and the campaign is already over halfway there. No surprise, since this isn't their first experience with crowdfunding. Back in 2014, AGFA raised over $17,000 through an IndieGoGo campiagn to retire bizarro Seventies cinematic slap-in-the-face The Astrologer. Buying a 4K scanner will cut the cost of preserving each film dramatically, and AGFA already has its first title lined up: 1971's fairly untrue true story, The Zodiac Killer.