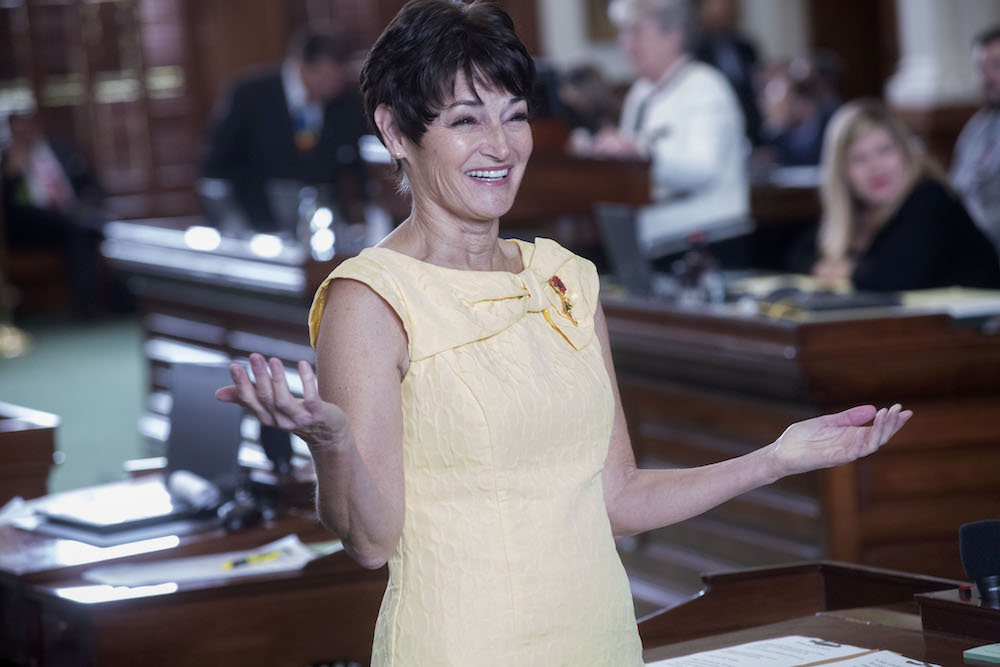 In a historic move, the City Council invested $150,000 in logistical support for abortion access in 2019, said to be the first effort of its kind by any city in the nation. Last year, they infused that investment, meant to help low-income women overcome the myriad barriers they face seeking abortion care, with another $250,000 reallocated from the Austin Police Department budget. The bold provision of direct financial support pushed back against the wave of local anti-choice ordinances passed by small towns across Texas and the constant barrage of attacks on abortion rights from the Legislature.

Naturally, Campbell and Noble could not let Austin’s gesture go unchallenged. The bills – which bring together the GOP majority in the Lege’s obsessions with punishing both Austin and women exercising their constitutional rights – target specific actions provided by abortion support groups that Austin helps to fund. These include child care, transportation, lodging, food, counseling, and – broadly – “any other service that facilitates the provision of an abortion.” The Legislature back in 2011 banned local government funds being used to pay for abortion care itself, a move targeted at Travis County’s Central Health.. The attorney general, on behalf of the state, would be able to sue cities that violate the new statute.

In 2019, the Lege passed SB 22, also authored by Campbell and carried in the House by Noble, which prevented local governments from entering into any agreement with an abortion provider or affiliate – a rebuke of Austin’s decades-long nominal lease of city-owned property to Planned Parenthood to house its clinic on E. Seventh Street at Chicon. That clinic does not provide abortion care, but Council and Planned Parenthood only evaded the statute after quickly adopting a 20-year extension to the lease before the law took effect. However, the law still blocks the provider from any collaboration with the city for community outreach, education, or health services. It also put the kibosh on Austin ISD’s adopting an updated sex education curriculum authored by a Massachusetts PP affiliate; the district instead wrote its new teaching plan from scratch.

“Austin will keep working to protect abortion access, reproductive rights, and health care,” Council Member Greg Casar, who championed the budget measure along with CMs Leslie Pool, and Paige Ellis and former Mayor Pro Tem Delia Garza, tells the Chronicle. “When the state passed a law trying to close down the Planned Parenthood clinic in East Austin, we found a way to keep it open. We will keep pushing for what we believe in, and we're not giving up.”

Pool tells the Chronicle her office is eyeing the bill closely and vocalizes her continued support for the abortion assistance funding. “I’m proud that the City of Austin is able to help women who are in need,” said Pool. “All women deserve equal access to the full range of reproductive health care. To the extent that my practical support legislation helps them, I'm fully on board, now and into the future.”

To date, the funds – which flowed through Austin Public Health following a competitive bidding process – have gone to Jane’s Due Process, an organization that assists young people in obtaining abortion care. That group is subcontracting with Mama Sana Vibrant Woman and Fund Texas Choice to provide the support services.