Despite public outcry, Brooke, Pease, Sims, and Metz all to shutter 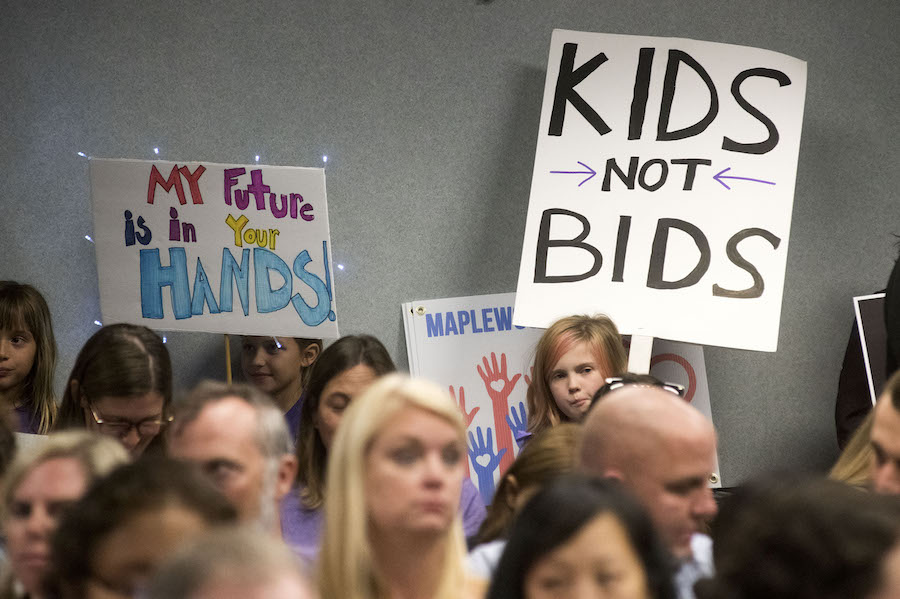 Four Austin ISD elementary schools will close next year, following a 6-3 vote by the Board of Trustees on Monday, Nov. 18.

The decision to close Brooke, Pease, Sims, and Metz marks the conclusion of the first phase of the multifaceted, multi-year School Changes process initiated by the district as a response to fiscal challenges and ongoing declines in enrollment. Under the plan approved by trustees, current Brooke students will be split between Linder and Govalle, Sims students will go to Norman, Metz students to Sanchez, and Pease students to Zavala (for at least the next school year, while the parents at both schools work on a permanent solution).

The district has said it needs to find a better, more stable financial footing, with fewer schools to operate and maintain, following the loss of more than 6,000 students over the last six years. But ever since the School Changes “scenarios” were unveiled on Sept. 5, parents and community groups have criticized AISD for opting to close campuses struggling with enrollment rather than continue efforts to recruit students to them; for failing to consider districtwide changes, most notably redrawing school attendance zone boundaries, that are less politically popular, but potentially more transformative for students and schools; and most of all, for the closures’ disproportionate impact on the district’s black and brown students.

Three of the four schools (Metz, Brooke, and Sims) that trustees voted to close are east of I-35 – the historic dividing line of race and class in Austin. Those three have student populations that are at least 90% black and brown, with more than 90% considered economically disadvantaged. Activists honed in on these numbers, imploring trustees and AISD leaders to look at whiter, more affluent campuses as a way of dispersing the disruptions upon children’s lives among more privileged students in the district.

Along these lines, the most damning condemnation of the document came from within AISD ranks: the district’s recently-hired, first ever Equity Officer, Stephanie Hawley, who offered a searing indictment of the proposal. “The map you have is a map of what 21st century racism looks like,” Hawley began a statement that sent shockwaves through the boardroom Monday night.

“The map you have is a map of what 21st century racism looks like.” – AISD Equity Officer Stephanie Hawley on the School Changes plan

“We did not deliberately do that, but we did not disrupt history,” she continued. “Our process for selecting schools was flawed, [and it] was inequitable.” Hawley described how she tried to chase down a paper trail that documented the district’s process for selecting these schools for closure, but could not find anything that adequately explained how the decisions were made. She said the district should pause decisions on closures to give time to conduct an “equity audit” on district facilities, academics, and finances, because “our data are screaming that we may be well-meaning but we’re doing damage.” The closures painted a picture of what “well-meaning racism looks like,” Hawley said, and concluded by urging the board to “demonstrate humility “ by “taking a step back, because we know that this is forever work you’re voting on tonight.”

It wasn’t surprising that Hawley offered criticism of the plan – or even that she called it racist – because she has been critical of the proposals since they were revealed. In a conversation with the Chronicle shortly after the first draft of the plan was released, she was open about her issues with the scenarios, but expressed general alignment with the district’s strategy of achieving equity by moving black and brown students out of aged facilities with high overhead expenses that could better be used for programming in modernized buildings that allow for more innovative approaches to learning.

But the force with which Hawley pushed against School Changes, and that she did so just hours before the board was to vote, was surprising. It’s unclear what if any impact Hawley’s statement had on the three trustees (LaTisha Anderson, Ann Teich, and Arati Singh) that voted against the proposal. Singh has long been skeptical of the closures and had most vocally called for a delay. Anderson appears to have been primarily opposed to closing Sims, though that school’s consolidation onto a modernized Norman campus was in the works before the School Changes proposal. On Monday, Teich tried to break up the eight items, including the four closures, bundled in the motion before the trustees into separate votes; when that effort failed, Teich said she could not support the “monolithic” vote and decided to vote against.

Singh also proposed an amendment, which ultimately failed, to remove Pease and Brooke from the closure list, an idea that clearly frustrated Anderson, who saw the move as prioritizing Pease – 42% white and 18% economically disadvantaged – over Sims. Teich offered a second amendment to direct AISD staff to prioritize the repurposing of shuttered campuses for affordable housing; this idea failed amid questions of its legality and whether the buildings could serve other community needs. A two-year moratorium will prevent the district from selling the properties, however. 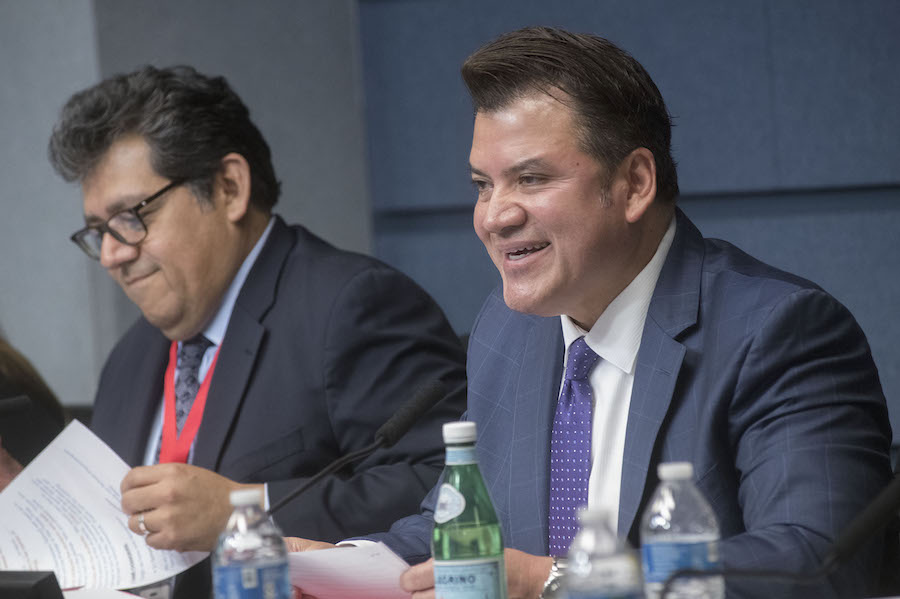 The six trustees who supported the plan have a different view of how School Changes could impact current and future AISD students. First, the operating dollars the district saves on maintaining the aging facilities can be reinvested into academics, arts, and support services that help students learn; the district estimates it will save just under $2 million annually at each closed campus, to be reinvested at the receiving schools.

Supporters also point to other components of the plan that have largely been overlooked as campus closures have sucked up all the oxygen. Board President Geronimo Rodriguez has championed the extension of school operating hours from 6am to 6pm as offering help to working families. “The families-first schedule will bring equity to our parents working early and late hours,” Rodriguez told us last week. He also pointed to generational change that could come with introducing multicultural studies districtwide and a focus on improving cultural proficiency among AISD employees at all levels.

For Kevin Foster, a leading critic of the plan, these are merely gestures at equity. He argues that much historical policymaking in Austin has rested on arguments similar to the ones AISD is making with School Changes: We know the results cause harm, but we’ve done our best to mitigate the damage. “The plan felt like the district saying to black and brown communities, ‘We are going to make this move, [because] we believe it is right for you,’” Foster told us on Tuesday, after the board’s vote. “Then they try and make themselves feel better, because they say they did something to mitigate the damage.”

Now, Foster says, the community of parents frustrated by Monday’s vote will focus on preventing AISD from moving forward with the next phase of School Changes, which could lead to the closure of eight additional schools.