Checking In: Beto Martinez Stays Home for the Summer

Latin rock franchises seldom mainstream in this country, but Austin counts one of the most recognizable in Grammy-winning big band Grupo Fantasma, whose spinoffs Brownout and Money Chicha also pivot on guitarist Beto Martinez. Pandemic keeps all three from crowding hungry local stages, but the shredder now expands his game as a solo artist and producer. 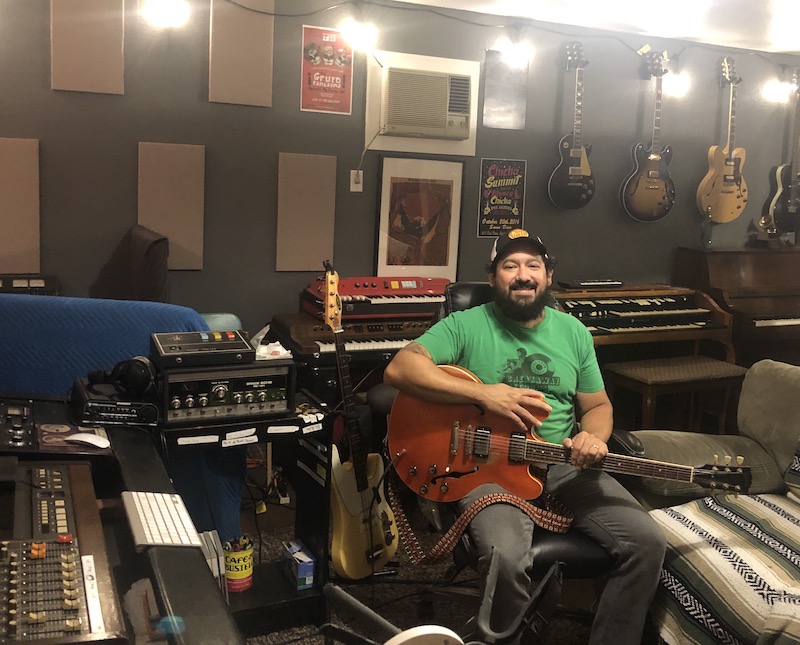 Beto Martinez: I have been sheltering at my home in Buda with my family, which includes my wife and two 11-year-old daughters. It has been going well, despite bouts of boredom or frustration. We’ve settled into a bit of a routine.

My wife is still working half-time and now that “school” has ended and the struggle to keep kids on task while simultaneously giving them free access to computers is over, a new focus on how to survive the summer has begun. I’m usually on tour in the summers, so it’s a bit of a different experience this year. I have a small studio here and have been able to continue working sporadically.

“Many of us not only lost careers, but a primary purpose outside of our family life.”

BM: I can point to two specific dates where things began to take a definite turn for me. March 6 was the first Brownout release show for our new album. That afternoon, SX was cancelled.

It cast a pall that we definitely tried to shift focus to maintain spirits for the shows, but immediately resulted in the loss of significant income from several shows between Grupo Fantasma, Brownout, and Money Chica, and also a handful of gigs I was to play as a hired gun for a Colombian artist. The next Wednesday at the Austin Music Awards, in the midst of celebration, is when the bottom really fell out. It began with notifications of cancelled sports seasons and into the next day gigs began cancelling.

By the end of the week, our calendar through June was empty.

We planned the Brownout album release over two years, holding it back so we could release the Grupo Fantasma album first in 2019. Losing all the planned dates and touring, and the immediate momentum after the release was definitely a blow. It set us adrift.

Our entire financial picture became uncertain and the next six weeks or so were spent trying to sort through options to meet immediate financial needs for myself and helping my bandmates do the same. My wife, a healthcare professional not directly working with the COVID response, unexpectedly found her employment in jeopardy as well, ultimately seeing her hours cut in half. It created a few weeks of crisis before we could get a handle on it. 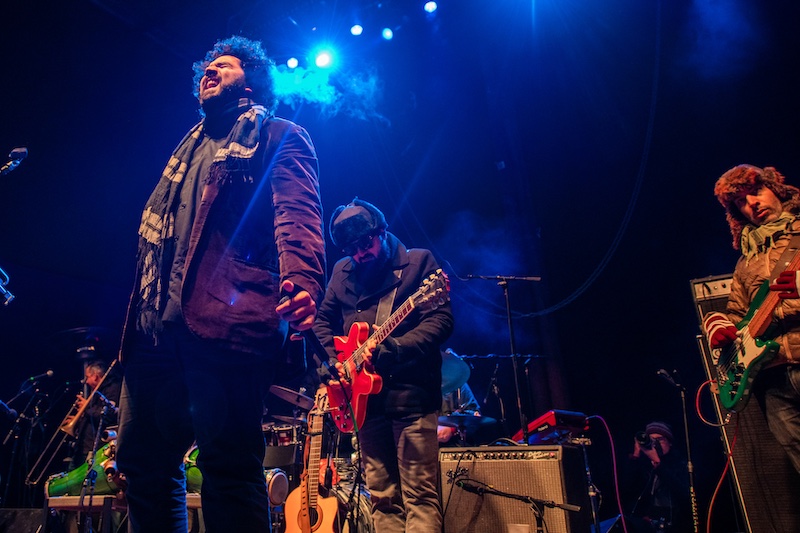 BM: A lot changes. People re-evaluate and refocus. I know for many people all the sudden uncertainty and instability set off a malaise or depression.

And I think that says a lot, because musicians and performers learn to live with uncertainty as a matter of fact. It comes with the business of music as you constantly try to sell yourself and nothing is guaranteed. But we learn to survive through the skills we hone and always seem to hustle a way to get by.

COVID rendered nearly all of those skills unusable, from the stage to the studio. Many of us not only lost careers, but a primary purpose outside of our family life. I was pretty bummed, unable to think creatively or focus on any music until I was able to get some resources lined up between unemployment and grants.

Taking care of that took off a lot of pressure and I began to write music again, and shift my focus, but that whole dynamic of performer and audience is gone. The immediacy and the energy we derive from it all, the exchange and the encouragement is all gone. There is a void for sure that won't be filled without live performance.

“Musicians and performers learn to live with uncertainty as a matter of fact. It comes with the business of music as you constantly try to sell yourself and nothing is guaranteed. But we learn to survive through the skills we hone and always seem to hustle a way to get by.”

BM: Well, once I was able to focus on music again, I began searching out options to try to potentially earn a bit from it. The obvious thing was livestreaming. So many people shifted into this role, but I quickly realized that I wasn’t a solo performer and it wasn’t for me.

I also found that long distance collaboration with my bandmates wasn’t entirely possible as many were without home recording situations. So I started to record myself in my studio. I’m a guitarist, but I began to record complete songs playing everything myself, including drums and vocals, something I would never have dared to do before COVID.

I was honestly surprised with my ability and after posting some music, surprised with the positive response. I turned it into an ongoing project to record these short songs almost daily and it’s really given me a drive and a focus. I'm still not making money directly off of this, but am looking at options to release this music.

A couple of other opportunities have come in for remote studio work, but since this work stoppage is industry wide the budgets aren’t there and I'm still not seeing too much work on that end either.

BM: My soundtrack has been heavy. A lot of metal, punk, and rock: High on Fire, Windhand, Idles, American Sharks. But also a lot of funk and psychedelia, from the Meters and Funkadelic to Erkin Koray and Baris Manco, and of course heavy doses of Chicha from Los Orientalis, Los Destellos, and Manzanita.

Music has always been a therapy and escape for me. Even when playing every night on tour can make certain sounds tedious, those long drives and conversations or zoning out alone in the last seat in the van were chances to listen to and offer up new music – to strap on headphones and retreat internally. Music has always gotten me by, as listener or performer.

Maybe an unexpected side effect of the loss of my daily grind either playing my bands’ music live or recording and mixing other peoples music and the focus that entails, is that I have time and inclination to listen more to things I’m not directly working on. From listening in the backyard while the kids run around to laying in bed late into the night with headphones, music is always there and will always be a comfort and a release. 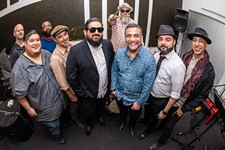