I Found Clint Black’s Demo Tape in the Goodwill Bins

People ask me what I miss the most from life prior the pandemic. Going to concerts – of course – and eating greasy Chinese buffets rank high. Really though, the singular spot that’s killing me to be separated from: Goodwill bins in Southeast Austin. 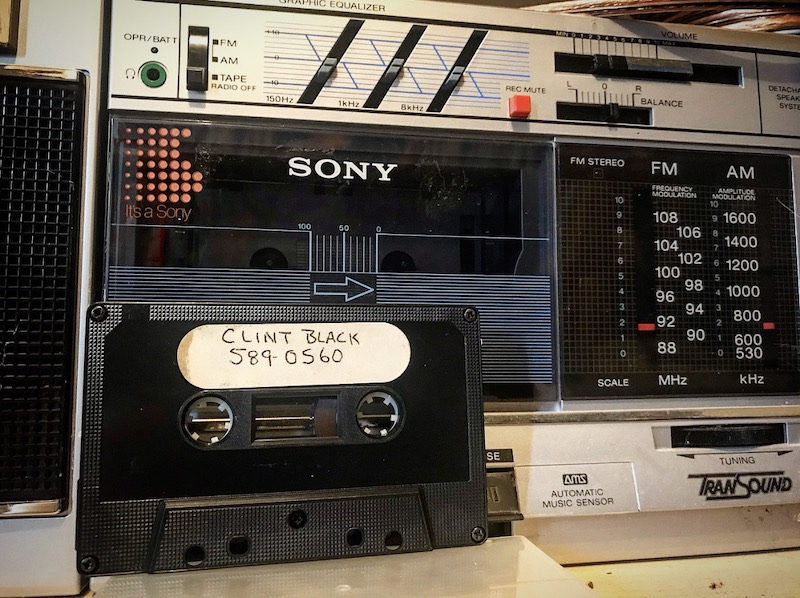 It’ll be a long while before I feel comfortable being shoulder-to-shoulder with dozens of strangers, digging through troughs of unsorted used goods sold by weight.

Still, my home brims with items I’ve procured in the sticky blue bins where you’ll get elbowed by an abuela if you’re in the way, or trampled by teams of vintage clothes vendors and electronics resellers when a new container gets pushed onto the floor. I’ve nabbed everything from valuable vintage sports collectables and rare books to a folder full of some guy’s naked photographs of himself from the Nineties. I’ve also found a great many cassette tapes.

Earlier this year, hunched over a pile of miscellaneous doo-dads and odds-n-ends, I hit a vein of great music: CDs, home dubbed reel-to-reels, and tapes galore. I imagine someone died and his or her survivors boxed up their music collection and dropped it outside a Goodwill. Being that everything costs about $1.50 per pound, I threw a lot of it in my bag.

When I got home and reviewed the material, one tape stood out: A black cassette with a handwritten label that reads, “Clint Black 589-0560.” Did the multi-platinum country star put out an album that’s titled with a phone number?

If this is indeed a young Clint Black – and not someone who planted a fake Clint Black demo in a thrift liquidation outlet – his voice rates golden, if not entirely of-its-own.

So, could it be what it appears to be... a pre-fame demo? Songs cut long before his 1989 debut, Killin’ Time, made him the first country artist with five chart-topping singles off one LP? Black grew up just west of Houston in Katy and spent the mid Eighties playing solo gigs throughout the state. Later, as he rose to national stardom, his management based out of Austin in the personage of Bill Ham.

I put the tape on an era-appropriate Sony boombox and hit play. What I heard wasn’t what I expected. Rather than primitive versions of material from Killin’ Time and other seminal songs from a budding country hero, out of the speakers emanated – presumably – an advertisement from a guy who came up singing cover songs in restaurants and bars.

The tape consists of 60-90 second clips of someone performing impressive solo renditions of well-known tunes, beginning with Jim Croce’s “Don’t Mess Around with Jim” [0:00-1:02]. If this is indeed a young Clint Black – and not someone who planted a fake Clint Black demo in a thrift liquidation outlet – his voice rates golden, if not entirely of-its-own. On the version of “Old Man” [1:06-2:32], the singer gets caught doing an impression of Neil Young.

George Strait, who Black credits as an early inspiration, represents via a cover of his 1982 single “Fool Hearted Memory” [2:35-3:47]. Fellow Texan Delbert McClinton’s “Two More Bottles of Wine” [3:48-5:03] also gets interpreted, complete with an impressive solo on the harmonica – an instrument Black played early in his musical journey. The demo maker’s affinity for soft balladry comes demonstrated by Dan Fogelberg’s “Leader of the Band” [5:04-6:29], the least exciting offering on the tape.

An email, sent in February to the Nashville-based company that manages Black, did not receive a response. Thanks to Kurtis Machler at Million Dollar Sound for overseeing the digitization of the cassette, which you can listen to right here: 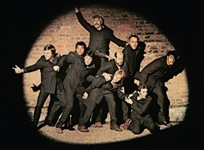 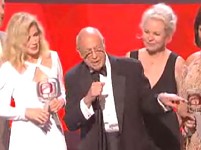 A Beautiful Day in the Cul du Sac
If Knots Landing were accepting neighbors now...