Bill Ham Had My Back

As an 18-year-old from Houston, I’d been running on the edges of the music business but couldn’t fathom any way in. Going to concerts and nightclubs, hanging out at black music radio station KYOK-AM, playing in bands. Our little crowd of teenagers were on fire for music, but we had no idea how anything really worked. 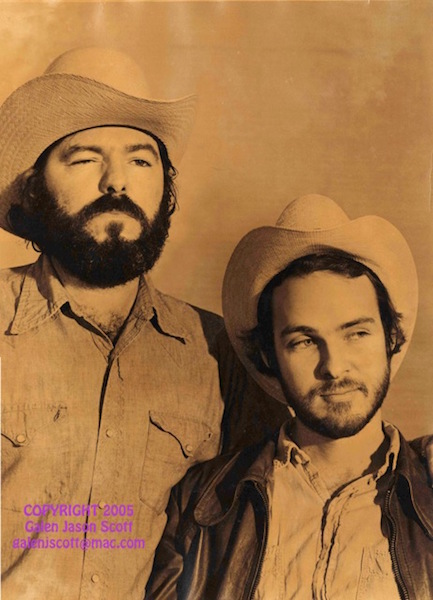 Then one afternoon in 1969, while eating a hamburger at the Branding Iron on Westheimer a few blocks from River Oaks Boulevard, I saw a man scribbling names on a list with a table full of 45s stuck inside white paper jackets. He looked like he knew what he was doing, and being young and foolish, I went over and asked him what was happening. Bill Ham gave me his big, wide-open smile and full-on twinkling eyes.

“Son, I’m getting ready to mail out the biggest hit this big town has ever seen.”

A real record man. Finally. I knew I’d stumbled into a brand-new world.

Turns out Bill Ham was getting ready to help launch a new band, one they were calling ZZ Top, which included Billy Gibbons on guitar and vocals. We’d actually been running with Gibbons since junior high when he fronted the Coachmen, a combo that later morphed into the Moving Sidewalks. Small world syndrome reared its head when I told Ham that Billy was a friend, and we’d all hung out across the street from the Branding Iron at Galen Scott’s house of wonders.

“Well, you never know,” he said without missing a beat, his warmth spreading across the small table. “We might be doing some business together soon.”

In so many ways, Ham seemed like a mind-reader, even if it took over 15 years for that prediction to come back around.

When Bill Ham passed away on Monday, June 20, at the age of 79, it brought to an end one of the milestone stories of the music business: How a man from the small town of Waxahachie, who’d started out as a singer and then gone into promotions, helped form one of the most exciting and enduring acts in rock history with ZZ Top. He did it with a flair and far-flung ambition rarely matched, even in the music business.

There were bumps and bruises along the way, with some artists getting left by the side of the road. Through it all, Ham kept his quiet strength at the forefront of how he dealt with life. In the process, I learned what it meant to live at the top.

After our first meeting, I moved to Austin for a decade and then Los Angeles. I kept my eye on ZZ Top as they conquered first the state and then the world, always laughing with joy at their wild ride. Then fate dealt a winning card and landed me at Warner Bros. Records in 1986, where Ham and ZZ Top ruled the roost.

When Ham and I reconnected, it was like not a day had passed. That began a friendship that stayed rock solid for the next 30 years. He would come into the Warner Bros. office and settle on my long orange couch (left over from Frank Sinatra’s days at Reprise) to launch into all kinds of visionary plans for the little ol’ band from Texas.

Never mind the fact that the trio’s singles “Legs” and “Sharp Dressed Man” literally set all manner of land speed records in the music business, 1983’s Eliminator earning a Billboard Diamond Award for selling 10 million copies. Ham was all about the future and ways to keep the Top on top. When he came up with the ZZ Top Six Pack, collecting the band’s first six releases for the brand-new compact disc format, he just laughed and said to hold on.

More was on the way.

In 1989, I started working on a tribute album for Roky Erickson on Sire/Warner Bros. The native Austinite and his legendary psych band the 13th Floor Elevators had been heroes to me and Billy Gibbons in mid-Sixties Houston, and now he needed a hand. I asked Billy if ZZ Top would record a song for the collection. Of course he said yes.

I knew Ham didn’t look kindly on the band contributing to outside collections. Legend had it that during the Seventies, there was a clause in ZZ Top’s contract with Ham that said they couldn’t sit in with other bands. When Gibbons would come to Austin for Storm’s Monday night gig at Rome Inn, he’d sit in the back of the club eyeing the fun but not going near the bandstand. An air of mystery that Bill Ham loved so much quickly grew around the guitarist and his bandmates Dusty Hill and Frank Beard.

As such, when Gibbons told me the Top had recorded the Elevators’ song “Reverberation (Doubt),” I was in second heaven. Now I just had to get the track from Ham. Weeks went by and no word about delivery, until I finally reconciled that the album for Roky, Where the Pyramid Meets the Eye, would be Top-less.

Then one day, as I was leaving my office at 6pm to go master the album, in walked Bill Ham. He gave me a cautious look for a few seconds, and I realized I’d crossed the line by going directly to Gibbons to do the song. I got a little sheepish.

“I just have one word for you,” said Ham. “Consistency.”

He reached in his silk jacket, pulled out a small DAT tape, and threw it across the room to me. Then he turned and walked out. I looked at the tape marked “Reverberation” and rushed to the sound lab to put the final touches on the album.

The ZZ Top track led off the LP.

In the Nineties, Ham took the band to RCA Records, but we always stayed in touch. Late that decade, he signed one of my favorite artists – Fort Worth singer-songwriter-guitarist Jerry Williams. The Texan had had a snake-bit solo career over the years, but scored big as a songwriter in the Eighties for people like Eric Clapton and Bonnie Raitt.

Ham was going to take him even further and hopefully get Williams’ solo career back on track. There were Lone Star-sized dreams brewing, but after a while dark clouds took over and Ham and Williams split. It was like watching a divorce, with Jerry moving to the Virgin Islands and lawsuits threatened.

I stayed in the middle, knowing this wasn’t my battle and thought maybe a reconciliation could still happen. When Williams died in 2005, it was like Ham had lost a son. Out of that sadness, a new dream was born of a movie based on Williams’ topsy-turvy life: growing up in Texas nightclubs, joining Little Richard’s band when he was 16, and going on to enough hair-raising adventures in the music business to fill the big screen with wild colors.

Bill Ham and I had found a new mission.

Life often now feels like a pre-written fable. Looking back, people enter, leave, and make a mark on your soul that can last forever. At the time, it all seems so natural that it will never end.

Bill Ham came into my life as a legend who became real, and the lessons I learned from him will never leave me. When we’d talk on the phone, he could cut to the most important detail of a larger conversation like he had an inner laser aimed on the idea. No matter what, you knew he had your back and nothing would ever change that.

He played by Texas rules, and demonstrated an unwavering strength that made the world feel safe. Some call that power, but I like to think of it as soul. A few years ago, I nicknamed him Waxahachie Willie, after his hometown.

He loved it and started calling me the Houston Hillbilly. We were going to conquer Hollywood with the Jerry Williams movie, and that was only the start. Now the sound of uncertainty is knocking on the door, but no way will I let it in.

Waxahachie Willie – of which ZZ Top’s Dusty Hill said, “He was our John Wayne” – won’t let me. 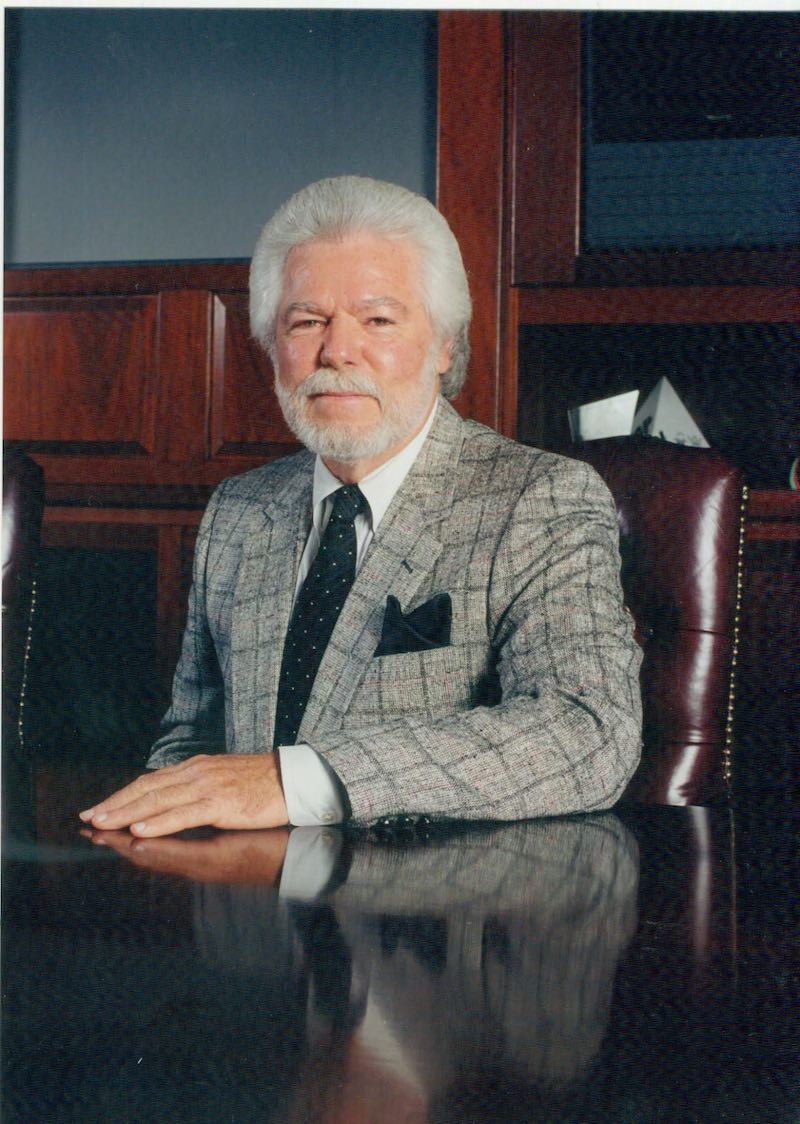 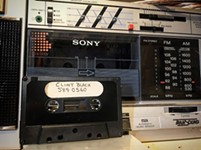 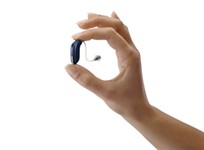