Ex-Austin deities sell out three nights at the Moody Theater

Carry Fire, Robert Plant’s 11th solo album since 1982, gifts mankind a life-giving force. When the Led Zeppelin singer delivered its title track Monday night at the Moody Theater, he caressed the air in front of the microphone as if cupping that which separates man from beast. The deity brought it, too. 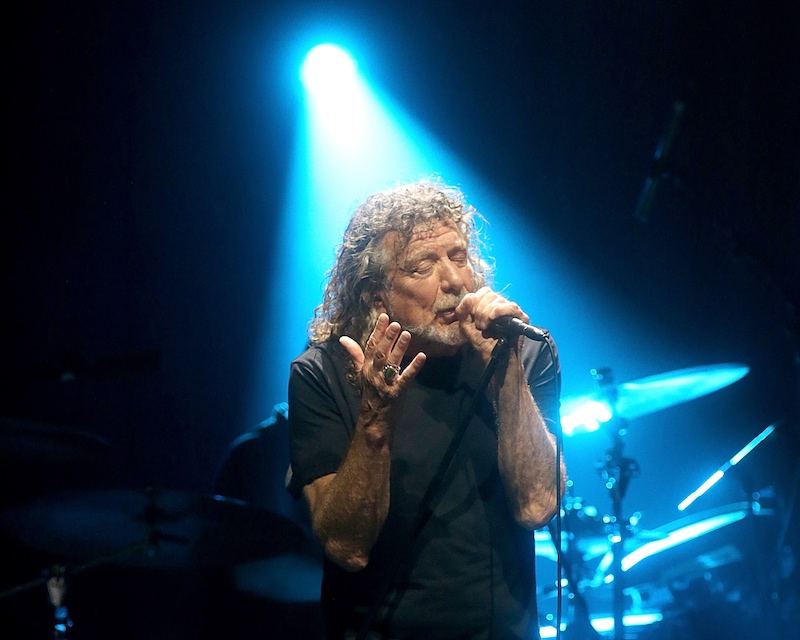 Third consecutive sell-out on his third consecutive album stopover at the venue, the North American tour conclusion reunited the still-maned Englishman, who turned 70 in August (Leo), with his onetime hometown, a memory he relished throughout the 96-minute performance.

“I paid taxes and I drove a car here!” he proclaimed at the end of the main set. “I love it.”

Austin adored him back, giving two standing ovations and a pitch perfect call and response to a reworked “Black Dog.” All three nights offered a different set-list: Saturday began with Carry Fire keeper “New World” and ended with 1969 Led Zeppelin rumble “Good Times Bad Times,” while Sunday opened into “When the Levee Breaks,” doubled up with mates from sublime Carry Fire predecessor Lullaby... And the Ceaseless Roar, “Rainbow” and “Poor Howard,” and got “Misty Mountain Hop.” Last night’s opener, Led Zeppelin II barrelhouse “Ramble On,” gave immediate gratification and then some.

So did Lucinda Williams.

Only true professionals entertain so-called “warm-up” acts that are headliners in their own right, like the Who’s most recent Austin concert beginning with Joan Jett. When Plant last visited the state-of-the-art concert venue inside the W Hotel in Downtown Austin – on the last night of and separate from South by Southwest 2016 – he brought with him Northwest garage rock legends the Sonics. Famously once-local legend Williams would’ve constituted the whole show at any other gig. 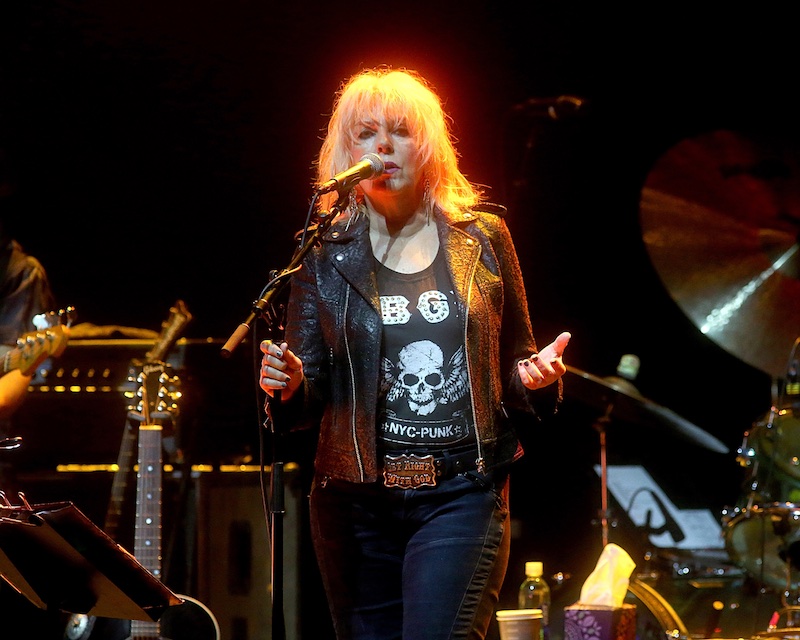 Last glimpsed at the Moody during February’s Austin Music Awards, the 65-year-old Lake Charles, La., native evoked that previous appearance by citing Flannery O’Connor’s Southern Gothic as an abiding influence on her work. Then factor in two Methodist ministers for grandfathers for the singer with the maple syrup-thick voice. Williams’ 60-minute musical bombshell hit all the sweet spots: the Grammy-winning Car Wheels on a Gravel Road (“Lake Charles”), “channeling Tom Petty” (“Changed the Locks”), and three pulpit pounders from under-worshipped double-album monsterpiece [sic] Down Where the Spirit Meets the Bone (“Protection,” “West Memphis,” “Foolishness”).

Plant made mention of her at the point where a lengthy tuning interlude by guitarist Liam Tyson threatened to end the tour prematurely.

“In the Sixties, I used to have to do a fucking harmonica solo” to fill in, cracked the bandleader good-naturedly during the delay.

The authentic “misty mountain” six-stringer made up for it by coaxing vintage U.S./UK folk fusion acoustics on Zeppelin’s cover of Anne Bredon’s “Babe I’m Gonna Leave You.” Tyson and five additional Sensational Space Shifters reigned as supreme as they did two years ago at the Moody. “The Rain Song” summoned Houses of the Holy as if by ancient ritual.

Even so, the most Zeppelin-esque moment proved "Funny in My Mind (I Believe I'm Fixin’ to Die),” which closed the main set. A song by Delta bluesman Bukka White, with which Plant opened his solo rebirth, 2002’s Dreamland, its heavy blues and Middle Eastern accents from co-lead axe murderer Justin Adams and fiddler Seth Lakeman summoned 50 years of Led Zeppelin in one shuddering, levitating jolt. In fact, the lean shifting of newer material – Carry Fire’s carnal “May Queen” and Ceaseless Roar’s “Little Maggie” and “Turn it Up” – rang louder in some ways than the classics in their complete absorption of everything Robert Plant: Mississippi, Morocco, Kashmir, San Francisco, New Orleans.

“I’ve reached a new place in my life,” he crowed before the finale. “It’s called Austin.” 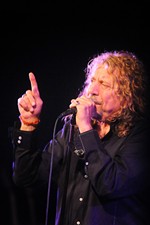 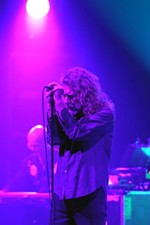