In a metropolis where music does the talking, words buoyed the 2017/18 Austin Music Awards as loud as its potent soundtrack. Wednesday night at the Moody Theater they proved an oral flash mob, putting bons mots to the last half-century of auditory ephemera. Even notoriously loquacious bar etiquette couldn’t drown out testimony to our musical wellspring. 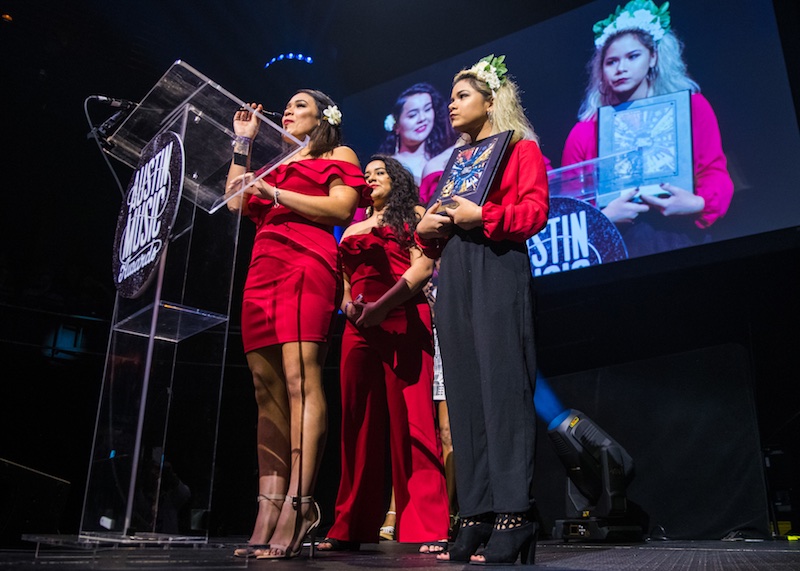 Bidi Bidi Banda’s Selena fanatic Stephanie Bergara and the three sisters rocking Tiarra Girls spiked emotions early and hard in back-to-back acceptance speeches, the former marveling at a “minority-fronted” cover band catching on as quickly as its subject and the latter choking up the Friends of Margaret Moser contingent by calling out their gardenias as tribute to the late under-18 champion.

“Que sera, sera,” finished one of them, life and death and music suddenly transformed into a power trio.

Adam Torres’ high, sweet voice matched those before him, percussion master Thor Harris passing his hands over taut surfaces that rumbled like a spring shower behind three violins meshing with house band keyboardist Michael Ramos’ trumpet and musical director Charlie Sexton’s guitar. Uplifting and mournful all at once, Torres’ fleeting moment of chamber folk fed seamlessly into Phoebe Hunt’s Indian-Americana. She and husband Dominick Leslie duetted her fiddle and his picking into a classical pop also begging more than one tune. 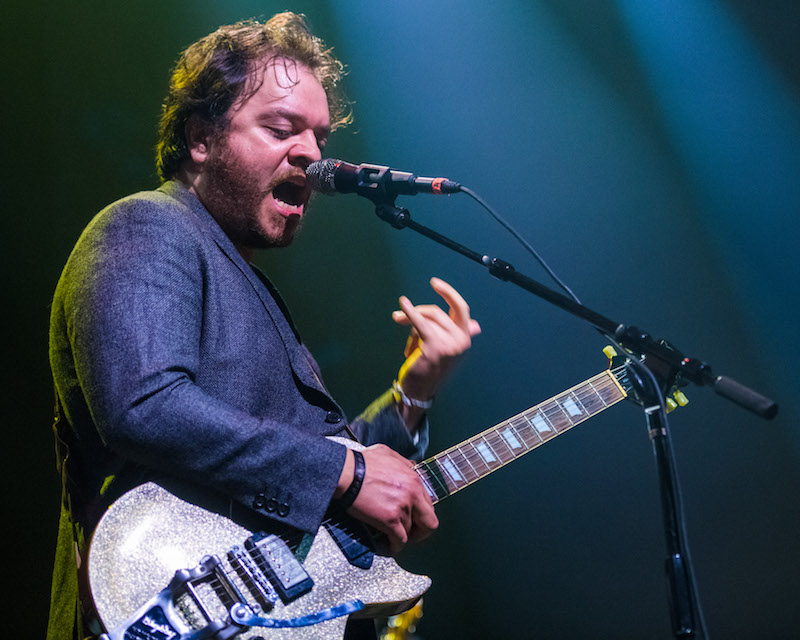 That goes triple for David Ramirez capping the Borderless Love set with a Crazy Horse kick.

“Ain’t it funny how the future looks like the Stone Age,” he snarled with Neil Young’s trademark ire, emphatic and turned up as he and Sexton cut loose some electricity.

Toni Price supplied her own wattage, peppery crown of hair a beacon over a bright blue blouse and gold lamé skirt. Inducted into the Hall of Fame for three decades of “blood, sweat, and soul” at the Continental Club, as put by AMA co-emcee Rick McNulty of KUTX, the boozy blues diva shone brighter than a cache of semiprecious stones.

“You’re beautiful,” she grinned upon exit. “I love you. Call me.”

Next Hall of Fame enshrinement went to the Fuck Emo’s, who went deep into the gratitude: clubs, labels, even frontman Russell Porter’s kid onstage (“great grades and awesome hygiene”). Best Bassist George Reiff appeared posthumously in the person of his brother Mike Reiff, whose familial resemblance and equally endearing humility drew more lumps of the throat. 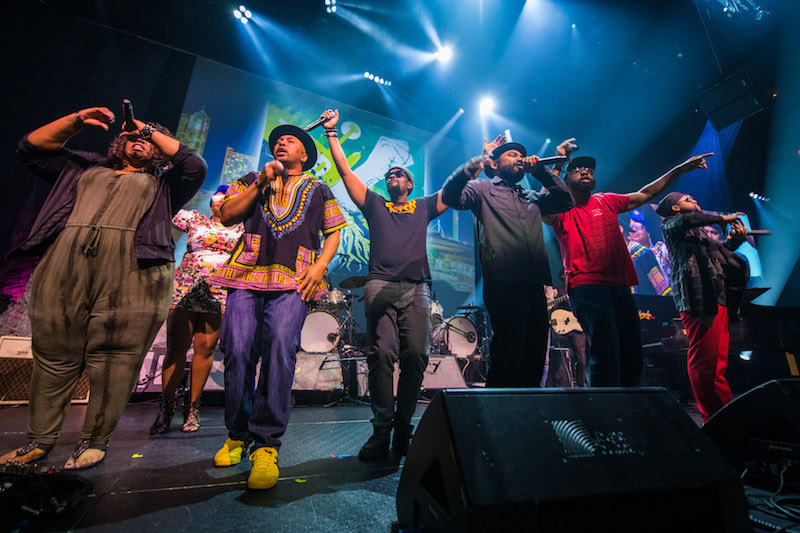 “Agent of change,” someone cried as Third Root stormed the stage in the AMAs’ first full hip-hop set. If only Clifford Antone were alive to witness what the blues begat, that sizzling beat transformed into a full-blown storm of rhythm and words. The rap trio, two MCs and Sir Chicken George behind the steel wheel, bum-rushed seven mic wielders by their third stomp, including Eric Burton, Riders Against the Storm, and Bavu Blakes. “Soul force,” it’s called, and it claimed its rightful spot at the Austin music banquet last night during the AMAs.

“When you walk into a club and see a tip jar, it doesn’t mean the musicians are volunteers,” pointed out Mayor Steve Adler later.

“Looking for the ecstatic experience,” he proclaimed. 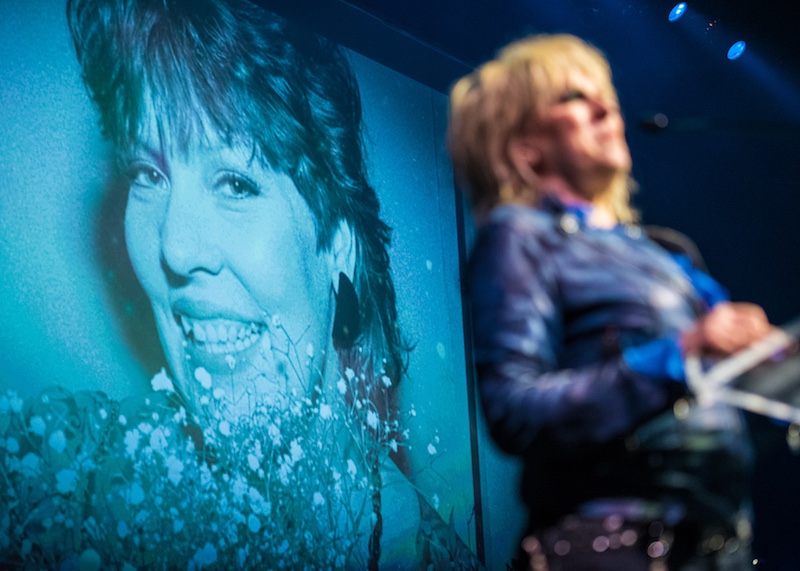 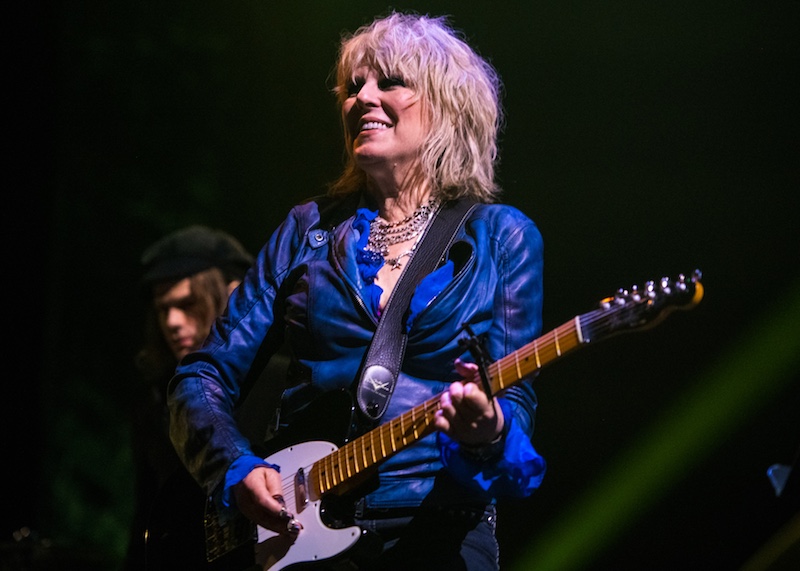 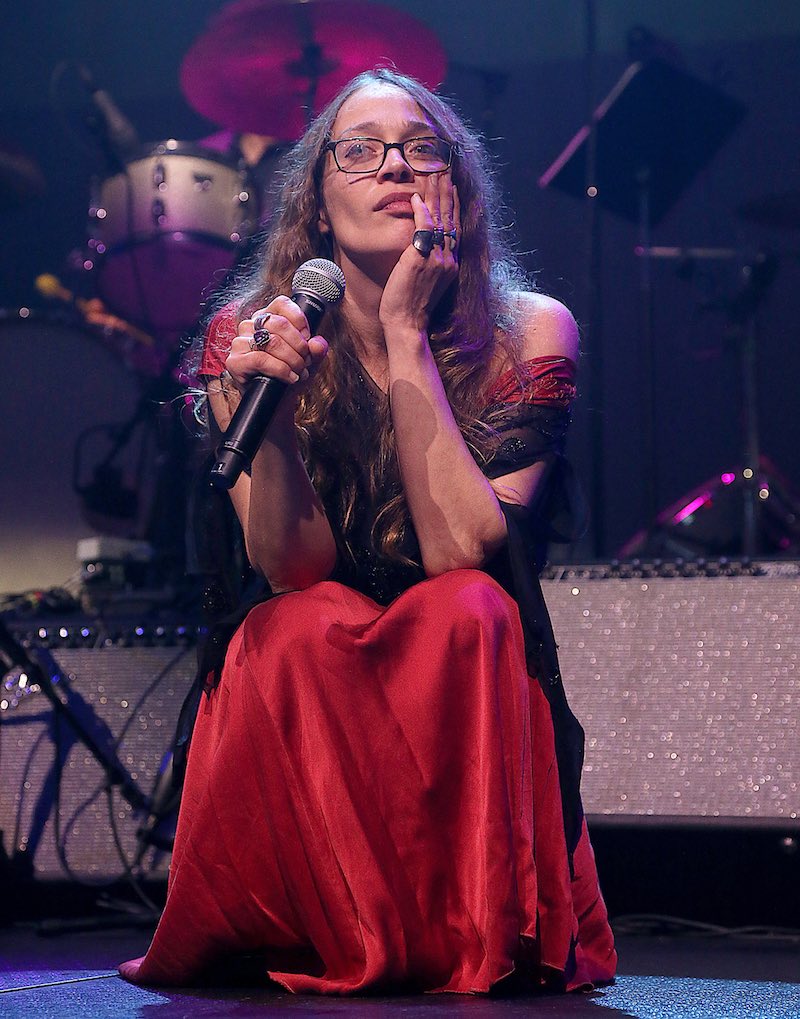 “John the Revelator with 13th Floor Elevators,” he chortled. 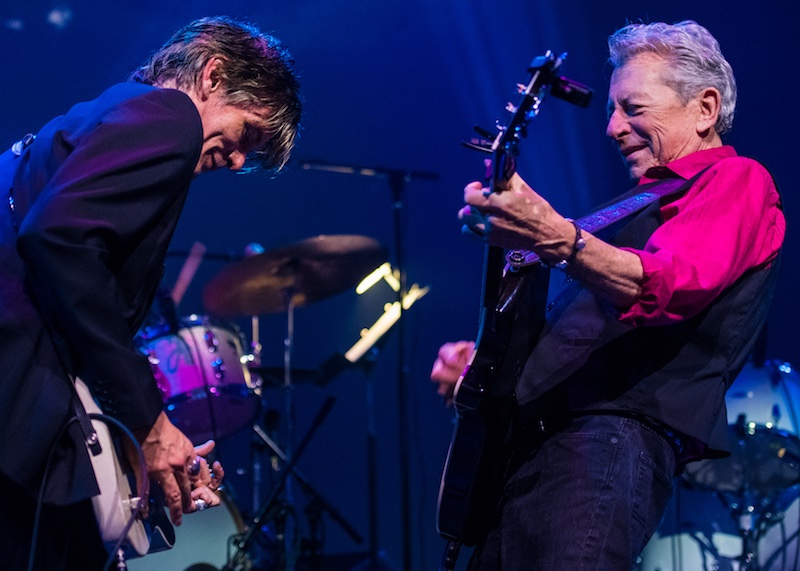 Equal tribute followed when Alejandro Escovedo presented the Townes Vand Zandt Award to one of the Lone Star mystic’s rides in his hitchhiking days, Joe Ely. Escovedo led a string quartet on “Silver City” and John Hiatt materialized to perform “Cold Black Hammer.” When the songs’ author took center stage on “Dig All Night” and “Fingernails,” which brought back both guests, the Ely effect fired on all cylinders. 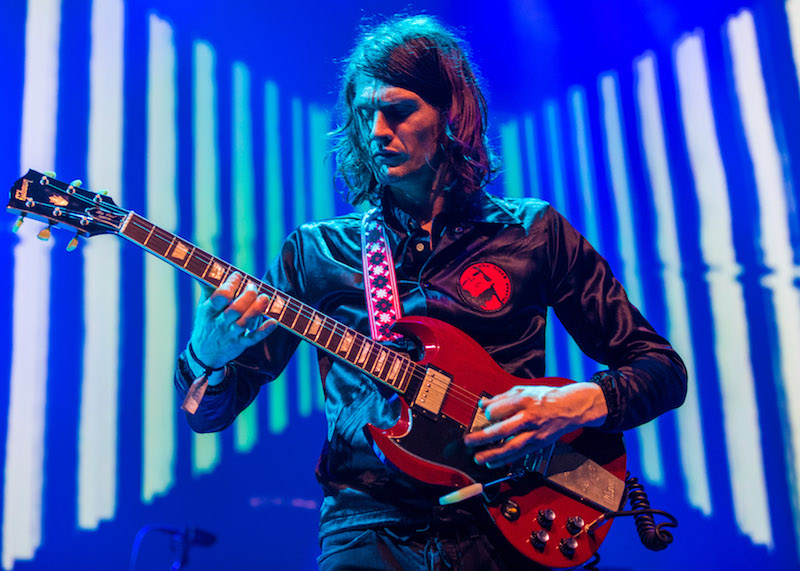 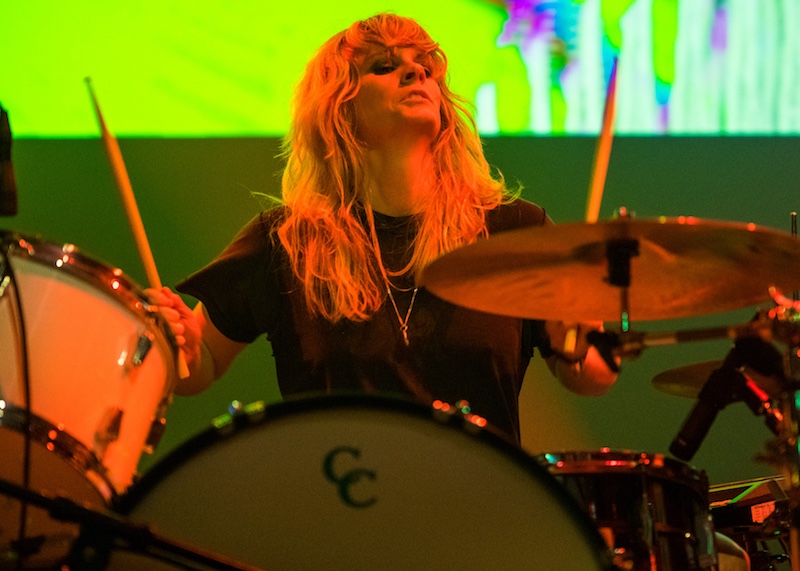 “We were the first generation to make Austin weird,” boasted final Hall of Fame entrance Robert “Beto” Skiles out of front of his four-decade Latin jazz juggernaut Los Fairlanes. “We’re the original weird.”