I’m glad you are a monkey woman, too 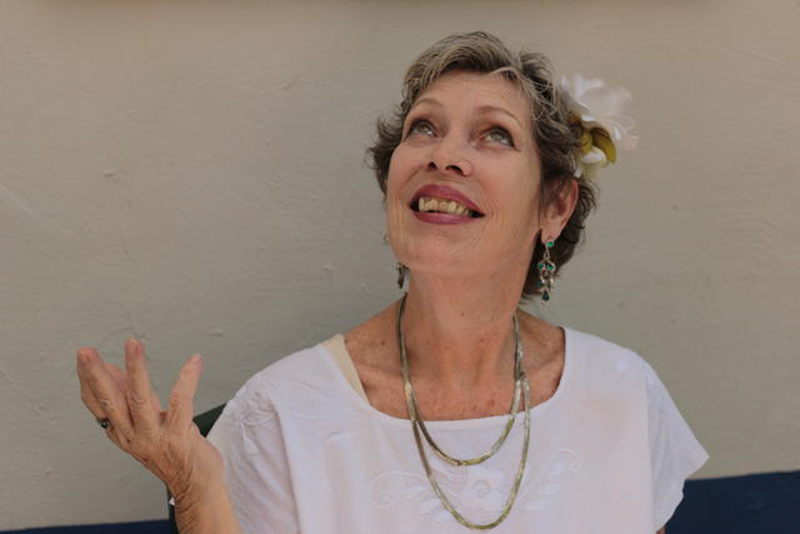 Margaret Moser has shown lots of love to Austin music for over 40 years. Today, the community reciprocates with a spirited video tribute featuring 63 friends, fans, muses, and admirers saying “thank you,” “I love you,” and singing one of her favorite Rolling Stones songs, “Monkey Man.”

The soulful scribe lovingly documented the local music scene from 1975 until 2014, first with the Austin Sun and then the Austin Chronicle, while also presiding for decades over the annual Austin Music Awards. With her terrestrial journey now turning a final corner via home hospice care following a 2013 Stage IV colon cancer diagnosis, the outpouring of gratitude has been unparalleled.

Journalist and KGSR deejay Andy Langer, one of Margaret’s many nonbiological children, cooked up the idea of allowing friends to give thanks in a video montage – which predictably snowballed into a 33-minute love-in featuring ZZ Top’s Billy Gibbons, Ray Benson of Asleep at the Wheel, former Go-Go’s rocker Kathy Valentine, South by Southwest director Roland Swenson, Asylum Street Spankers founder Wammo, and Gibby Haynes of the Butthole Surfers, who offers some moves like Jagger.

“Last week, I solicited videos from a small sliver of Margaret Moser’s universe.

“The resulting 33-minute video is below. There’s big names in the mix, but that’s not the intent. It’s about showing the breadth of her impact. It’s long – designed for Margaret’s viewing specifically – but if you’re a friend, you’ll enjoy it. If not, you’ll get a glimpse into why so much of Austin has enjoyed deep, meaningful, life-changing connections to her over the decades.

“This was a huge project. Thanks to the Austin Chronicle’s Raoul Hernandez for suggesting one of Margaret’s favorite songs, the Rolling Stones’ 'Monkey Man.' Thanks mostly, though, to [Austin radio and marketing veteran] Ray Seggern, who generously went out of pocket to provide one of his ad agency’s video editors, Larry Appleby.”