Austin Noise Enters the No Zone 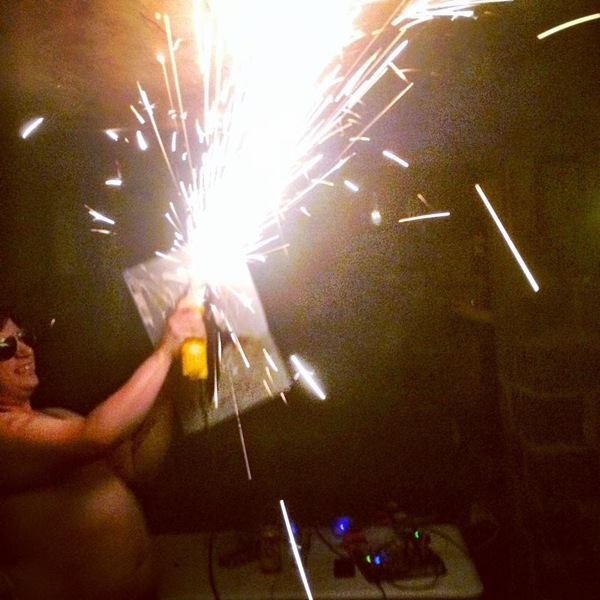 Take any Beatles song, then turn up the amps to maximum overdrive. Forget the melody. Give Ringo $200 worth of PCP. Replace the guitars with explosive static; John has a chainsaw. Actually, just forget about the Beatles, because this isn’t even music. This is Noise.

Friday’s performance at the No Zone (5809 Alsace Trail) promises rebellion beyond music. After a very loud bill of various homegrown and touring noise crews, Austinite and political activist Scott Crow (generally not capitalized) gives a PowerPoint presentation on creating collective power to confront capitalism. The New York Times has characterized him as an “anarchist, veteran organizer,” while NPR’s This American Life called him “a living legend among anarchists.” His latest book, Black Flags and Windmills, has been described by Amy Goodman of Democracy Now! as “an important contribution to a history of movements that far too often [go] untold.”

Explosive in a different way will be the politically charged performance of Decide Today, touring noise-punk act of scene veteran Robert Inhuman. It’s punk in all its DIY ethos, anti-authoritarian lyrics, and relentless hardcore rhythm, plus the fact he’s from Cincinnati. It’s noise in that the guitar is reduced to a whining buzz, the beat a broken drum machine, with vocals shouted through a ludicrous amount of hi-pass filters. Call it more punk than punk allows.

Johnathan Cash’s Breakdancing Ronald Reagan also puts in an appearance. He’s the progenitor of Austin Noise, arguably the biggest name in the local scene. If you want to experience noise in this town, he’s the man to hear it from. Cash describes BDRR as “absurd performance (f)art” that utilizes cut-up and spliced noise, power electronics, and tape manipulation. 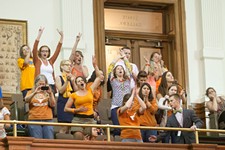 Shout It Out
On talking in all the right places