A clash between conservative personality Steven Crowder and an employee at the MLK location of JuiceLand has the internet up in arms. It started with Facebook comments, but within days multiple social media platforms have become embroiled in the situation. 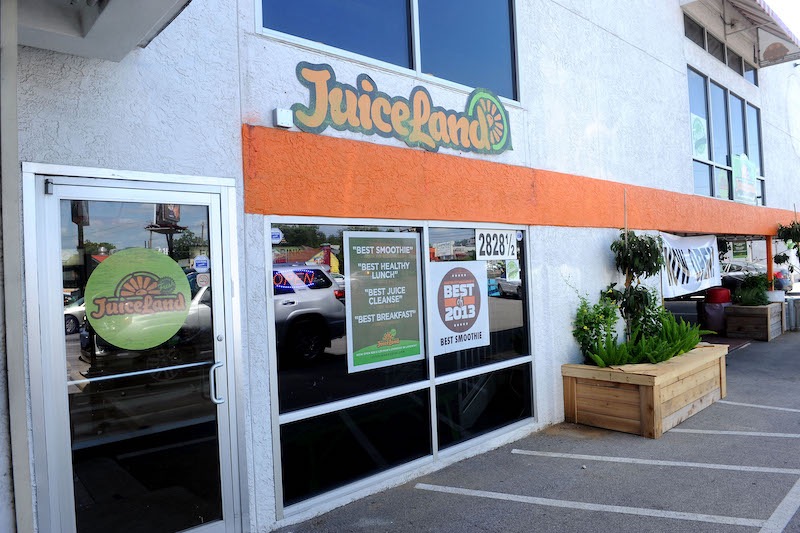 A JuiceLand. Not the JuiceLand in question. (Photo by John Anderson)

According to screenshots posted by the Crowder camp in a YouTube video, the JuiceLand employee (whose name we have redacted for safety purposes) commented the following on a Facebook thread discussing Steven Crowder’s visit to Austin: “From a friend ‘I heard he was alt right after he got meme’d, apparently he [Steven Crowder] goes around and makes inflammatory statements just to cause a fuss. He’s an irl off-net troll.’ ”

The commenter continued, “All gender history aside, destroyed documents aside, I would just remove the signs and slash his tires. He won’t be doing much ‘self entertaining’ when he’s calling and paying for a tow, four new tires, and thinking about never going out and making himself vulnerable again.”

In another post, the account allegedly tied to the same individual reads, “Stay in contact with me, I know the few people who really mean business around here. I worked with some on the Robert E Lee statue we had on campus. That was us.”

We have yet to obtain the original posts, and the employee’s social media accounts appear to be deleted. From what we can gather online, the following is the basic rundown.

Steven Crowder and his camera crew flew to Austin, with a poster-sized copy of the comments and the alleged commenter’s photos, and went to the JuiceLand MLK store to confront the individual. A seven minute YouTube video entitled “CROWDER CONFRONTS: Tire Slash Transgender!” was posted on July 10 by the Louder With Crowder account, and at the time of the posting of this article, it has been viewed more than 734,000 times. We are intentionally not embedding or linking to the video.

The video description says, “hilarity ensues when people lose their minds,” but what occurred is not what most people call hilarious, despite the “Change My Mind” alt-right internet personality’s identification as a comedian. (Crowder disputes the description of “alt-right,” saying, “I just haven’t really identified as alt-right ever. I have clearly, explicitly listed my values. I’m a traditionalist Constitutionalist conservative. You can call me a federalist.”) The six foot two inch tall Crowder speedily walks from the entrance of the store directly to the back, and goes behind the counter to confront – and ultimately corner – the significantly smaller employee who allegedly made the comments. Crowder is asked multiple times to leave by several employees, but he does not. The cameras continue to roll, though a significant portion is edited, and the police arrive on scene shortly thereafter. A police report was filed with the Austin Police Department both by Crowder and the JuiceLand MLK store. We sent a request to APD regarding the police report, but have yet to hear back.

From the video, Crowder says as he is leaving the restaurant: “Now is the point where we peacefully leave and go home and sit on our footage and wait for leftists to do what leftists do: Lie.” 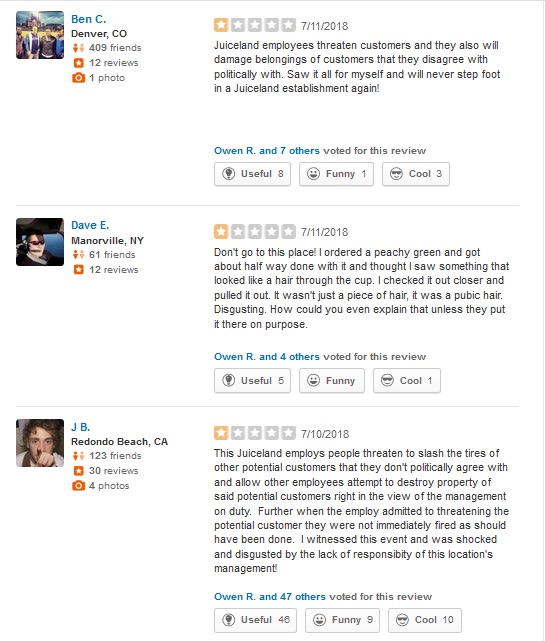 Within minutes of going live, the YouTube video’s commenters, currently numbering in the 17,500 range on this post, begin their aggressive calls-to-action. The JuiceLand employee and his manager have been doxxed on multiple websites, and the store location information was posted many times, resulting in a barrage of calls to the store. Crowder’s followers also took to Yelp to leave many negative reviews. Yelp has since started monitoring the page, citing an “Active Cleanup Alert.”

The “differences of opinion” have, thus far to our knowledge, remained only verbal and written, and several alt-right sites reporting on the news have specifically discouraged violence, with statements like, “It would be a very bad thing if anyone were to threaten violence against [name redacted].”

We called the JuiceLand MLK store at 7:18 pm on July 12 and asked to speak to the manager. The person said the store has received so many calls today that it would be better to call back tomorrow. We also reached out to CRTV for comment and they told us via email, “We do not have direct contact with the show hosts through this contact page. The best way to reach out to Steven Crowder and the Louder with Crowder Team is through their Social Media pages on Facebook and Twitter.” We're not about to fall into that trap. We’ll update the story accordingly.

UPDATE: From APD on Fri., July 13: "There are two case numbers associated with this event. [One] is Criminal Mischief Information and has been assigned to a detective. [The other] is a Criminal Trespass Notice and won’t be investigated further unless a violation occurs." 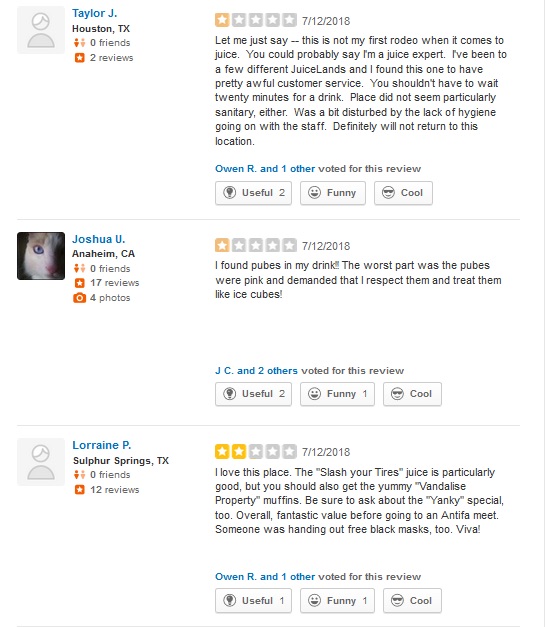 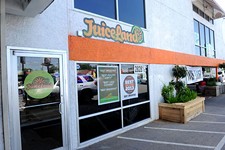