No powers: Just ordinary people as fucked up as most of us – more or less. 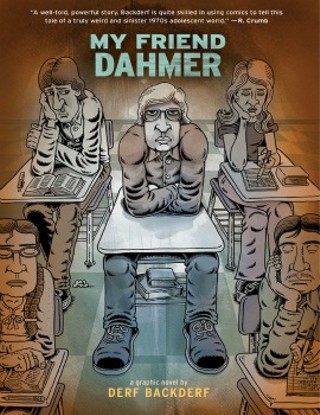 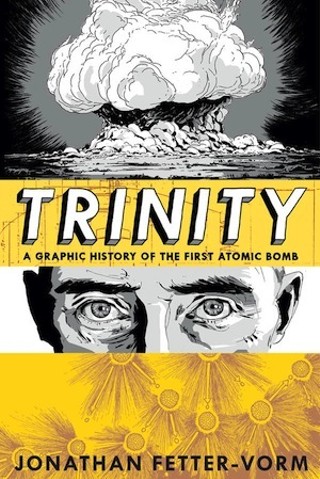 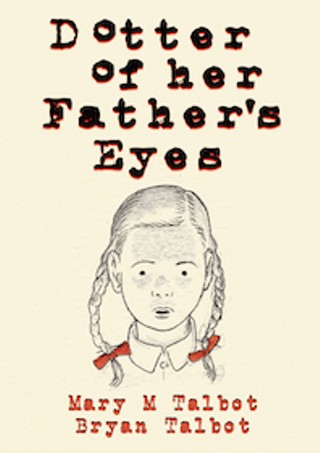 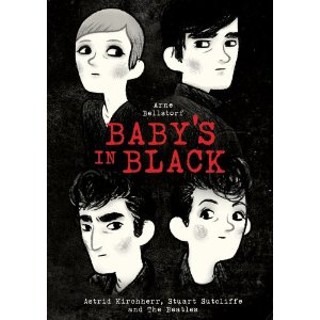 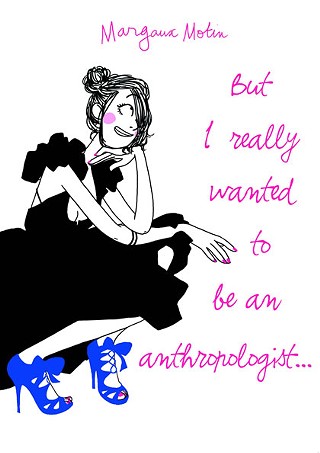 The Discordian law of fives, hail Eris, may or may not have anything to do with the number of reviews of graphic novels in this blog post.

That is, however, how many graphic novels (recently published or just now available) are reviewed in this blogpost: Five.

These items arrived, via one method or another, at the Chronicle offices over the past few months; and only now – having hacked a bleeding cavity into the trembling, rugose flesh of the old work-schedule – have I managed to attend to them ... with even half the decency they deserve.

As mentioned several posts ago, I don't cover books (or other things) that I don't like; I have too much to do to waste time dissing shit that isn't worth dealing with in the first place. So these are all (at least) good, yes, and here's the basics of why:

Yes, exactly what the title suggests: This Backderf, longtime cartoonist of the popular altweekly feature The City and creator of the acclaimed Punk Rock and Trailer Parks, went to high school (and intermittently hung out) with notorious serial killer and cannibal Jeffrey Dahmer – long before any of those bloody escapades took place. And this is that story, effectively rendered in Backderf's distinct and highly stylized black-and-gray cartoons, told with an engaging (and sometimes unsettling) attention to detail. You might want to get this book because you have a morbid (read: human) fascination with the main subject, but don't be mistaken: That's not the only thing that recommends this solid volume. Beyond helping scratch the itch of curiosity regarding a fiend's origins, the narrative provides a sharp portrait of life during high school. Everybody's familiar with movies, so: Fast Times at Ridgemont High? Brick? This is a story we'd reckon somewhere between those two, and so vividly realized that you can almost smell the Clearasil, Boone's Farm, and hormone-fueled angst.

Page that's just about begging to be screenprinted onto a t-shirt: 78.

Here's the story of a different killer, no less true to life, recreated not from personal experience and interviews with old friends and neighbors but from months & months of academic research by Jonathan Fetter-Vorm, co-founder of Two Fine Chaps. This is, as its subtitle informs, "A Graphic History of the First Atomic Bomb." Yes: World War II, Enrico Fermi, J. Robert Oppenheimer, the Manhattan Project, Los Alamos, "I am become Death, Destroyer of Worlds," Hiroshima. Even if you're already roughly familiar with the people and the events culminating in victory and nightmare, this graphic rendition will bring them into sharper sequential focus. Fetter-Vorm's monochrome artwork ably depicts the political and scientific underpinnings of the project without neglecting to consider the moral implications and the characters' – some of them, anyway – struggles with those implications.

Takeaway phrase: "The alternative is too distressing."

Page that's just about begging to be screenprinted onto a t-shirt: 123.

I always expect weird and/or superhero-y things from Dark Horse – even brilliant weird superhero-y things like Mike Mignola's Hellboy and B.P.R.D. But that assumption now makes, as the saying partly goes, an ass out of me. Tsk. But here's a very literary work about, in part, author James Joyce's daughter Lucia. "In part," because it's also about the daughter of a renowned Joycean scholar. That daughter happens to be Mary Talbot, this book's writer, and, lucky for you and me and the world (not to mention those people depicted in gorgeous inks and watercolors touched sporadically, effectively, with instances of full color), she is married to her collaborator, artist Bryan Talbot of Luther Arkwright and The Tale of One Bad Rat fame. Have we used the adjective "gorgeous" yet? Yes: The artwork is as impressive as the temporally interwoven incidents related are, at times, unnerving. If this twinned tale of father/daughter relationships is ever adapted as a BBC special, it'd be anachronistic to use Pink Floyd's "Another Brick in the Wall" over the closing credits – but it'd be pretty damned appropriate.

Page that's just about begging to be screenprinted onto a t-shirt: 83.

Ah, shit, I love this thing. This book presents – here's that subtitle gambit again – "The True Love Story of the Lost Beatle," which means it's about (no, not Pete Best) Stuart Sutcliffe, the original bass player for The Beatles. Whatever happened to Stu, right? Between playing with the pre-moptop and not-yet-fab ones at the Kaiserkeller Club in Hamburg and dying so young of a brain hemorrhage? Arne Bellstorf of German comics-publishing house Kiki Post shows you what happened: Sutcliffe fell in love with early Beatles photographer Astrid Kirchherr, moved in with her and her mother, and dropped out of the band to focus on his painting. (BTW: Miss Kirchherr had been introduced to the band by early fan Klaus Voormann – you know: He did those portraits on the cover of Revolver.) Bellstorf's black-and-white drawings for this story are spot-on for the young-love-story perspective, his precise charcoal images, instantly recognizable as exactly those people, are nonetheless only about half an octave away from kawaii. This is a visual rock-and-roll document; this is a bittersweet boy-meets-girl vignette; this is just how things happen in the world, isn't it?

Page that's just about begging to be screenprinted onto a t-shirt: 194.

But I Really Wanted to Be an Anthropologist by Margaux Motin
SelfMadeHero; hardcover, 176pp. $24.95
www.selfmadehero.com

Glossy pages! Full-color drawings! Girly! Exuberant! Loaded with pizazz and fashion and romance and lust and, OMG, young motherhood! The effervescent Motin's a popular French blogger who posts an illustrated journal of her sometimes wild but mostly ordinary but (always) (unless she's neglected the laundry) stylish life. She's also the woman who – how much of a no-brainer does this seem? – did the covers for the French edition of Bridget Jones's Diary. Her drawing style and narrative tone are like some beautifully streamlined combination of the cartoons of Marisa Acocella Marchetto and Roberta Gregory, and she's just so bright! And cheery! About all of it – even when she's in a funk. We'd usually be put off by this sort of thing – Aaaah! It feels so frivolous! How can we like it if we're not, like, you know, gay or something?! – but Motin's spirit (grounded in the quotidian & carnal as well as incandesced by the sartorial & silly) is … contagious. Even vicariously, it's contagious-and-a-half. You could start out (comma, brother, comma) buying this book for your girlfriend or your wife – but you'll be reading it yourself, too, and likely grinning like an idiot.

Page that's just about begging to be screenprinted onto a t-shirt: 55.

My Friend Dahmer, Trinity, Dotter of Her Father's Eyes, Baby's In Black, Really Wanted to Be an Anthropologist, Graphic Novels, Recommended