Headfirst, straight to a Hell of a good time 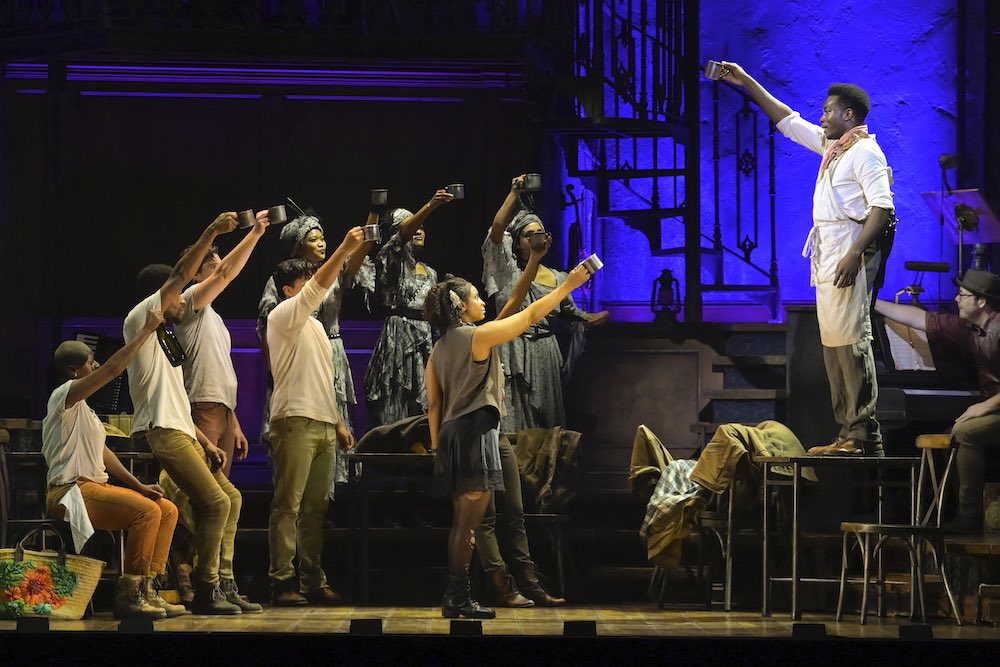 While Hadestown premiered off-Broadway prior, to its Broadway debut in 2019, Bruce Springsteen was busy warming up the stage at the show’s future home, the Walter Kerr Theatre.

As did the Boss’s unplugged solo show, this gritty musical flew in the face of family-oriented, screen-to-stage entertainment like Disney’s Aladdin, which dominated the New York City theatre district. For her efforts, indie musician and playwright/ composer/lyricist Anäis Mitchell earned 14 Tony Award nominations and eight wins, including Best Musical.

Now on national tour, Hadestown is the most intriguing production on this year’s Broadway in Austin roster - which includes that same Aladdin. And because the show has been twice cancelled due to Covid, tickets are a tad hard to come by at a reasonable price. An unreasonable price is still worth the while for musical theatre enthusiasts.

The show’s beguiling Dixieland melodies and provocative lyrics are (heads up – incoming pun) to die for, but it’s the awards and nominations for production that say the most about this remarkable, visually stimulating musical. These include Best Scenic Design (Rachel Hauck’s single set depicts a French Quarter-style jazz joint that turns into the gritty steampunk furnace room that is Hadestown, and back again); Best Lighting Design (Bradley King’s frightening darkness and fiery, fearsome redness fill the stage and engage the audience); Best Direction (the show’s graceful and always dynamic movement comes courtesy of Rachel Chavkin and a center stage turntable); Best Costume Design (the Depression-era dystopian wardrobe is by Michael Krass); and Best Choreography (the vibrant five-member ensemble, comprised of Jordan Bollwerk, Lindsey Hailes, Courtney Lauster, Jamari Johnson Williams, and Marquis Wood, is in a constant state of sensual and muscular dance created by David Neumann). The extensive and effective use of dry ice is uncredited.

The musical tells a modernized version of the ancient Greek tale of Orpheus (Chibueze Ihuoma, with crazy Bobby McFadden-like pitch and range) and his haunting journey to the underworld to rescue his muse and lover, Eurydice (understudy Alex Lugo, who flat-out owns the role). His mournful cries, presented in the song “Wait For Me,” are breathtaking. Eurydice was tempted to sign on to Hell by the promise of plenty and the taunting of the silver-throated and sensual Fates (the superb Belén Moyano, Bex Odorisio, and Shea Renne) in three-part harmony. A working-class savior with an electric guitar, Orpheus attempts to bring Eurydice back from the dead with his enchanting music and their trust in each other.

While in hell, they cross paths with underworld ruler Hades (an imposing Kevyn Morrow), a devil in a pinstriped suit who rules over the industrialized kingdom down below and, whose “Way Down Hadestown” and “Why We Build the Wall” – a terse political commentary on the haves and the have nots – are showstoppers. After noticing the newly dead Eurydice, he makes a move to claim her for his own. Hades’ booty call is put on hold by his goddess wife Persephone (an astounding, perpetually preening Kimberly Marable), the patron of spring and fertility, who spends half the year partying above ground but happens to be in town for Eurydice’s arrival. Marable’s songs “Our Lady of the Underground” and “Living It Up On Top” are among the show’s highlights.

The songs are supported by an on-stage, seven-piece, string-heavy band conducted by Nathan Koci. The lone brass player, Emily Fredrickson on trombone, is outstanding.

“It's an old song” – a boy-meets-girl, boy-loses-girl tale of mortal love – sings the show’s narrator Hermes (a suave and melodious voiced Levi Kreis), the seductive conductor of souls into the afterlife. “And we're gonna sing it again.” So glad they did. 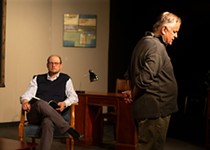