A look through the queer lens 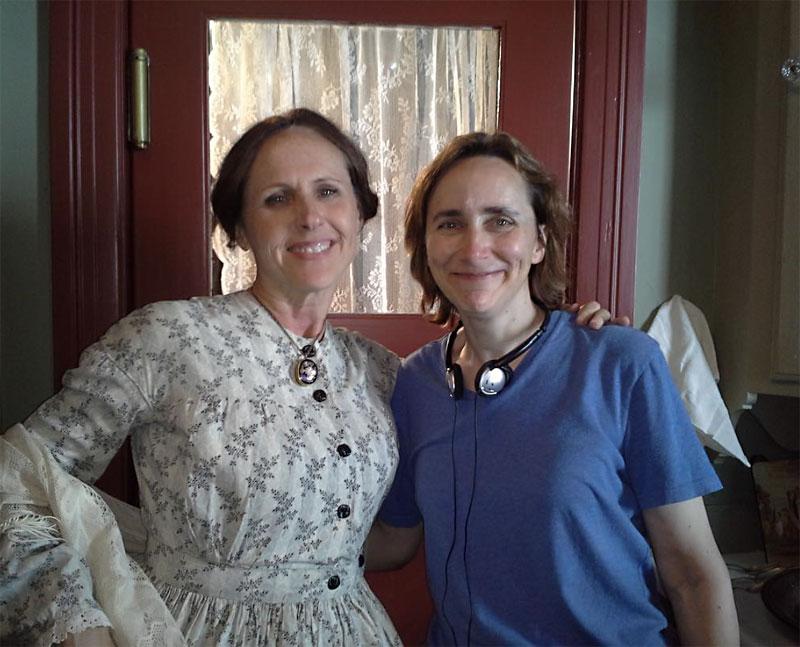 Queerness isn't inherent to queer media: that weirdness in the word's original meaning. Lots of creative works both in film and on the theatre stage, that feature or are made by LGBTQIA folks, still cater to the mainstream audience appetite. Madeleine Olnek, this year's Legacy Honoree at the All Genders, Lifestyles, and Identities Film Festival and director of Wild Nights With Emily and one of this year's "Witness" retrospective films, 2012's Codependent Lesbian Space Alien Seeks Same, described seeing peers ascend the industry ladder only to use their newfound filmic powers to regurgitate stale narrative conventions. "I'm like, 'Really, like you came out gay to do that?' Like, you went through everything – your family, this bad society – and then you're like '[On script] page three, I must state the theme.'" Olnek laughed as she explained further, "I mean, I like to think that we have certain advantages. Things that we can show each other, that are special and deeper than what you get by going commercial."

“I’m asking to be recognized as a gay person, but I’m still the same person.”– Madeleine Olnek

Olnek's pursuit of the deeper and noncommercial queer story has been career-long. Originally working in New York City's downtown theatre scene in the Nineties, she describes her plays as standing out as cinematic even before she realized film was an option. With short dialogue, quick scene changes, and premises like Codependent Lesbian Space Alien's B-movie-inspired kitsch, Olnek's plays didn't fit the mold of what the theatregoing audiences of little blue-haired ladies wanted: stories of gay characters being metaphorically punished through disease and death, which allowed straight viewers to embrace them.

Hearing about and seeing for herself more progressive lesbian representation in independent film proved one of the last straws for Olnek. "I read this article where this guy was like, 'I can't believe my movie got into Sundance, because it doesn't even have a lesbian in it,' and I was like, 'Wait a minute. There's a place that likes lesbian characters?'" Within a week, she applied to Columbia's film school; later on, her first short film would end up playing at Sundance. In film, Olnek found she could explore what moments specifically felt like in ways not possible on the impermanent theatre stage. Films like Mary Harron's I Shot Andy Warhol, which tells the story of Valerie Solanas who, Olnek says, was too weird even for the Warhol Factory crowd, displayed for Olnek the chance to tell her own outsider story.

Much of the outsider narrative of Codependent Lesbian Space Alien traces back to how being treated differently after coming out as gay is "basically an alienating process," Olnek said. "Because you're like, 'Gee, I'm the same person that I was. I mean, I know I'm gay now. And I understand that I'm gay now. And I'm asking to be recognized as a gay person, but I'm still the same person.' And it's like you're suddenly treated [as if] you're unknown to them." She inserts this alienation into the film through the government agents monitoring the space lesbians' relationships, mimicking the real-world surveillance of queer couples during the gay marriage debates. Keeping the culture of queerness in the film extends even to the main human character, Jane, and her job at a stationery store, which Olnek explained was a common job kept by queer women she knew in the Eighties and Nineties. "It was a very typical job of choice, I think because it was hard for women who were obviously queer to move up the corporate ladder [or] be in a job that was upwardly mobile."

Olnek's film career is marked by a dedication to telling queer experiences in all their lively, dynamic, and subversive glory. "That's why we call ourselves queer," she said. "Not to make ourselves cookie-cutter versions of just the most generic watered-down formulaic approach that was never for us anyway."