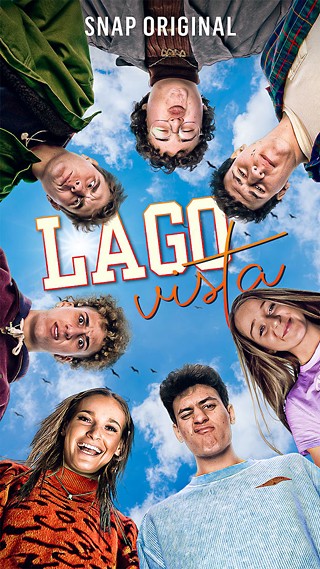 On nearly every streaming platform, there is a story about a group of teenagers confronting the harsh realities of adulthood. However, not all of them tell those stories through the eyes, or rather phones, of those experiencing them. Despite the transitory nature of the platform, where most posts have a short lifespan, Snapchat's new docuseries Lago Vista does just that.

The Snapchat Original follows a group of seven high school seniors and recent graduates from Lago Vista, Texas, just west of Austin. The first of 30 episodes aired on July 5 on Snapchat Discover, with new five-minute installments releasing three times a week. Each episode focuses on a different character and the communication they have with each other through social media. However, unlike many docu-soap shows, Lago Vista was filmed by the characters themselves, all of them documenting their real-life navigations through adulthood, heartbreak, and the other reality check revelations within their lives. Manolo Simmons, one of seven main stars of the show, said being featured in the series has given him "a chance to show some of the struggles LGBTQIA+ people face. ... Family acceptance, lack of accommodations in the public, and the severity of how much mental/physical strain we may go through."

The unique production of Lago Vista lets viewers enjoy episodes from the perspective of the characters' phones. Calls, text messages, and other notifications are edited to appear at the top of the screen, allowing for multiple segues into different subnarratives within the central topic of each episode. Showcasing the stories of a social media driven generation through the very platforms they often utilize offers a practical, albeit glorified, storytelling experience. Simmons said most of the production sourced back to the characters' ability to film everything, with an occasional Zoom meeting with the show's producers for help. "All we had was an iPhone and our [need] to be comfortable showing an inside look at our lives," Simmons said. "The use of social media to tell our stories is what we grew up doing, being the generation having so much exposure to the technological boom."

Lago Vista certainly supplies its fair share of cliches, banking on the hyperstimulation of internet-raised teens. However, some of its characters are refreshingly grounded and honest. Simmons, a 19-year-old first generation Mexican American, recently came out as a transgender man to his friends and family. His story in Lago Vista focuses a lot on his self-discovery, particularly with his gender identity, and covers the ways in which his friends and family react to these changes. Many of the episodes focusing on him dive into the not-always-easy reality of what it is like to be a transgender teenager living in America. One episode even documents the sensitive moments in which Simmons' mother reacts to his coming out, her initial response being accusatory with minimal support. Simmons said he is grateful to be able to show some of the struggles the LGBTQIA community goes through by documenting his own experiences. "Although my perspective was on the transgender male side of things, I hope I resonated with others in the community who have gone through one or more of these issues."

“All we had was an iPhone and our [need] to be comfortable showing an inside look at our lives.”– Manolo Simmons, star of Snapchat’s new docuseries Lago Vista

Transgender representation, especially in content for younger audiences, is rare in popular media. The transgender community remains underdiscussed and underrepresented, whether it be within storytelling or educational curriculums. Though it has increased within the past few years, it is still not common to see trans characters in docuseries shows, particularly drama-fueled ones such as Lago Vista. Simmons' role and story within the show offers the most authentic and emotional narrative out of the seven, one that is otherwise uncommon to find in larger media platforms. "For so long, [transgender] experiences were misrepresented or mocked," Simmons said. "I hope that my representation is impactful, and that sharing my trans experience can open people's minds to this side of the world."

On top of what it offers for viewers, Lago Vista has given a platform to seven teenagers and trusted them to share their stories within the permanence of the internet. Teenagers are particularly susceptible to feeling lonely, especially when it comes to things such as heartbreak, academic pressure, and other seemingly world-ending struggles that usually don't endure. Through whatever means, seeing others enduring similar events is rewarding. "Without the show, it would've taken weeks, possibly even years, for me to have the conversations I had with my family and friends about my life," Simmons said. "I do have trouble being vulnerable, which seems odd seeing I'm putting my most emotional moments on the internet forever, but I know someone will be able to relate to me."

Social media is beyond capable of causing turbulence in the lives of those who utilize it. However, like most things in the world, every cloud (or digital app) has a silver lining. Simmons has found that connections, even ones fostered through high-speed data sharing within the vacuum of space, can be a valuable thing. "I've received emails and messages from viewers sharing their own stories, and it warms my heart that they trust me enough to confide in me about such serious matters," he said. "My hope is that the reception outside of the trans community is also positive, and I want the show to continue growing as the community and I do." 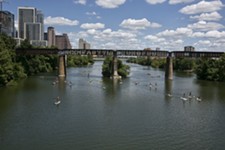 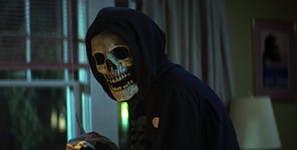