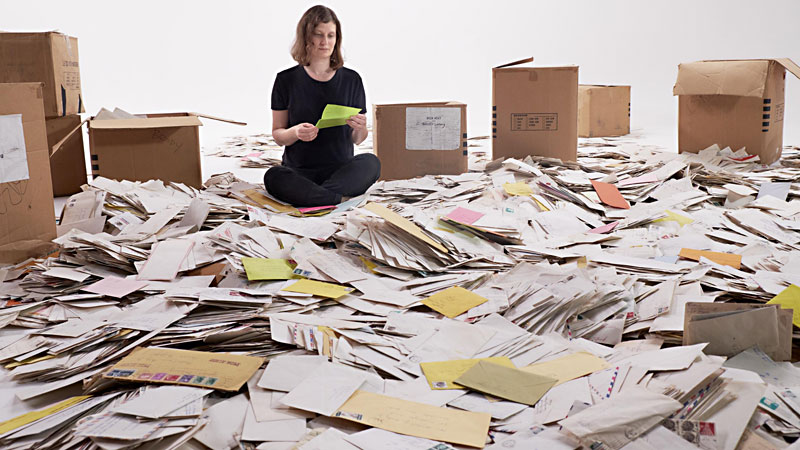 Dateline: New York, 1970, Michael James Brody Jr. announces he's giving away $25 million to make the world a better place. In his endeavor to act as the herald of a totally far-out new age of peace and love, the heir to the Jelke oleomargarine fortune became a media sensation, and an answer to the hardships of working-class people. The story of SXSW documentary Dear Mr. Brody is one that sees an entire nation, failed by their institutions, drawn to a man who could be their savior. But it also sees a 21-year-old millionaire who crumbles under the weight of bounced checks, media scrutiny, hard drugs, and a torrent of begging letters.

If you've never heard Brody's name before, don't worry: His story was almost lost to history. "I came to this story kind of luckily, to be honest with you," confessed Austin-based director Keith Maitland. Maitland's wife/producing partner Sarah Wilson learned about Brody from college roommate Melissa Robyn Glassman (featured in and a producer of the film), who was working for renowned producer Ed Pressman, who was developing a movie about Brody in the Seventies that never came to fruition. Sent to Pressman's storage unit to do inventory, she discovered 12 large cardboard boxes, all stuffed with thousands of letters all addressed to Brody. All of them were unopened.

While Brody's eccentricities serve as the film's baseline, its heartbeat lies in all those letters. Maitland foregrounds them by both featuring original writers re-reading their own letters and doing reenactments with actors. He explained, "I love telling true stories but what I really want to do is I want to play make-believe. Those re-creations are a way to kind of cross the threshold from the written text in the letters to a more experiential appreciation."

Maitland's last feature, the critically acclaimed Tower, was praised for its unconventional upending of the documentary formula by using rotoscope animation to re-create the events of the 1966 University of Texas Tower shooting. That film's ambitious style was mostly born from the hindrances of limited archival footage and the crew's inability to shoot re-creation footage on the UT campus. In contrast, Maitland had plenty to work with for Brody: interviews with subjects who knew him personally, numerous voices behind the collection of letters, and an abundance of footage from various sources. "I always try to find the form that speaks to what the story needs," Maitland said. "This took the form that it took based out of all those different parts working together."

Originally meant to premiere in April 2020, Maitland finds solace amid the film's delay in the enduring nature of what the letters represent. "These letters have sat there for 50 years, but it kind of doesn't matter if they sit there another year or even another 10 years because the stories in these letters are timeless," he said. "The problems they're contending with are identical to the problems of the world today and they'll be identical to the problems of the world in the future, too."