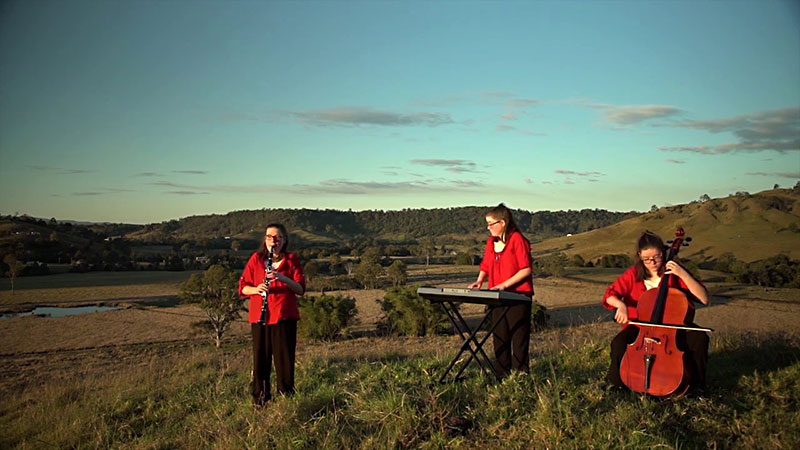 Not even the penetrating blackness of a Sith lord's cloak outfit can disguise the notion of a stereotype long permeating through cinema. "Darth Vader gets golden raspberries for being a huge negative stereotype of a disability," said William Greer, the passionate film festival director of Cinema Touching Disability. "He's scarred so he's evil. That is the typical role about disability."

It's one of the myriad tiresome and familiar tropes, from the lore of Batman to the rogues' gallery of James Bond, that permeate popular fiction: Disability as a sign of inner evil. Greer, who sips coffee from a mug encompassed by Vader's mask, admits his fondness for the Star Wars films while stressing the need for these rigid, ongoing stereotypes to be dismantled to make way for the more acutely tuned, nuanced work those with disabilities deserve.

That's where his film festival, now going into its 15th year, comes in. This year Greer and his team received 501 submissions – an abundance of entries that would make any festival director both smile and sigh. But sifting through that stack doesn't always expose Greer to the form of expression he's seeking. "Some of these films just do not understand disability at all. There are entries that are discriminatory and prejudiced, and the people aren't even aware how bad the message they're sending is."

However, many films fulfilled these desirable guidelines for creative, original work that understands and dismantles such notions, such as closing film Shattering Stereotypes on Mt. Everest. It documents those with disabilities climbing Mount Everest, all of whom made it to base camp; that includes Gary Guller, the first one-armed man to reach the top of Earth's highest mountain. This relationship of people and nature is one of the commonalities from the documentary-shorts over the years, some featured in this year's retrospective program. From "Beneath the Surface," a retrospective film about a quadruple-amputee certified diver's handling of a life that can sometimes literally be faced with a hammerhead shark, to "Kayaking Outtasight," a document of blind veterans undertaking an expedition from Montana to Yosemite, the festival presents audiences with ambitious endeavors driven by an interior drive most can only wish to achieve.

One of the most immediately eye-catching expressive forces comes from the Australian-born 14-year-old Tilly Jones, star and subject of opening film Tilly's Symphony. Jones, who has cerebral palsy, is able to play five instruments and compose classical pieces for a full orchestra (her talents will be seen outside of the moving image during her preshow performances Friday and Saturday night). "I'm 49 and I'm lucky if I can sing off-key," said Greer, for whom Jones is the embodiment of a festival whose flourishing heart is concerned with inclusivity and "people with disabilities that don't focus on their disabilities."

Cynicism doesn't seem to hold a place in Greer's world. While he rightfully struggles with the negative stereotypes that still emerge from the Hollywood machine (some unintentional), his joy for what's happening from filmmakers with disabilities is overwhelming, an aura that clearly translates to this year's lineup. "There are a surprising number of filmmakers with disabilities if you know the right avenue to find them."