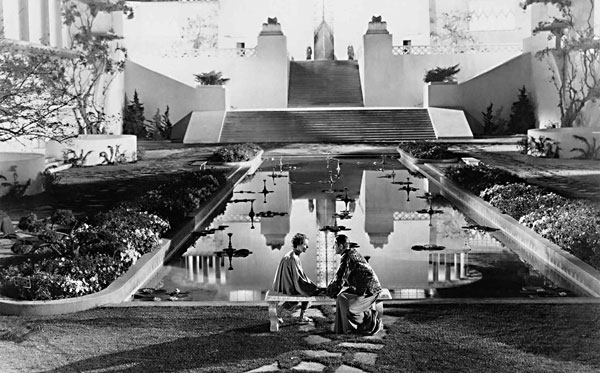 The modern line on Frank Capra was that he was a cornball, but that read skips a lot of chapters, like the one on the suicidal streak that runs through so many of his pictures, or the one on the iffy political agenda he pushed. In any case, "sentimental" may be a dirty word, but does it sound better as "full of feeling"?

Shortly after the Japanese bombed Pearl Harbor, Capra – then one of the most respected and financially rewarded film directors of the day – abandoned Hollywood to enlist in the U.S. Army Signal Corps, where he masterminded the seven-film propaganda series Why We Fight. But why was this particular man, a Sicilian immigrant who rose from self-described "alley rat" to the very top of Tinseltown, moved to fight? For some insight, you might read between the lines of Capra's Thirties films – or sometimes just read the lines themselves; subtlety was not his métier – for a clue into what Capra was fighting for. A new Austin Film Society series gives audiences the opportunity to sample four of those pre-war films.

If you only know the "Capra corn" comedies, then 1937's melodrama Lost Horizon is a revelation. An adaptation (by Robert Riskin) of James Hilton's novel, which first introduced the concept of the utopian Shangri-La, Lost Horizon presents a rousing mix of adventure, suspense, romance, and spiritualism. Ronald Colman (who made British urbaneness approachable – quite a feat) plays a diplomat who arrives under mysterious circumstances at a remote Tibetan city called Shangri-La, where no one gets old or ever squabbles over money or love. Maybe it's the thin air, but everybody just gets nicer there. Peripherally, the film presents a fascinating portrait of a ready convert niggled with doubt that he's just joined a cult. More foregrounded is the film's sincere belief in the righteousness of a community founded on kindness and equanimity. Step away from that light, and the landscape is bleak, as the film graphically evokes in its breathless, snowy third act.

Capra made two films in the late Thirties pairing Jimmy Stewart and Jean Arthur: the flimsy, antic You Can't Take It With You (adapted from George S. Kaufman's play) and the defining American agitprop, Mr. Smith Goes to Washington. The common thread is Jean Arthur's magnetism; she could pull a man's gaze with the elastic tackiness of Laffy Taffy. You Can't Take It With You is a sweet goof swaddling radical anti-tax and anti-big- business beliefs, while Mr. Smith is more sober in its admittedly strident pulpit speech. The latter opens with an overly cynical, mulish depiction of systemic corruption (no surprise, it was decried at the time for its lousy ambassadorship of the American political system). But the film catches heat lightning when its two human foils and their clashing philosophies – Stewart's golly-me patriotism and Arthur's hard-earned jadedness – finally tangle, tear apart, and reconnect for a common cause – the Constitution! – gorgeously framed in shadow at the foot of the Lincoln Memorial. Both films celebrate the triumph of the individual over the machine, be it corporate or political.

Capra's earlier work, 1933's The Bitter Tea of General Yen, a forbidden romance starring Barbara Stanwyck as a kidnapped missionary in China, may be the most radical film in the series. It doesn't sit well from a 2015 perch: General Yen is played by the Nordic actor Nils Asther, made to look (cartoonishly) Asian with clipped eyelashes and slanted eyelids, and the biggest speaking part tendered by an Asian actor goes to Japanese-American Toshia Mori. And yet: The film, in its limited way, challenged miscegenation laws, and it is irrefutably withering in its depiction of Western imperialism and racist attitudes about the "yellow swine." Capra wasn't colorblind, but he did have strong feelings about the "master-race crud" the Axis alliance was pushing. In Capra's canon, man would have mastery of no one.

All screenings are at the Marchesa Hall & Theatre, 6226 Middle Fiskville. For more info, visit www.austinfilm.org. 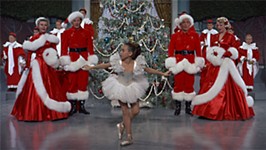