Does the rise of social media mean more art or just more noise? 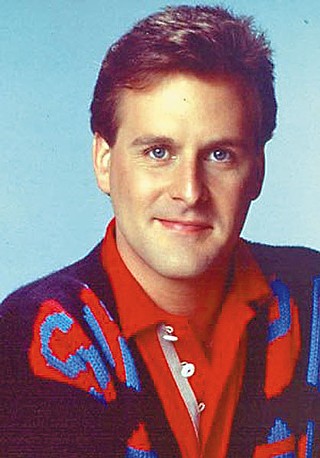 It took decades, but it happened. The perfect depiction of a cherished cultural icon, Dave Coulier. Sure, there have been pictures before, but a true likeness must also capture the timelessness and omnipresence of that one-time Full House supporting player – potentially by stacking a single image once a day, every day, forever. Yes, The Same Picture of Dave Coulier Every Day (www.samepicofdavecoulier.tumblr.com) has done it! You can rest now.

Go on, roll your eyes, but it's a good joke executed in the perfect medium: Tumblr, whose structure exaggerates the humorous repetition. But would you consider this ironic meme art? Jeffrey Schnapp, faculty and co-director of the Berkman Center for Internet and Society, intends to discuss the aesthetics of social media and memes in the panel, But Is It Art?.

"Does social media have a distinctive aesthetics? Or does it live a parasitical relationship to genuine forms of culture?" said Schnapp via email. "Though we are still in an early period of [social media] development, I would argue that the answer is yes."

Social media plays an increasingly pivotal role online, where much of our social discourse occurs. "The Internet is the true public sphere of our era, just like public squares were places of posting, exchange, and communication in the era of popular sovereignty (18th century)," remarked Schnapp. "Where the Internet is tendentially distinct from print culture is in the deskilling of content production, which is another way of saying that content production has become democratized."

Carolyn Hassan, director of the Knowle West Media Centre in South Bristol, UK, likely agrees. She works on digital literacy with the Knowle West neighborhood – a 20,000-person community suffering from a socioeconomic digital divide. In an email interview, Hassan wrote, "We believe that social inclusion increasingly also means digital inclusion," which requires both access and the ability to create content. To this end, the Media Centre started the University of Local Knowledge project, whereby they've made more than 900 short films featuring the community's skills and experiences. This is also the topic of her South by Southwest discussion, Community Regeneration Through Digital Literacy. "With ULK, for example, it's not so much giving a voice; people already have a voice. It's about getting heard and finding a context where the context (the knowledge economy) is the important factor."

Creating and receiving the correct information in context poses a challenge for both sides of the digital divide. While the inhabitants of South Bristol face limited access and expertise, a social media overload confronts some who already struggle to keep phones dark during dinner. Caroline Giegerich, founder/editor of the Daily Marauder and blogger for the Huffington Post, takes issue with the distractive nature of social media, which has been linked to attention deficits and online addiction.

During the panel Are We Killing Social With Social?, Giegerich will examine the idea that more media doesn't always lead to greater understanding. "Social media is supposed to empower you to be more social among your friends and find access to information," Giegerich said. "But at some point, do you ruin your ability to be social because you're so involved in sharing with people you don't even know?"

Social media may be novel, but struggling to understand a new medium's aesthetic, its importance, and its healthiest uses is not.

"The contemporary panic about information overload is overdone, in my view," Schnapp said. "It is a panic that has been played and replayed over the course of tens of centuries, particularly during moments of socio-cultural transformation. Seneca was already lamenting data overload in the Roman imperial era. The masters of any existing media regime don't usually like it when a new regime with expanded participation comes about; so they find reasons to reject, critique, poo poo."

If past low-brow, pooh-poohed art is any indication, then that Dave Coulier Tumblr might (and probably should) end up in a museum one day. Either way, haters gonna hate.

Are We Killing Social With Social?

"But Is It Art?": The Aesthetics of Social Culture