We Thank You Very Sweetly 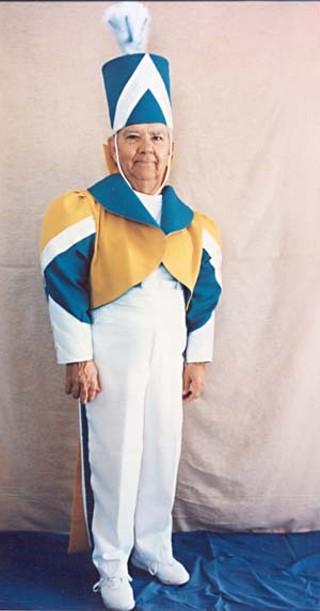 Follow Clarence Swensen down a hotel hallway, and you would be certain he was the biggest film star in Austin. Jaws dropped at the sight of the green fez and spangly uniform that marked him as an authentic Munchkin from The Wizard of Oz. He was quickly surrounded by a mix of college students and middle-agers begging for autographs. (Following the code of the handful of living Munchkins, he required $5 payment.)

I was his guide/driver in 2004, as Swensen, who died Feb. 25 at age 91, spoke at a convention of college journalists in Austin. His Pflugerville home was stashed full of Oz memorabilia, but his memories were even clearer. Judy Garland was just a sweet 16-year-old who invited the Munchkins into her trailer and gave each an autographed photo. Toto the dog received $125 a week to act while the Munchkins were paid $50 each. Clark Gable, who was filming Gone With the Wind on a neighboring set, chatted up all of Swensen's wide-eyed 4 feet 6¾ inches ("Don't forget the three-quarters!" Swensen joked) but never once mentioned the movie business.

Swensen told me of the prejudice he faced growing up in Austin as a little person, of how the movie business was a youthful lark. Before Oz, he played seven roles in campy little people Western The Terror of Tiny Town – one was the sole speaking part of his career – and later donned a chimp suit for Tarzan Finds a Son! with Johnny Weissmuller.

He was 22 when Oz filmed, and his future wife, Myrna, was only 13. An inflamed appendix stopped her from traveling to California for the Oz shoot, ending her shot at Munchkin fame. Her father, also a little person, had traveled the country from 1917 to 1925 as Buster Brown, and Myrna had tap danced and sang at a traveling Midget Village that stopped at the Dallas World's Fair in 1936.

But Myrna and Clarence, married 65 years, together found a second Oz wind after Clarence retired from a technical job at the University of Texas. He donned the Munchkin uniform once more, and the pair attended 15 to 20 conventions a year, becoming best friends with fellow Munchkin Margaret Pellegrini, who is known as the Flowerpot Lady. Clarence knew his place: Four rows back on the end as the Munchkin army leads Dorothy off to see the Wizard. Ultimately, the classic film taught the Swensens real lessons about life and love. About what it really means to live a big life. "Everybody has courage if they use it," Myrna Swensen told me then. "Everybody has a head. Everybody has a heart if they use it."