Julia and Isaiah Zagar in son Jeremiah's In a Dream

When Jeremiah Zagar was a film student at Emerson College in 1999, his mom, Julia, suggested he make a film about his dad, Isaiah Zagar, the legendary Philadelphia mosaic artist who, since the late Sixties, has been chronicling the twists, turns, and quirks of his interior life on more than 50,000 feet of that city's South Street walls. This seemed an excellent idea to Zagar fils, who at the time thought he knew the trajectory of a film about the artistically driven dad that he, Mom, and brother Ezekiel (biblical prophet namesakes all) loved and revered. Wrong. Dad's story, it turns out, bore more a resemblance to his labyrinthine, Keith Haring-esque murals than his son had any reason to suspect.

A few months into the initial shoot, Jeremiah felt that he'd been able to capture only the superficial story, the one that Isaiah proffered and offered up to the camera. So, he asked Dad to go off with him to their summer home where he could "tell me all his secrets." Those "secrets" of a past, which included being molested as a child and bouts of commitment for mental illness, made Jeremiah realize that a film about Dad and his labor-intensive murals would necessarily be more far-ranging and emotionally complicated than he'd originally assumed. At that point, the filmmaker recalls thinking that the film would now be about three things: his dad's "art, his memories, and his love for my mother." Commuting from college over the next four years, Jeremiah filmed his intense, artsy/unconventional, but closely knit family at random family junctures. Then the bombshell that Jeremiah could not have anticipated. With Jeremiah's camera running at a restaurant as his parents prepared to retrieve Ezekiel from drug rehab, Isaiah reveals to his wife of 43 years that he'd been having an affair with his assistant for the past three years. The Zagars separated that night, and at that point, a film about a driven mural artist's art, memories, and love for his wife morphed into one about the implosion of the Zagar marriage.

Much like Alan Berliner (Nobody's Business) and Doug Block (51 Birch Street), to name just two filmmakers of recent vintage who could not avert their eyes upon learning painful truths about their parents' marriages, Jeremiah (who cites the influence of films such as Crumb, Tarnation, and Mr. Death: The Rise and Fall of Fred A. Leuchter, Jr.) was similarly unable to turn his camera off. He recalls shooting for 16 hours the day of the marital revelation. In a testament to the power of fly-on-the-wall filmmaking and subjects who are able to ignore the camera, we experience the unvarnished rage that Isaiah's revelation triggers in his wife, both in the car on the way to pick up Ezekiel (they've initially decided not to rock the boat of their son's newly acquired equilibrium with the news) and later, in a calmer moment, when she candidly admits to her sons that they had "a nutty father." She says she doesn't know how she picked him, but sadly, she did, mourning that it was not merely "a marriage that had been crushed but an entire belief system formed over 43 years." The film then follows Isaiah's ensuing physical and mental deterioration, as he's cast from the family and realizes what he's brought upon himself.

At the time, Jeremiah recalls being behind the camera and excited to be capturing this kind of human drama on film, followed immediately with "the horrible realization that it's your family. Somehow, I found it easier to keep going than to stop. The camera buys you some protection from what you're filming. If you film it, you can deal with it," he says, adding that it took him three more years to finish the film. "Probably this is the way war and crime-scene photographers feel: If you have the camera in front of your face, you're doing a job and can handle the situation." But he also believes, upon further reflection, that the camera served a salutary purpose for his parents: "It provided a forum for my father to be honest with me and later to be honest with my mother."

The Zagars later reconcile, and the beginning of this process is shown in the film. Jeremiah credits his co-editor, Keiko Deguchi, with adding dimensionality to and softening the way Isaiah comes across in the film. Before Deguchi came on board, Jeremiah admits that the film "was a little bit mean to my dad," reflecting only his anger at him. Deguchi, married and with children, was able to cut in scenes that fleshed out some of the issues that Jeremiah had never experienced and which also effectively visually narrated his parents' denouement.

The first feature film for the now-27-year-old filmmaker – he has made several award-winning shorts, including 2002's "Delhi House" – has been remarkably successful. It premiered at South by Southwest 08, where it snagged the Emerging Visions Audience Award and, among other festival kudos, will be seen on HBO.

AFS Documentary Tour presents In a Dream on Wednesday, Dec. 17, 7pm, at the Alamo Drafthouse at the Ritz. Director Jeremiah Zagar and producer Jeremy Yaches will be in attendance. Tickets are $4 for AFS members and $6 for the general public. For more information, visit www.austinfilm.org. 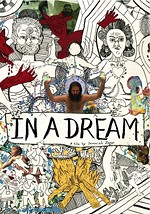 In a Dream
A fascinating portrait of an artist and adulterer