A smattering of kids games for gifting 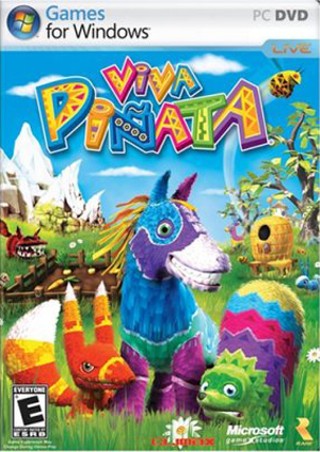 Rated 'E' for Everyone

Video games aimed at little kids are usually short knockoffs of other games and/or desperate tie-ins with the year's hottest TV show or movie. OK, so they're pretty much like any other game. Regardless, your intrepid reviewer dug into a pile of recent kids' games and found a couple of gems worth giving to the little tykes in your life.

Viva Piñata (Microsoft) was released last year on the Xbox 360 and just recently for the PC. Aimed at casual adult gamers and little kids alike, this whimsical title puts you in control of a large garden in which you cultivate plants and build structures in order to get living piñata creatures to move in. (Don't worry; it makes sense.) Each of the many "breeds" has its own personality, and watching them interact is a real treat. Eventually you'll have to deal with predators and prey, as well as some piñatas that just don't like one another. You can't "win" this game, but instead you can just keep adding to your garden in order to see what happens. It's great in short bursts and a fantastic way to unwind after a hard day at the office (or playground).

The real surprise is Hannah Montana: Music Jam (Disney). This recent Nintendo DS release features a regular adventure plotline involving some sort of music-video crisis, but the fascinating part is the music game. It's a little like Guitar Hero or Rock Band, except you use the stylus to play drums, guitar, or bass. You can play along with their songs or just create your own. You can even team up with three others to make a virtual band over the DS' built-in wireless. This is a rare game that actually encourages creativity and would make a great stocking stuffer for any Hannah Montana fan.

Ben 10: Protector of Earth (D3 Publisher) for the DS is a straightforward side-scrolling brawler, based on the popular Nick Jr. show. Ben can take many alien forms, and each provides unique powers necessary to beat certain enemies and solve the puzzles in the game. Each alien form is different and provides some surprising depth to what could have been a lazy tie-in. The game isn't very difficult, which is probably good given the expected audience. 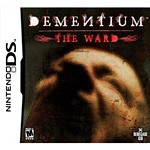