Yes, but Is It Good Drama? 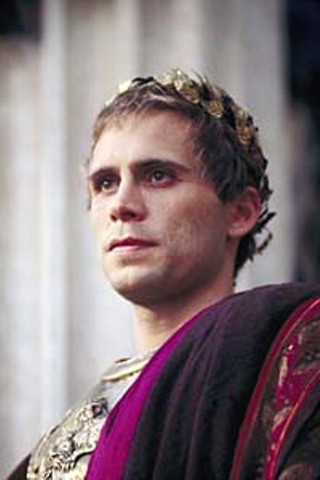 TNT defends its claim to "know drama" with the new miniseries Caesar.

When Turner Network Television began its "We Know Drama" campaign more than a year ago, it was launching into shallow waters. Let's face it. The modern TV movie had become something of a joke when compared to precursors like Playhouse 90 from television's early days. Those productions were really broadcast plays, featuring top-notch actors, writers, and directors excited to exploit the new medium. Things started to change in the Seventies. Movies shot on location, made explicitly for the small screen appeared, as did the hierarchy between big-screen films and small-screen TV movies. Although nearly all the networks had a berth for a movie of the week in the Seventies and Eighties, working on a TV movie was a sign that an acting career was in decline. (Notable exceptions include the early Hallmark films.)

The appearance of the miniseries in the late Seventies shook things up by creating the TV event. As miniseries enjoyed greater financial support and prestige, TV movies declined in quality and quantity. The form soon fermented into disease-of-the-week tearjerkers, ripped-from-the-headlines tell-alls, or one-episode soap operas with pedestrian writing, uneven acting, and even worse titles (Mother, May I Sleep With Danger? is one of my favorites).

While network television invests less airtime and resources in them, TV movies have gained prominence on cable, thanks to powerhouses like HBO, Showtime, A&E, and smaller cable nets like Lifetime and the Sci Fi Channel. Can it be that the TV movie is respectable again? Maybe so, if TNT's Caesar is any indication. The two-part film (billed as a miniseries) features one of the most impressive TNT film casts to date: Jeremy Sisto (Six Feet Under), Christopher Walken (Pulp Fiction), Chris Noth (Sex and the City), and the late Richard Harris (Harry Potter and the Chamber of Secrets).

Unlike Shakespeare's Julius Caesar, the script by Peter Pruce (HBO's Rasputin) and Craig Warner (TNT's Mists of Avalon) focuses on the early days of Caesar's life, providing a portrait of a leader capable of greatness, hobbled by vulnerabilities, and destroyed by arrogance. However, Caesar is not the sole center of the film. The Roman Empire, with its appreciation of philosophy, democracy, and education (for the nobility, anyway) provides an interesting, if not startling, mirror to the present. Rising to power through aggression and the belief that Roman culture is superior, the Roman Empire is shown not so much as a golden age of political thought and reason as much as it is the creation of a few powerful, highly flawed men. One of the most chilling scenes in Caesar is the famous assassination in the Senate chambers. Unlike depictions highlighting the melodramatic violence, the brutality of his assassins, who were fueled by fear and jealousy, is present, making the murder in the Senate chambers by so-called noble men that much more horrific.

Sisto gives a well-calculated performance as Caesar. Noth is suitable as Roman Gen. Pompey, Caesar's onetime friend, later archenemy, and Harris is simply superb as the tyrannical Roman dictator Sulla (alas, his screen time is brief, but oh so glorious). As Caesar's most vocal critic Cato, Walken provides many telling stares and commentary. Still, no one does them better.

Caesar airs Sunday and Monday, June 29-30. Don't have cable? Don't worry. Caesar, like many TNT films, is sure to appear at your local video store in due time.

Now this is melodrama: The expressionless Alec Baldwin stars in Second Nature as a man who emerges from near death and tries to resume his life as a high-level government agent based in London. He has problems. A lovely psychiatrist helps, as does his tough father figure/boss (Powers Boothe), who is anxious for his top agent (Baldwin) to get back in the game. Aside from Baldwin's stony performance and situations that test logic, the film turns from thriller to mystery, and finally a soft-hearted meditation on second chances. Hey, it's not high art, but a darn good guilty pleasure. Second Nature premieres on June 22, 7pm, on TNT, with encores throughout June.