The Sound of One Psycho Cracking 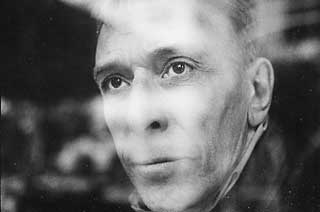 American Psycho, which opens nationwide this week, is a movie that comes with a lot of baggage attached. Comparisons, preconceptions, premonitions, and heated discussions are sure to dog this highly charged movie. However, one aspect of the film that is indisputable is the importance of the soundtrack. For one thing, this story's psychopath finds his soulless identity reflected in the catchy but vacant gloss of Eighties pop tunes (indeed, we could wonder whether the film's now notorious scene shaved by the filmmakers to avoid an NC-17 rating was offensive so much for its sexual depictions as for the fact that it's choreographed to Phil Collins' pinnacle of pop inanity, "Sussudio"). For another thing, the original music for American Psycho is composed by John Cale. Long a legend as one of the founding members of the Velvet Underground, Cale has had a long, prolific, and diverse solo career. This Welshman's musical range runs from classical to rock, and from the lyrical to the homicidal. He has produced seminal albums for several other artists (Patti Smith, Jonathan Richman, and Nico, among them) and also has nearly 20 movie soundtracks to his credit. American Psycho director Mary Harron (who also employed Cale on her previous movie, I Shot Andy Warhol) used Cale's musical dexterity to create an aural counterbalance in American Psycho. She describes his work as "going for a soulful, even melancholy sound to complement the soundtrack's poppy brightness." While Cale was in town last month for a SXSW showcase and to participate in the Sterling Morrison tribute at the Austin Music Awards, the musician took time to sit and reflect on his movie career.

Austin Chronicle: It's a real interesting musical thing between all the music that the American Psycho script required -- all the Eighties pop stuff -- and then also the original soundtrack and effects.

AC: That's all your work?

JC: The sound design? No. That was an issue at the beginning because there were some of these things ... I remember having a discussion with Mary [Harron, the director and co-screenwriter] about how horrendous she wanted this scene to be. There were actually animal noises that would really fit into this. I said, "You really have to be careful of these." It was such a sane conversation. It was hysterical. I said, "Well you know, the FBI in Waco used rabbits squealing" [as part of their aural campaign to drive out the Branch Davidians]. And I said, "Would you like me to go and see if I could get that?" And they said, "Yeah, we could look into that." And the other guy, the editor, was there, and he said, "I really don't think you're going to be able to get it because the whole thing is under judicial review, and it's probably locked in the vault." But somebody sat around and made these horrendous tapes.

AC: And they also used auditory assault when they tried to drive Noriega from the Vatican embassy.

JC: It all goes back to Vietnam. They would broadcast ghosts of ancestors of the Vietnamese just to get them spooked. The government has a whole sound department we're not aware of.

AC: You do relatively little movie work compared with your solo output.

JC: No, I do a lot in Europe. If it weren't for the French government I would be poor. I just finished two. One [Love Me] was a Johnny Hallyday [a major French heartthrob] movie that was based on Elvis songs -- there's an inevitability about that. The new one is called Saint-Cyr by Patricia Mazuy. It's about the French Academy before it became a military academy. That is when Madame Maintenon [Isabelle Huppert] turned it into a girls school in the hope of raising the profile of young ladies. She became horrified when they got to the age of puberty because [playwright Jean] Racine came and wrote them a play and they discovered their sensuality through the rehearsal of the play. Of course Racine was a troublemaker, and all of a sudden the court comes to look at the play and Madame suddenly realizes they're looking at these girls like in a bordello. And she immediately gets horrified and turns it into a monastery. And she has all these children in there. I also recently did Philippe Garrel's Le Vent de la Nuit with Catherine Deneuve, which is currently playing in New York. Last year I had two films in Cannes. This year I have one -- Saint-Cyr.

AC: Some of your first film work was Caged Heat and Something Wild for Jonathan Demme, a filmmaker whose musical choices are so intrinsic to his style of filmmaking.

JC: He knows more about music than a lot of the music industry. I'd like to work with him again.

AC: You also seem to get all the Warhol movies that come along. I didn't realize that your very first movie was Warhol's Heat until I looked up your filmography.

JC: You know Mike Figgis is doing what Andy did with Chelsea Girls. The new movie [Time Code] is split screen.

AC: Have you seen it?

JC: No, but I have a friend at Panavision and he was telling me how he did it, which is very interesting. Skewed the soundtrack. There were four things going on and they followed the soundtrack into every one of them.

AC: Soundtrack is one of those things that is so important yet it's almost subliminal and subtle so that people don't notice it. 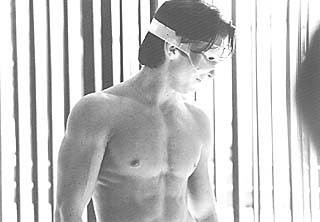 JC: Some of that stuff in American Psycho was the Mediaeval Baebes, this band I produced in England. On the first murder scene at the ATM machine they did something very interesting with the tracks of the song because it was only three tracks, I think, the whole thing -- the voice, the dulcimer, and the violin -- and they took it up to Toronto and when it came back there was a flashback use of it with another murder, and that's scary enough. But later on, when he's about to be discovered, it comes back in again, but they made something out of the vocal. She holds a note. They made that note about 10 times longer, and it really multiplies the effect.

AC: It's amazing the kinds of alterations that can be done now with electronic manipulation.

JC: What's really fascinating is the 5.1 mixes for soundtracks. A lot of people are putting out records with 5.1 mixes in them.

AC: Do you do most of your composing with a piano?

JC: No, I do it in the studio on samplers and everything else. And then give somebody a file, they score it up, and go into the studio, hire the musicians, and off you go.

AC: They do the scoring?

JC: No, I say this one goes here, this one goes there. I tell them little tricks here and there. I have a really good guy I work with in New York. Essential because you haven't got very much time once you get in there and you've got like 50 people waiting.

AC: So how does that compare with working for yourself, the demands of coordinating with all these people?

AC: I would imagine that it would require you to call on different parts of yourself, more of the classical training that can score stuff.

JC: The interesting stuff is where you get the mixture of the two. Where you really don't know where you're going. And suddenly you land on something by mistake and it's shocking and exhilarating at the same time. Sometimes you find it with found art. With Julian Schnabel's movie [Basquiat], for instance, he came to me with a complete score. He had all this classical stuff he had chosen in there. And I said, "Julian, you know you can't ask me to just replicate this stuff. It's just not right." And he understood that. It's when you get wedded to a certain thing, you're never going to be able ... especially if you're cutting to something. I mean, you've got to get the rights before you start cutting to something. I've started understanding how some of these filmmakers wanted me to give them music to shoot to. And at the time I was insecure about my skills and just didn't understand how a director could really shape something from doing it that way. Now I do.

AC: How did you get involved with doing two films for Mary Harron?

AC: How did you respond to the end product of American Psycho?

JC: The whole thing is about loss of identity. It's like losing your precious bodily fluids on the screen because of that mistaken-identity issue that's all the way through it. It grinds away at you. The most disturbing thing to me was that nobody knew who the hell anybody else was -- it was like walking with a blindfold through life.

I hope it does well. Mary deserves a little break here. She's been around the block with this thing.