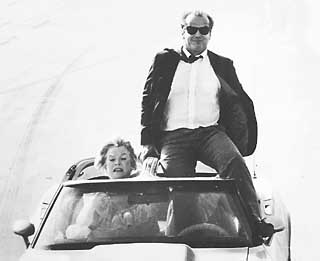 Terms of Endearment with James L. Brooks in attendance

The AHOFF film festival begins Thursday, Oct. 7 and continues through Thursday, Oct. 14. Some highlights include an opening-night screening of Body Shots, a Gen X drama of love and debauch starring Sean Patrick Flannery, Jerry O'Connell, and American Pie's Tara Reid; Natural Selection, a comic thriller about a serial killer in East Texas starring Darren Burrows, News Radio's Stephen Root, and David Carradine (in attendance); a screening of Nashville, with an introduction by and Q&A with director Robert Altman; a tribute to director James L. Brooks, which includes a screening of his classic weeper Terms of Endearment; the regional premiere of the smash Japanese animated samurai tale Princess Mononoke, with English translator and noted author Neil Gaiman in attendance; actor Frank Whaley's directorial debut, Joe the King, a sad tale of childhood abuse that stars Val Kilmer, John Leguizamo, Noah Fleiss, and Ethan Hawke; the regional premiere of Pedro Almodóvar's Cannes winner (for Best Director) All About My Mother; the closing night screening of a Bob Wills documentary followed by a performance from Austin favorites Asleep at the Wheel. Some other festival participants include Guillermo del Toro, Karen Black, and Harry Knowles. For more details, check the complete screening schedule or call 800/310-FEST or visit http://www.austinfilmfestival.org for other info. The screenings take place at five theatres around town: Paramount (713 Congress), Dobie (2025 Guadalupe) Alamo Drafthouse (409 Colorado), Arbor (10000 Research), and Austin Music Hall (208 Nueces).

11:45pm Attack of the Bat Monsters*Dobie 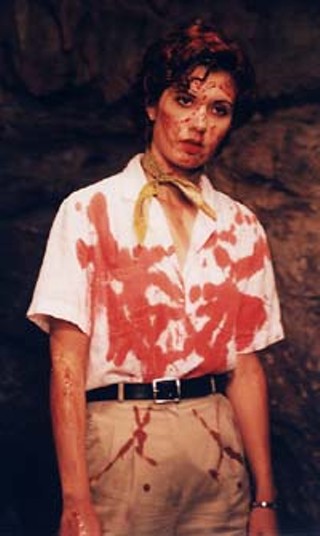 Attack of the Bat Monsters

7:30pm The Book That Wrote Itself*

7:45pm Afraid of Everything*

7pm All About My Mother* 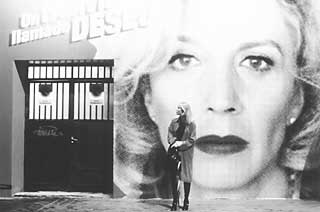 7:15pm The Book That Wrote Itself*

(followed by music by Asleep at the Wheel)Alamo

7:30pm The Museum of Television and Radio

*Filmmakers and/or cast in attendance